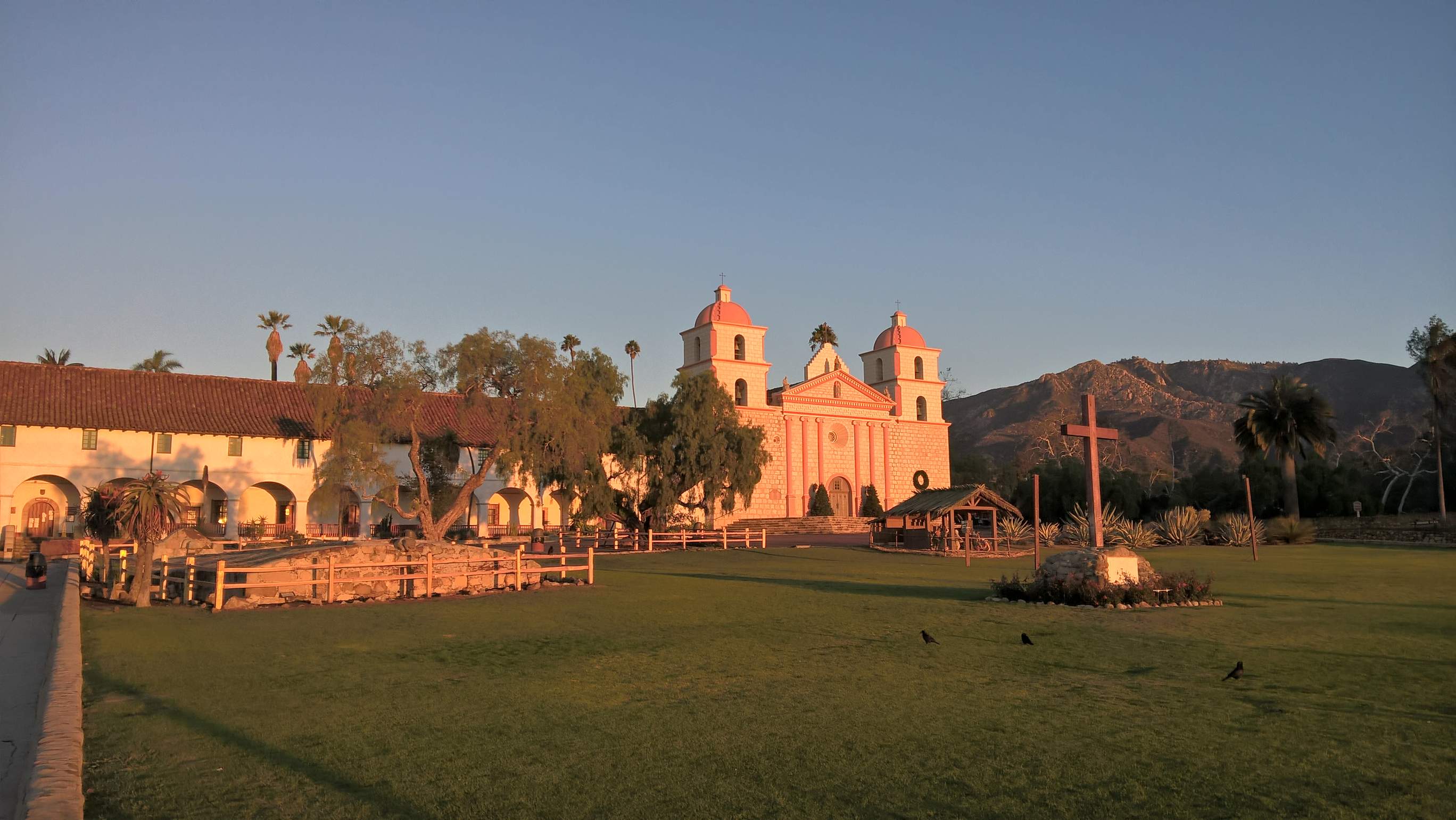 In hindsight, the idea was perfectly sound. I had not done a coastal drive along California’s beautiful Pacific Coast in at least a dozen years, so I figured that while I visiting family in Stockton for the holidays, I would fly into a farther airport and take Highway 1 up to the Central Valley. I could also stop through Santa Barbara—a city I had heard nice things about from several people (including my sister-in-law who went to college there)—and check out the town a little.

But on the day I flew in to the Santa Ana airport, my flight was delayed by a couple hours and I hit the infamous Los Angeles traffic. Worse, huge amounts of rain were creating rivers out of the highways to the point where my rather uninspiring 2016 Chevrolet Malibu rental car was hydroplaning. It got dark before I ever made it to Santa Barbara. And my time the next day was very limited due to having to return the rental car in Stockton by 1:30 p.m.

At least I managed to wake up and depart from a hotel early enough the next morning to do a few things. First, I drove over to Mission Santa Barbara where I promptly parked and ran a short Strava segment. It was not my most inspired effort, but enough to set a course record (one I am fairly certain will be broken before the year is over).

One reason for the not super speedy pace (5:52/mile over 0.5 miles despite being at sea level) was that the course had some hills I had not anticipated. I should not have been surprised, however, since one of the great things I had heard about Santa Barbara was how close the mountains were despite being right next to the Pacific.

Indeed, it is unusual for a town to feature crashing ocean waves just a few miles from the foothills. I got to experience the former for about ten minutes at Arroyo Burro Beach before having to hop back into the car to make my way north and farther inland to Stockton.

So it was a very short trip, and I never did get to drive Highway 1. Nevertheless, it was a good introduction to the area. Next time I will have to give myself many more hours or even days.