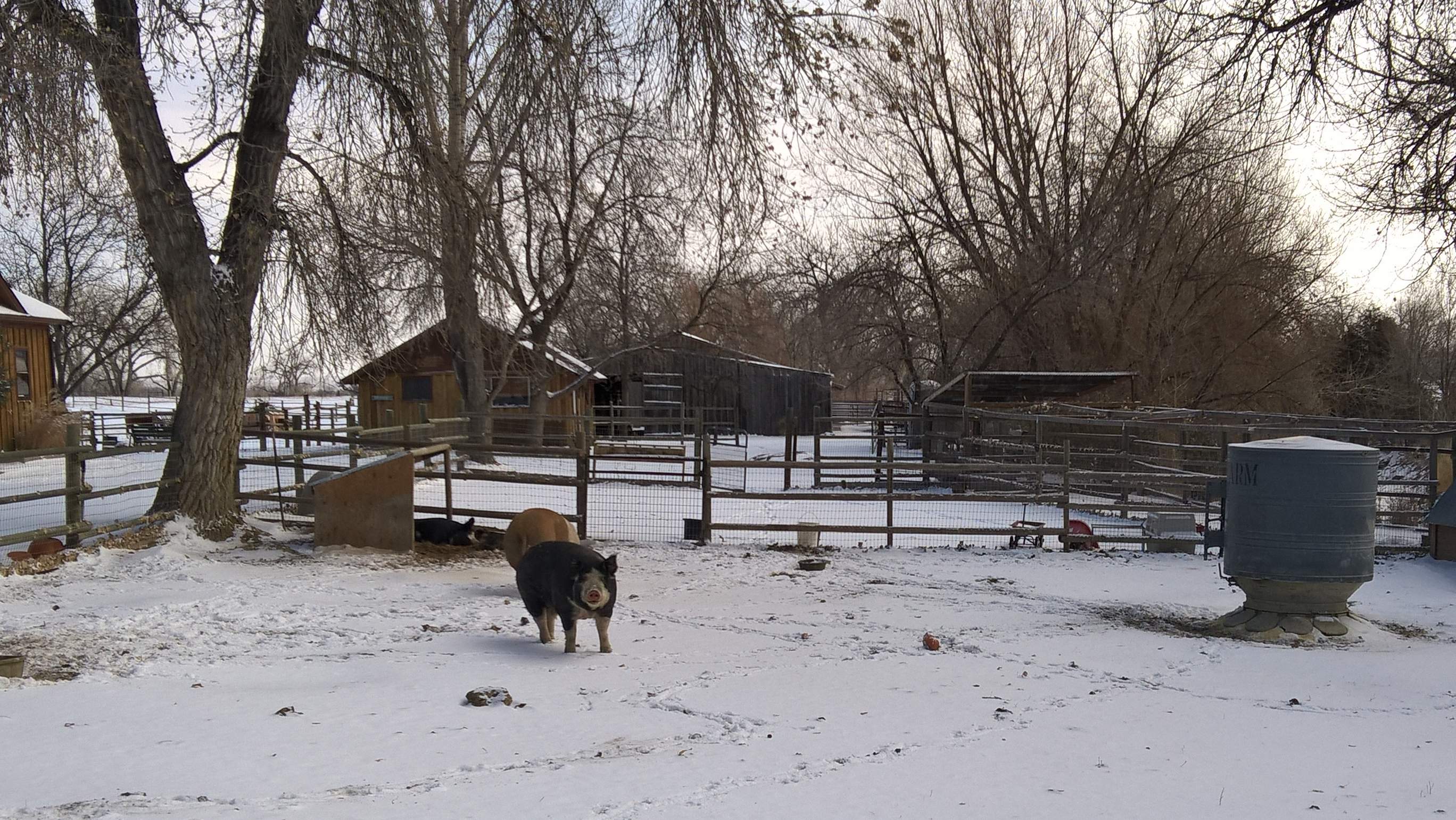 “The Chub Run returns,” proclaimed my friend Nick about a fun run that has occurred in years past during the middle of December. I intended to participate this year but a few days before the event was already reconsidering. Blame it on the weather forecast for snow with a high of -1 degrees Fahrenheit, which did not seem rather wise to run in lest to risk getting a case of hypothermia and/or frostbite.

During Winter Bike to Work Day—while warming up inside Happy Lucky’s Teahouse after working outside in 15F as a volunteer bicycle mechanic—I told my friend Brad about these concerns. “There is no such thing as bad weather,” he said, “only bad clothing.”

“I think I have only bad clothing then,” I replied. But did I?

As the day of the Chub Run got closer I gradually built up resolve to participate on that ridiculously frigid day. Then, the night before the snow started barreling down and I lost the motivation to drive all the way over to Nick’s home in the Horsetooth hills. With the slippery roads, it would take 50 or so minutes to motor over there. I had a baby reception to attend during the late morning and it seemed a bit too ambitious to do both events with the weather and driving involved.

So instead, I decided to run around my neighborhood in solidarity with the Chub runners. I ended up running 10 kilometers. This is what I wore:

How did the run go wearing the above? I overheated! After only a couple of miles I already was unzipping the jackets. When I returned home the base short-sleeved T-shirt was even a bit damp.

But I really enjoyed the run and listening to the pitter patter of my light footsteps in the not-so-thick layers of snow. I also took delight in the tranquility of the surroundings. Almost nobody else was out: I only saw a couple of cars rolling down the streets. And a couple of kids ice skating at Richards Lake. And a couple of hogs mucking around on a farm.

“Ha, those are the Ultimate Fat Ass Chubster Grandes,” I thought in deference to the Chub Run.

From this experience, I learned several things:

Lastly, I learned that it is a good idea to run on unusually cold days such as this one because it makes running on days over ten degrees seem balmy and unintimidating.