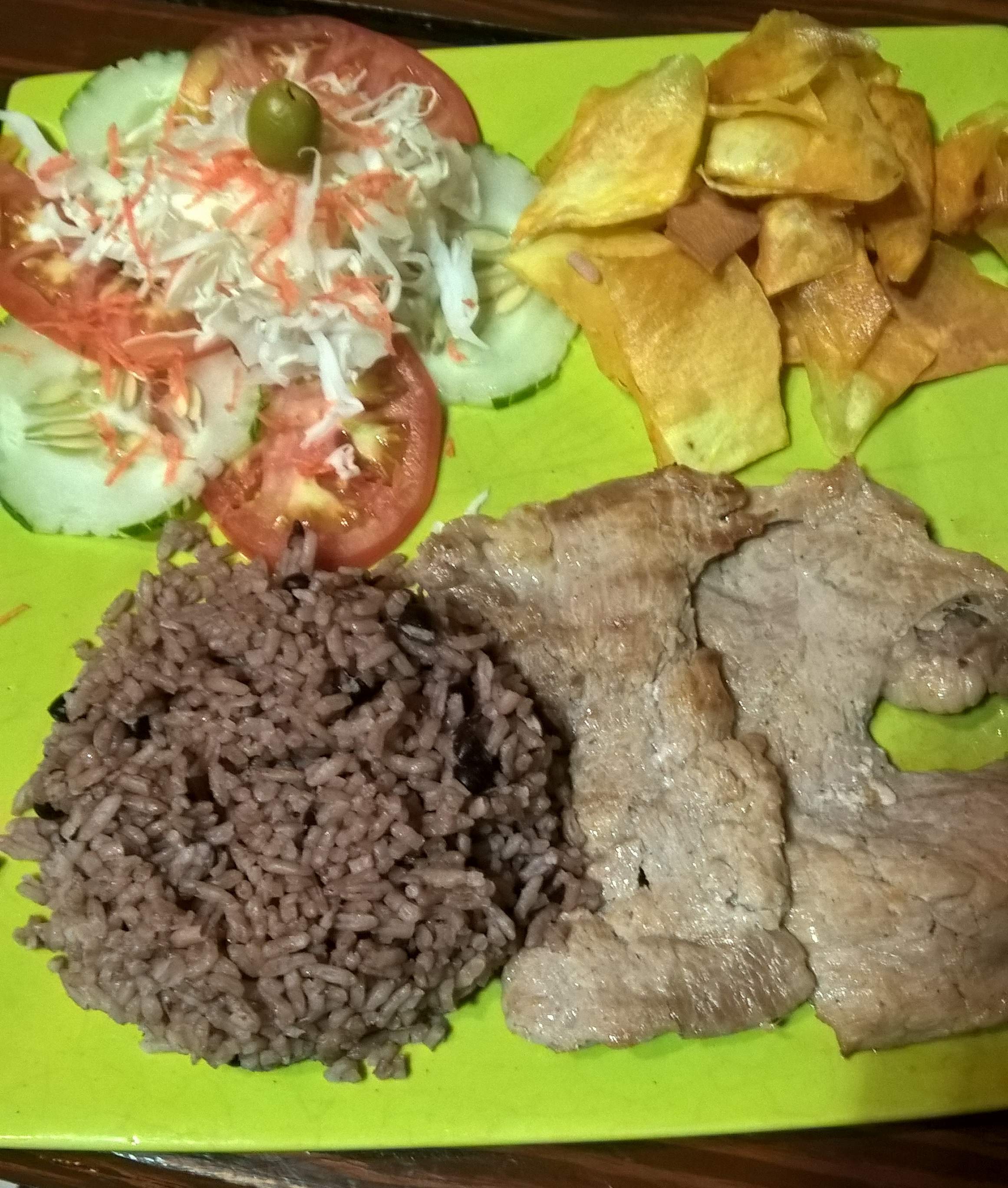 Before going to Cuba I had read on the Internet that food in restaurants in Havana is priced similarly to that the States, and that you often have to wait two hours to receive your food. So I was happy to report after coming back from Cuba that those two descriptions are not true! Sure, there are going to be some overpriced, touristy establishments like El Floridita—a restaurant that Hemingway used to frequent—that sell daiquiris for 6 CUC, for example. (One CUC is roughly equivalent to one U.S. dollar.) But head five or six blocks east on Calle Obispo and you’ll find that at Café Europa—which appears to cater to foreigners but charges more along the lines of local establishments—a similar daiquiri will sell for 2 CUC.

And service—while not nearly up to American standards in terms of attentiveness and friendliness—seems to be improving. We usually did not have to wait more than 20 minutes for our entrées. We even ate at a few restaurants where the host or hostesses talked a lot with us (in Spanish, which most of us spoke pretty well).

One thing we encountered a lot, however, is that restaurants usually do not have about half of the items on the menu. There also is not much variety in food beyond rice and beans, plantains, beef, chicken and pork. For a country surrounded by ocean there was a surprising lack of seafood and fish on the menus, and at coffee shops even simple pastries were usually out of stock.

Cuba has a lot of good cocktails made with rum, however, like mojitos, daiquiris, and Cuba Libres (rum and cola). Across the Canal de Entrada a bit south of El Morro, we encountered an outdoor restaurant serving rum with freshly squeezed, organic sugar cane (4 CUC). It was really good.

Below are photos of other entrées and drinks we had in Cuba.

Can you mak this in spanish? I am making a project for the school and it is for my ESL class and i no can use google translate ↩ Reply