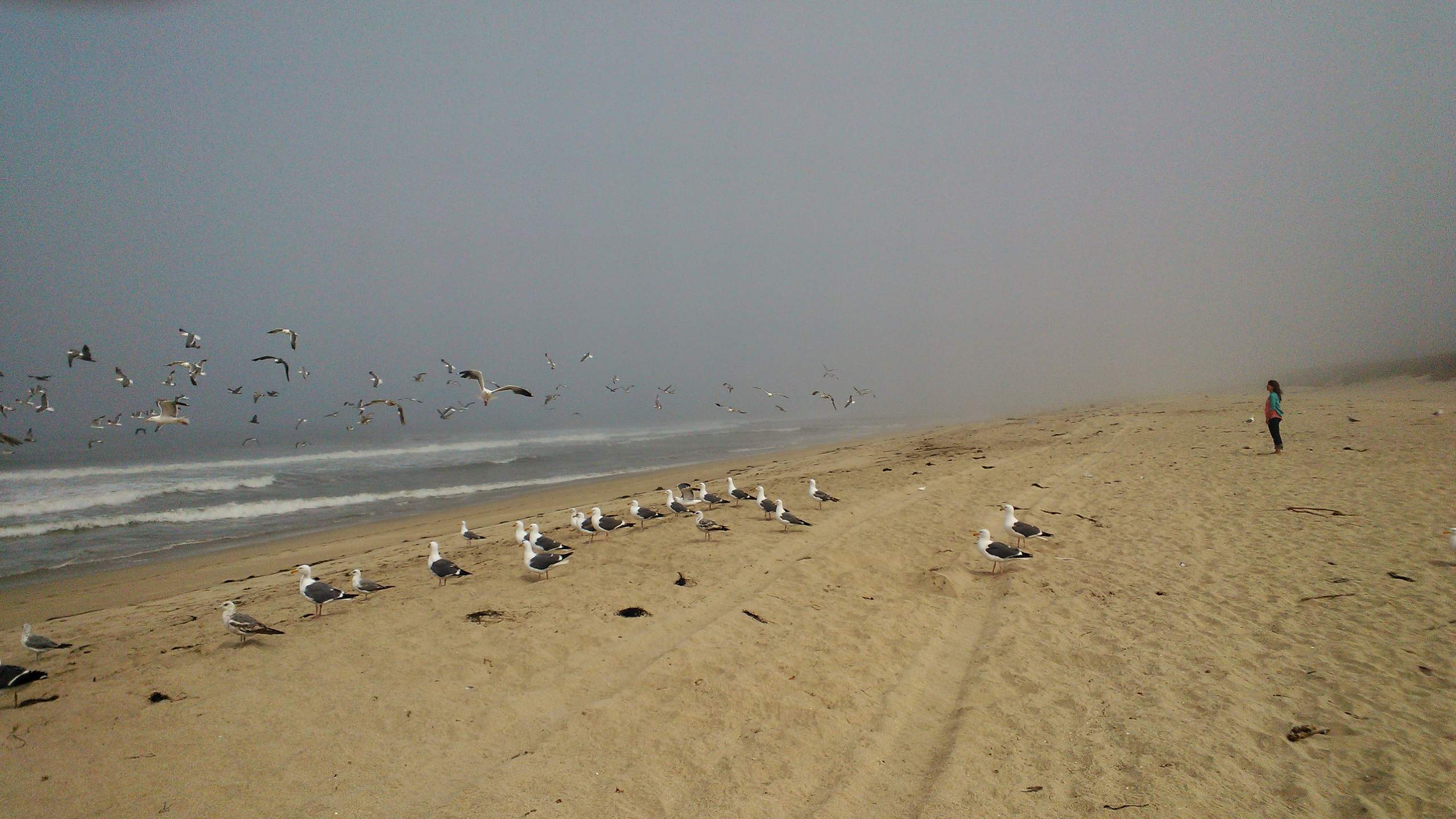 Considering the record-breaking heat wave in the western United States, we were unanimous: during our Bay Area visit, Katia and I would spend some time at the beach. So I booked a hotel walking distance to the Pacific, and voilá: crashing waves and sand under our feet. Lovely.

As it turned out, not only did we stay sufficiently cool, by the time we got back to the hotel after an orange-and-pink sunset, we needed to warm ourselves by taking a hot shower, eating Chinese take-out, and crawling underneath the covers before watching home-renovating episodes on the Home and Garden Network. It was quite a contrast from the day before when it was 103 degrees in the east Bay and Stockton, and my dad had suggested jumping in the swimming pool at 10:00 at night to cool off. (I passed.)

In fact, the next morning was overcast and cool enough that both of us passed on doing any surfing. But we did go for a nice stroll, chased hundreds of birds and then each other, and watched youngsters do some sort of boot camp on the beach—all scenes that could have made for a nice remake of Chariots of Fire.