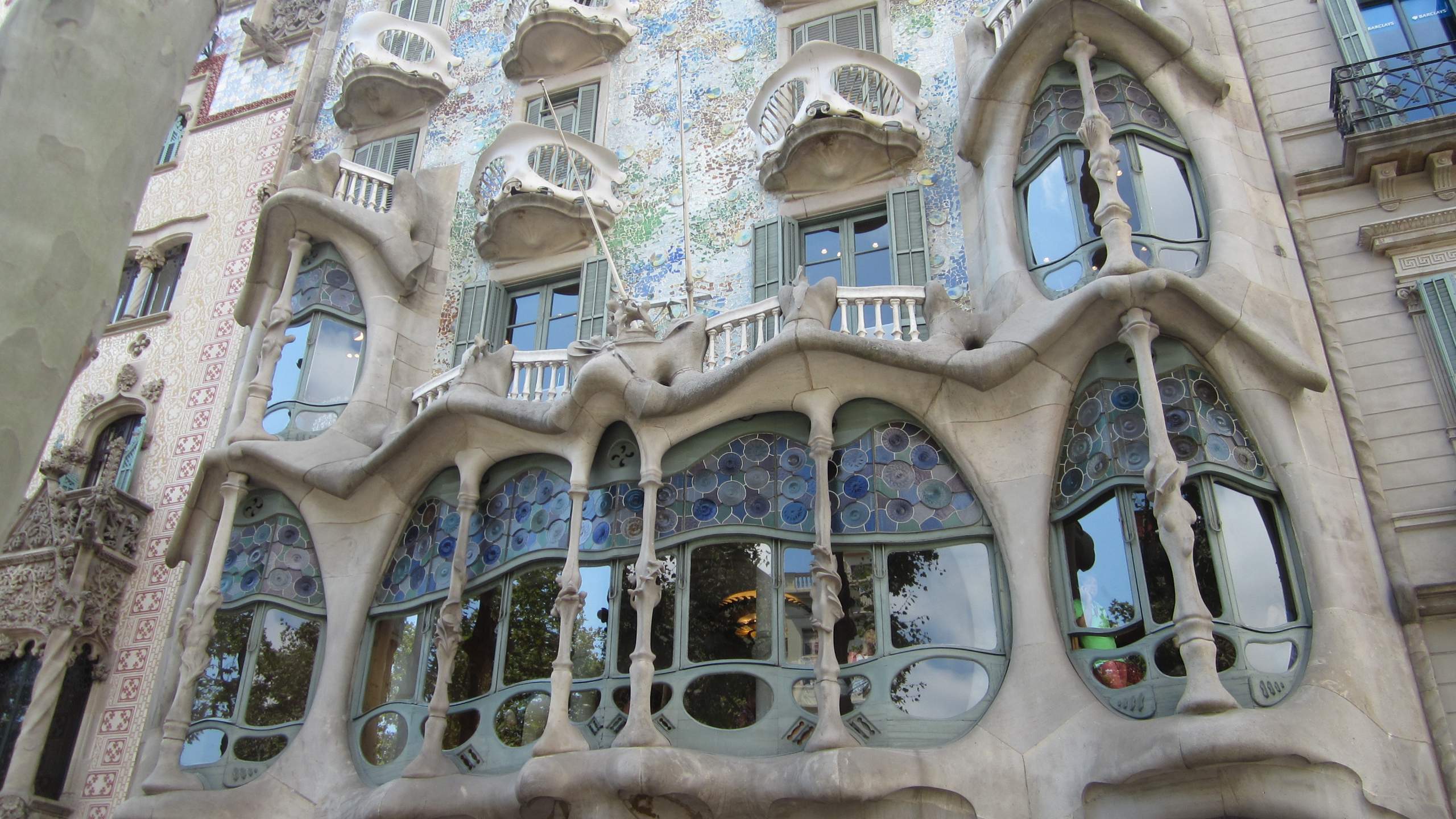 “Haha, when you wrote about Gaudí, at first I thought you meant ‘gaudy,'” texted a friend.

Actually, I am sure that there are many people who would classify Casa Batlló (pronounced “bye-YO”) in Barcelona as gaudy. At least the round protrusions on its ceilings that are shaped like well-endowed women’s boobs, minus the nipples, could be described as such. But aside from those off-beat elements, I really enjoyed touring the house Gaudí designed for Señor Batlló. It was interesting to envision how a wealthy man lived in some rather lavish (and definitely nouveau-art-ish) quarters near the center of Barcelona in the 19th century.

Below are photos. I particularly liked the scale-like texture of the walls, even if the texture was merely hand-painted. (The repeated leaf-like pattern also was replicated in Gaudí’s public masterpiece, Park Güell.) The mushroom-shaped fireplace was particularly creative, and I liked the view of the street below from the dining quarters.

Gaudy or not, this was a place I would have been proud to live in.