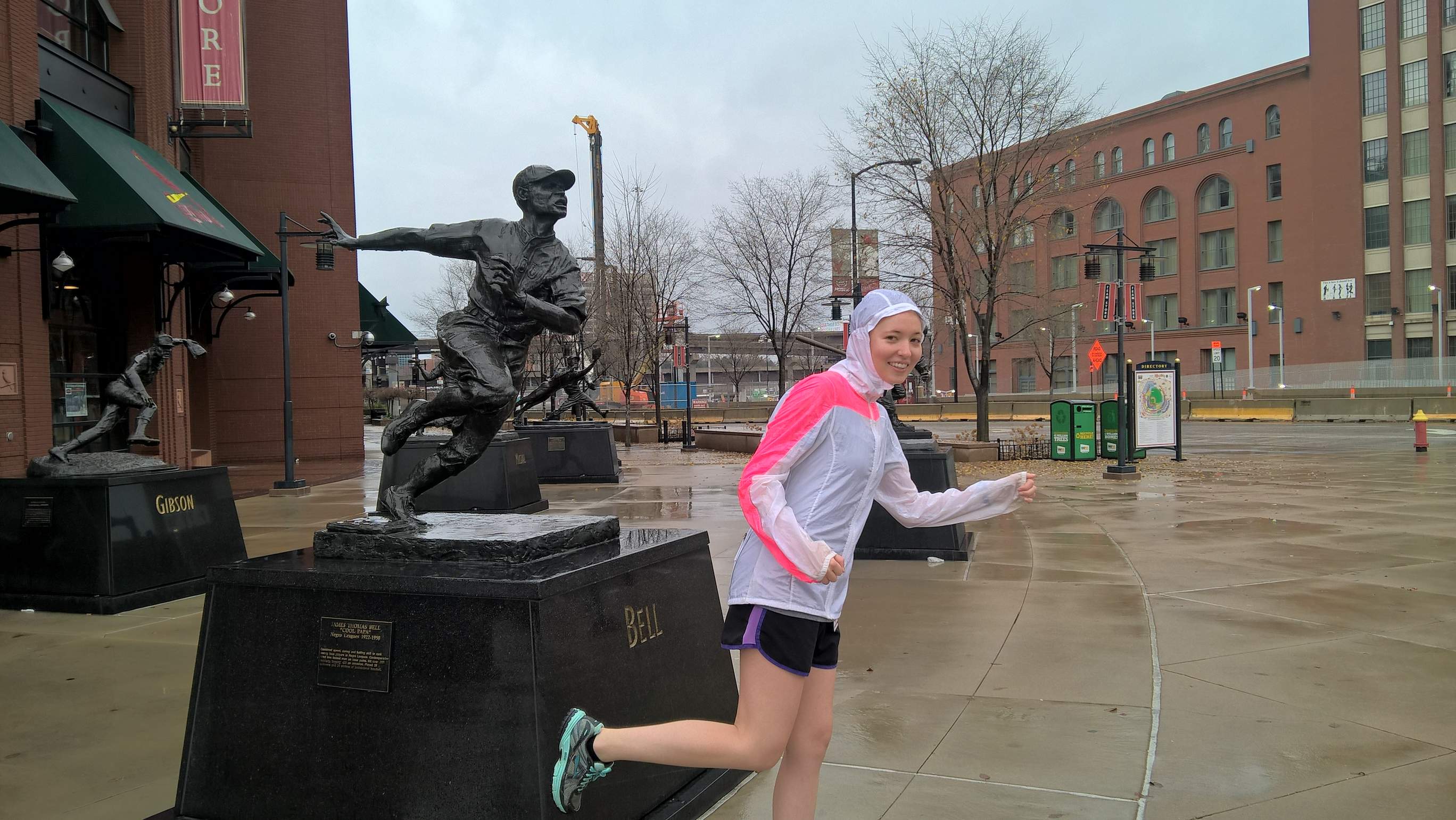 “We should do a St. Louis running tour,” suggested Maureen after her first semester of graduate school at WashU in St. Louis ended this week.

Sounded good to me. There was a even tour company offering one near the Gateway Arch. But for the Sunday we wanted to do the tour, it was not offered by the company. And we will be leaving St. Louis within a few days to head back to Colorado.

No problem! Ultimately we decided do it self-guided which gave us the freedom and flexibility to explore the area whenever we wanted and also saved some greenbacks. I mapped out notable landmarks on Bing maps and designated Maureen as our official tour guide. Thanks to Wikipedia, she was almost as good at telling about the places as she was at posing with statues.

We emerged from the Metrolink at Laclede’s Landing, where I had to do a double take to make sure we were not in France as we passed by a sign pointing the way to Rue de l’Église. From there we commenced the running tour. The total distance was about 1.8 miles, which we covered in under 1.5 hours. As you can see from the photos, it was drizzling all morning. No matter. It did not rain hard and—amazingly for December in St. Louis—it was about 60 degrees Fahrenheit outside, comfortable enough to wear shorts.

These are the notable landmarks we passed by. All descriptions below are from Wikipedia.

Afterwards we went to Hardee’s near the Wainwright Building and the ballpark to devour some All-American grub. This was the first time Maureen or I have ever been to Hardee’s and we tried their Thickburgers. We agreed that they were tasty.