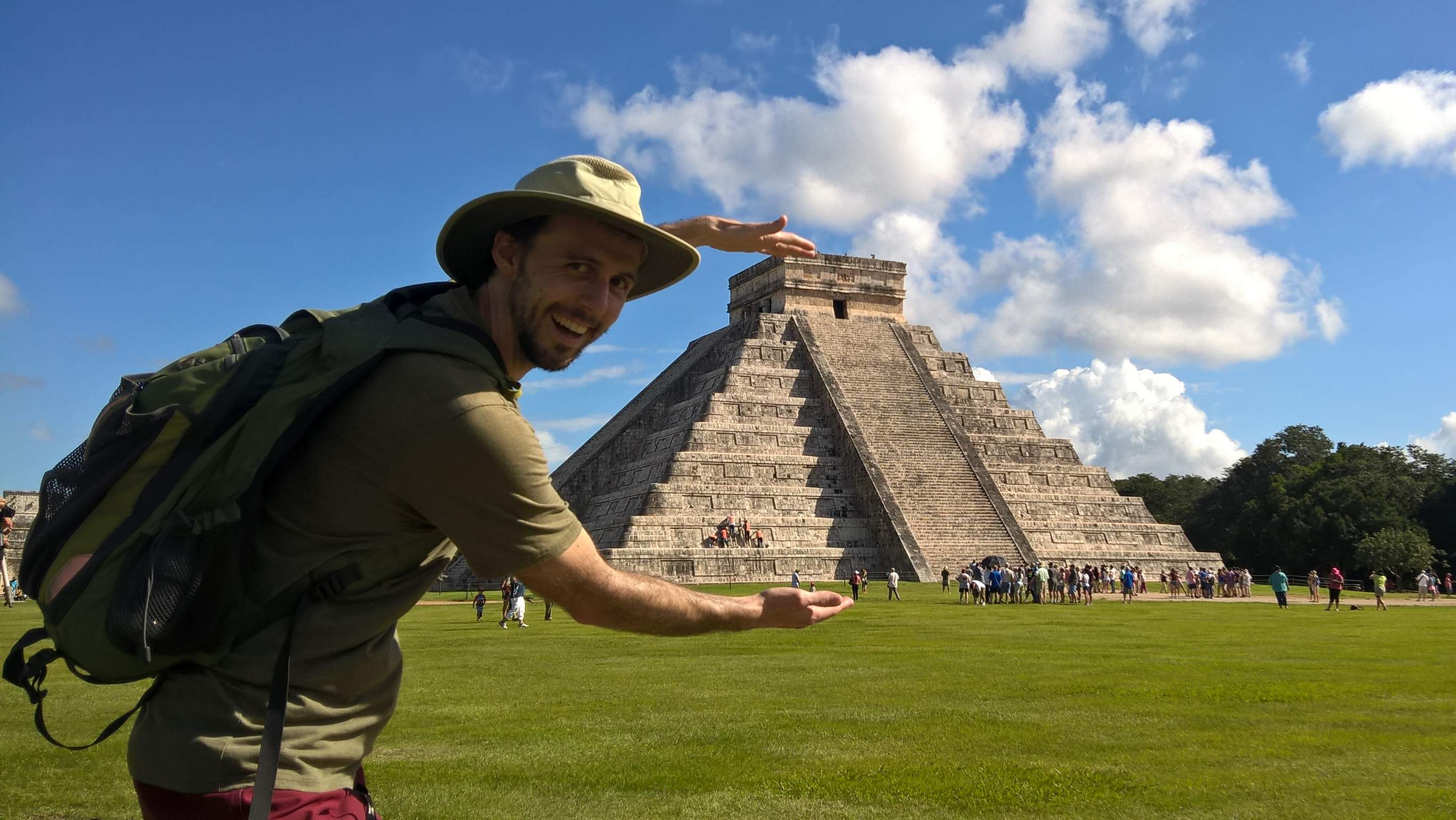 “The tour of Isla Mujeres might not have been worth [the cost],” advised Jana, a spunky Slovenian that we met at the Mezcal Hostel. “But the tour for Chichén Itzá was.”

The tour—booked through the hostel for $49—included all 300 miles of transportation by first-class coach bus, a stop in the Maya village of Zaci-Val (now known by its Mexican name, Valladolid), a Maya buffet lunch in Pisté, two hours at Chichén Itzá, and swimming in the Xcajum Cenote. Most importantly, it had excellent guides who were humorous, knowledgeable and entertaining. They were also spoke in both Spanish and English—making it excellent practice of listening to and practicing Spanish.

So the tour—which picked us up at 7:30 a.m. and dropped us off at the hostel at 8:45 p.m.—definitely offered high value. But what makes Chichén Itzá Mayan Ruins so remarkable in the first place that it was declared one of the New7Wonders of the World?

Here were a few of the interesting facts I learned about Chichén Itzá:

Alberto François and I walked around the ruins for about an hour admiring the architecture and taking photos of ourselves in odd poses. We found the Cenote Sagrada. We also encountered a lizard.

The all-you-can-eat Mayan lunch beforehand was delicious, and the dip into the 72-degree Fahrenheit, freshwater Xcajum Cenote a few miles north of Pisté and Chichén Itzá was very refreshing.

Jana was right. The tour was totally worth the price. Maybe more.