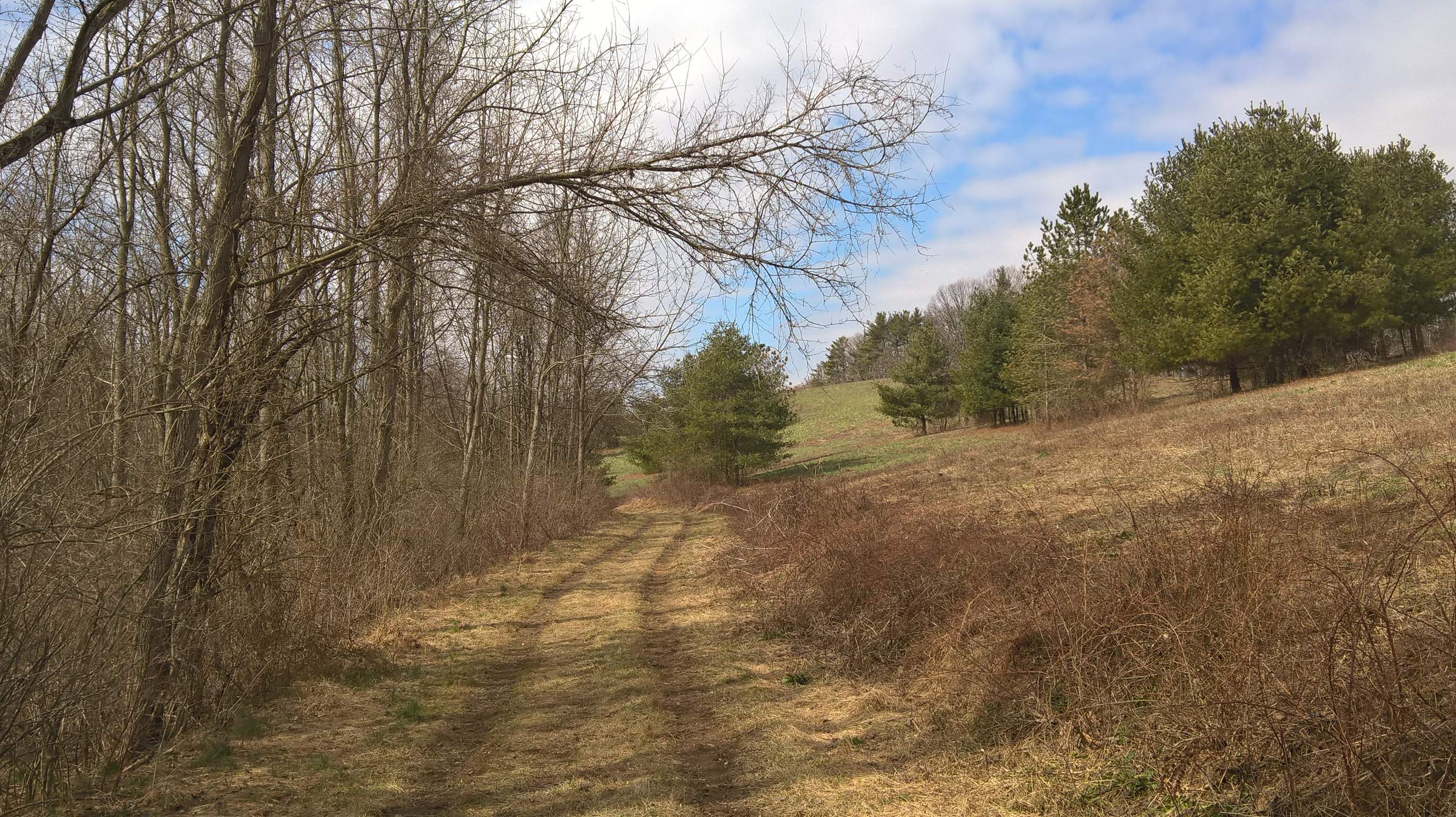 It was Sunday morning, not quite a full day after running Marathon #1 of the weekend and driving three hours from Rockville, Maryland to Reading, Pennsylania. I had hit the snooze button three times already despite getting a full eight hours of sleep, and I was thankful that Marathon #2—the so-called Naked Bavarian for reasons I am entirely unsure of—was beginning at only 8:30 a.m.

“My legs are definitely sore,” I thought to myself after finally rolling off the hotel bed. “But they could be worse.”

I arrived at the Blue Marsh Natural Area with about half an hour to spare and there were people dancing to some rather lively music before the race. Here’s a six-second clip.

I’m not sure if the music could be considered Bavarian, but don’t worry, everyone was fully clothed. The thirty-something degree weather ensured that. Someone, in fact, was even dressed as the Pope.

Like yesterday’s race there were also 130 marathon participants, but this time I lined up at the very back. I had no delusions of being able to run in a class-leading, or even class-averaging, time with 28 miles in my legs already. The good thing was there was no pressure as the time limit was an astounding 10.5 hours. I figured, even if I had to hike the entire course, I should be able to finish without my name landing in the DNF (Did Not Finish) column.

So I the first few miles I was taking photos, walking up hills, and generally taking in the beautiful eastern Pennsylanian scenery and listening to the symphony of birds. I stopped and enjoyed fig bars and potatoes and sipped Mountain Dew at aid stations.

There were a few things interrupting the sense of peace and calm. First there were the speedsters from the 20-mile race—which started 30 minutes after the marathon—that were whizzing by me on narrow singletrack. Then I tripped and nearly fell a few times between Miles 7-9. Finally, a wayward twig that slapped me in the face, drawing a couple millimeters worth of blood just below my left eyebrow. Mostly, however, I was finding the race rather zen-like.

The dynamics of the run began to change after the third aid station at Mile 12. Initially it was because of the terrain.

While the first 12 miles was mainly rolling with some steep-but-short sections here and there, there was a whole mountain put in between Miles 13 to 16. After a stream crossing, the track cut a steep path through a dense grove of trees that shot skyward.

“This is steep!” I exclaimed as I passed a female runner who was walking.

“It’s never ending,” she bewailed. But unfortunately, that notion was incorrect. The trail stopped going up only to nearly as steeply start descending.

I soon realized that as hard it was to run up on severely fatigued limbs, trying to run anything steeply downward sent many times more pangs of pain through my upper legs. Having to brake on a steep downhill requires something of an eccentric contraction, and my quads were absolutely shredded.

But I made it through with many grimaces and otherwise got to the fourth aid station without incident.

“Phew, that section was tough,” I remarked to a volunteer manning it.

“That was eye-opening,” I replied. “But as hard as it was going up, it was even worse coming down.”

“The next section [four miles] is mostly flat,” the volunteer assured me. Turns out he was right.

Not long after, I started treating the marathon more like a true race and stopped doing any walking. My legs were a little more tired than they were when they began hours earlier, but relative to other runnners, there was a much less dramatic increase in soreness as my body was already very fatigued to begin with. So I started passing people.

The last few miles I began to even feel somewhat competitive. There were significant uphills again, but I ran up them, catching several marathoners.

The final kicker was on an uphill stretch less than a mile from the finish, and another runner caught and passed me.

We got to pavement with a quarter of a mile remaining, and with the finishing banner in sight and the course unencumbered by roots or rocks, my road legs kicked in and I decided that I wanted to do a sprint finish. Somehow, body fully obliged without a cramp, and I “beat” the other guy to the line.

Turns out the guy was participating in one of the other race distances, but it felt good to be pick up the pace and sprint in after 53 or 54 total miles of running this weekend.

Now if only I could figure out the reason for the name of this race. Do Bavarians like to run long distance trail races, and if so, would they do them naked?

Great job with the recovery. There's no way I could have done a full marathon the day after doing another marathon (plus)!

Did the "pope" run the race? If so, he must have come out of the race looking like a brown-clothed monk! ↩ Reply

Yep, the "Pope" ran the race and most likely finished way ahead of me. I wonder how muddy he got and whether his outfit was snagging on trees. ↩ Reply

Nice picture of "that hill". It looks more innocent than it felt. Congrats on getting two back to back long runs in one weekend. ↩ Reply

Definitely felt worse than it looks. Great job on your run too! ↩ Reply