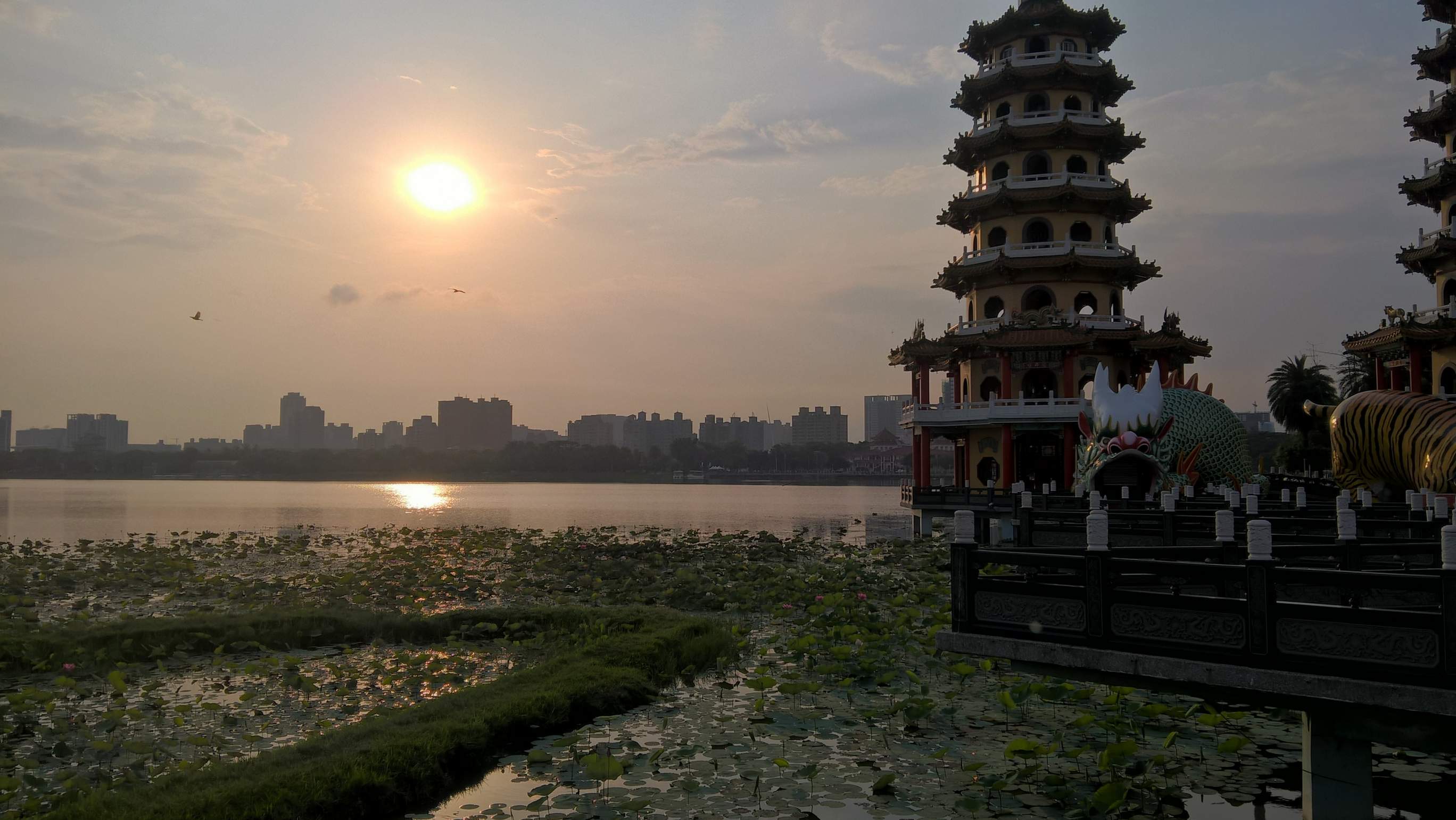 From the Buddha Memorial Center—which is also located in Kaohsiung City—we visited Cijin Wind Turbine Park. Not only is the park right next to the Taiwan Strait, but in has seven wind turbines to generate enough electricity to power the lights at the park for four hours during the night.

After visiting the park we went to the Hanshin Arena Shopping Plaza to eat at Din Tai Fung Restaurant. This restaurant has several locations around the world and is famous for its XiaoLongBao soup dumplings.

Another beautiful place I visited in Kaohsiung happened to be a chance discovery while going for an early morning run on my own from the Garden Villa Hotel. I left the hotel in a random direction, and after a quarter mile encountered Lianchi Lake or Lotus Pond (the different names provided by Bing and Google). I circumnavigated the lake—a distance of just under two miles—while enjoying the morning sunrise over the water and pagodas.