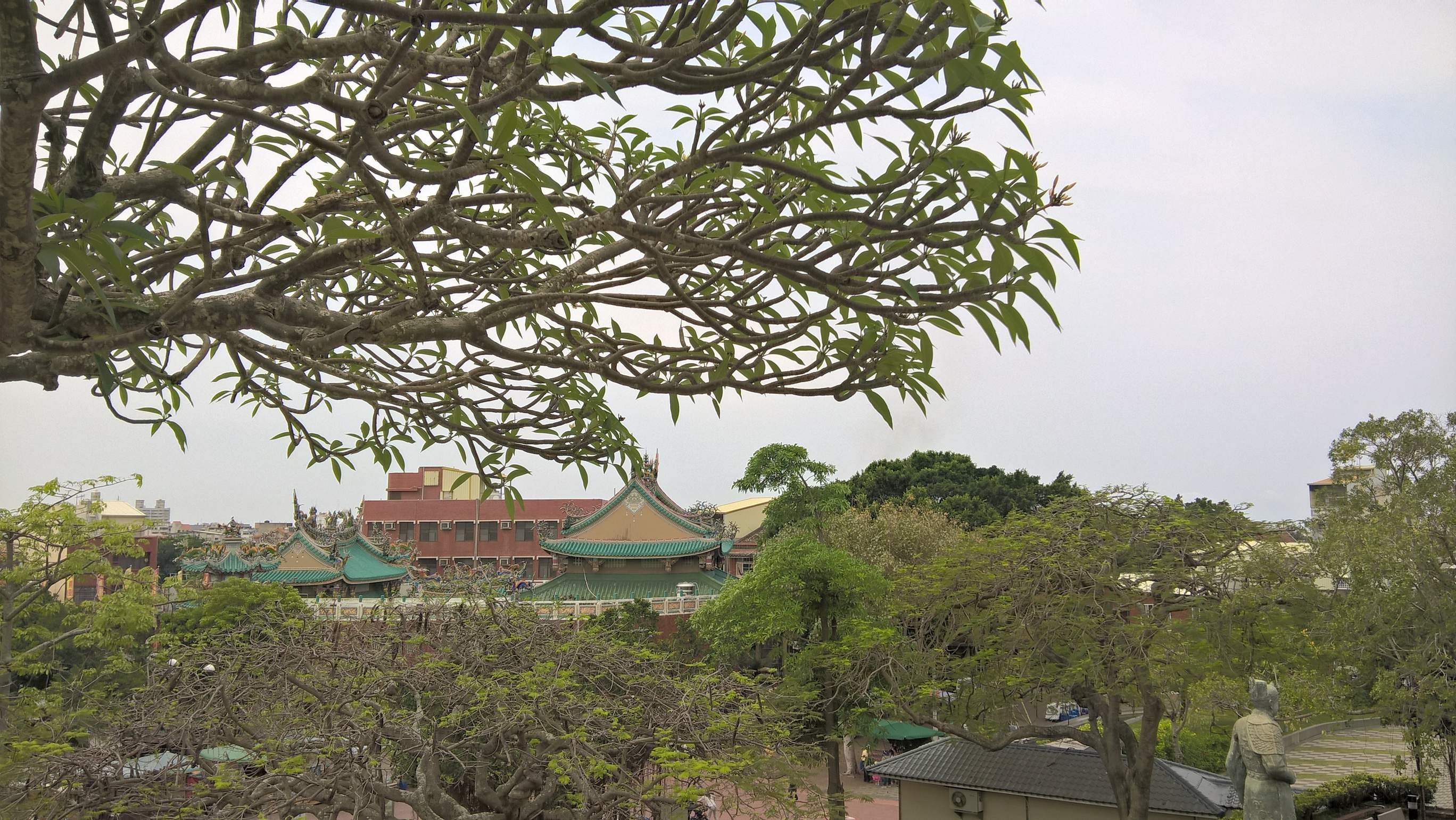 After visiting the Wen Wu Temple at Sun Moon Lake, our tour group went over to Tainan, the oldest city in Taiwan. There is a high-speed train connecting it to Taipei, but we took a tour bus. In Tainan, we visited Fort Zeelandia and Fort Provintia.

The Dutch colonized Taiwan from 1624-1662. Fort Zeelandia was built during 1624-1634 by the Dutch East India Company and became an international business center. Inside the fort was a military and administration center, church, and jail. Ships from here could head to Japan, the Fujian province of China, Vietnam, Thailand, Indonesia, India, Iran or Europe. The current name of the site is actually the Anping Fort.

Fort Provintia was a Dutch outpost built in 1653, destroyed by an earthquake in the 19th century, and rebuilt as the Chihkan Tower. In addition to being architecturally and artistically significant, it hosts a library of dictionaries of the Siraya language spoken by native inhabitants during the Dutch rule.