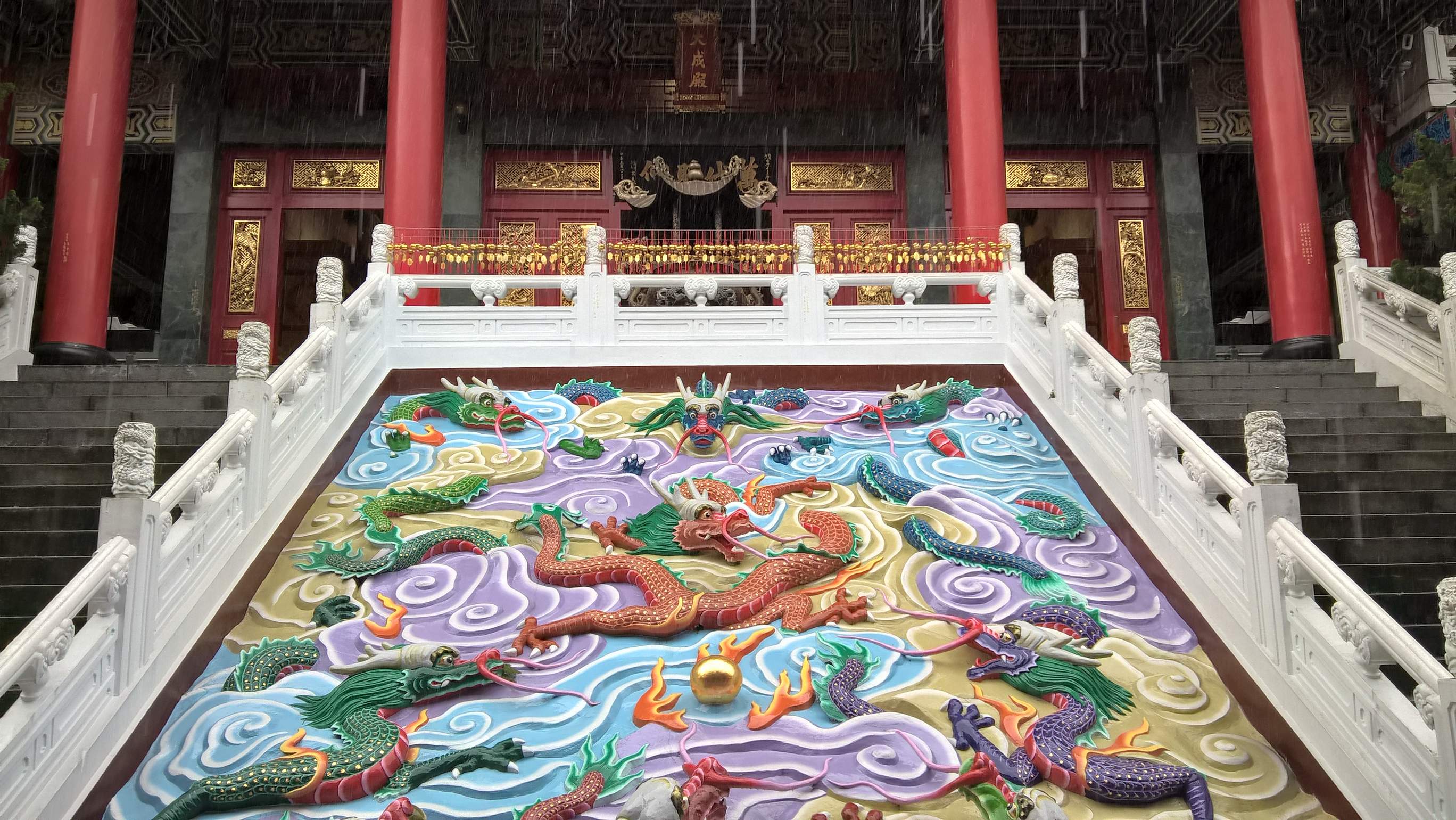 After departing the Cihu Mausoleum, our tour bus went to Sun Moon Lake and the Wen Wu Temple. The lake is Taiwan’s biggest and is located in Yuchi Township, Nantou County. The eastern side is round like the sun and the western side is shaped like the crescent moon; hence its name.

Below is a description of the temple from Wikipedia. A Wen Wu temple is “a Chinese temple venerating both the patron gods of civil and martial affairs in the same temple complex.” As you can see from my photos that follow, it is quite an exquisite place.

Originally, there were two temples on the Sun Moon Lake coast. However, due to the Japanese government plan to generate electricity using the lake, they built a dam and made the water level raise up. The two temples were then torn down and rebuilt at the present location of Wen Wu Temple in 1938.

After the handover of Taiwan from Japan to the Republic of China in 1945, the government spent money to develop the tourism industry around the lake area. Wen Wu temple was rebuilt again in 1969 to make it greater, bigger and looks more like Chinese palace style.

The temple consists of three halls. The first hall located on the second floor of the front hall is a shrine devoted to the First Ancestor Kaiji and the God of Literature. The central hall is devoted to Guan Gong, the God of War and the warrior-God Yue Fei. The rear hall is dedicated to Confucius.

Chinese guardian lions are located in front of the temple, in which one is male and another is female. However, no lions were found for Wen Wu Temples in Mainland China.