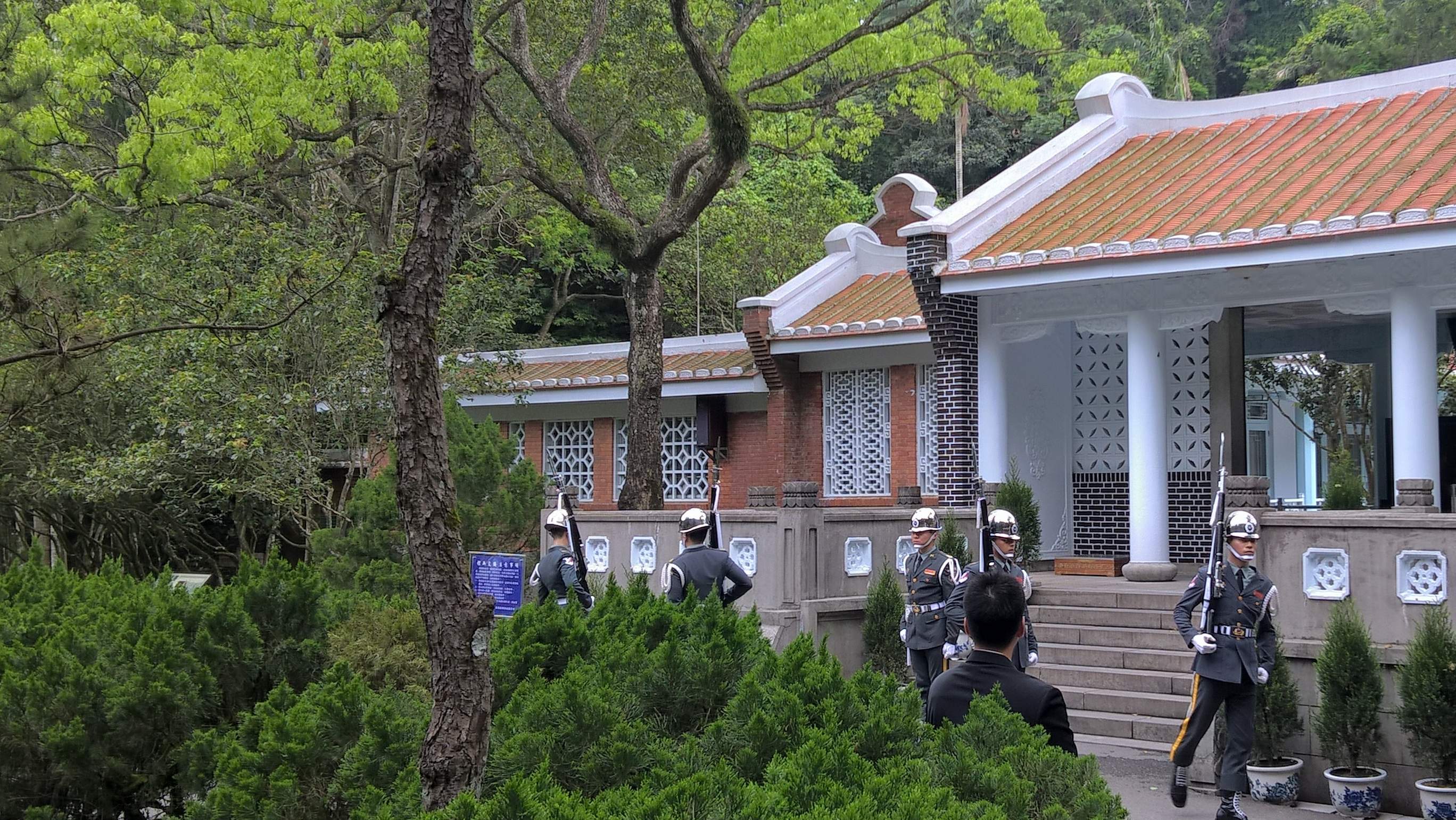 The first stop on the Charming Holidays Taiwan 8-Days Deluxe Tour was the Cihu Mausoleum, where former Republic of China President Chiang Kai-Shek used to live before it was converted into a mausoleum after his death. He named the place Cihu (“benevolent lake”) after his mother—whom he considered generous—and the nearby eight-acre body of water.

When we got there, a changing of the guards ceremony was taking place. Afterwards, tourists could view the sarcophagus he was entombed in in the main hall of the residence. His body remains there even though 1) Chiang Kai-Shek wanted to ultimately be buried in his native city in the Zhejiang province of China once his political party (the Kuomintang, or KMT) recovered the mainland, and 2) daughter-in-law Chiang Fang-liang (widow of President Chiang Ching-kuo, son of Chiang Kai-Shek) asked that both Chiang Ching-kuo and Chiang Kai Shek be buried in Taipei County but moved to the mainland in the event of reunification of Taiwan with China.

Many Taiwanese—especially those who are pro-independence—consider Chiang Kai-shek to be a brutal dictator, so they won’t visit this site.

Photographing the inside of the mausoleum is forbidden, since in Taiwanese culture photographing tombs, gravestones, etc. is considered disrespectful towards the dead.

About half a mile from the residence is a collection of statues, mostly of Chiang Kai-shek that were rounded up from around the island of Taiwan in 2007 and 2008 when the ruling Democratic Progressive Party decided to remove vestiges of the man they view as a ruthless dictator.