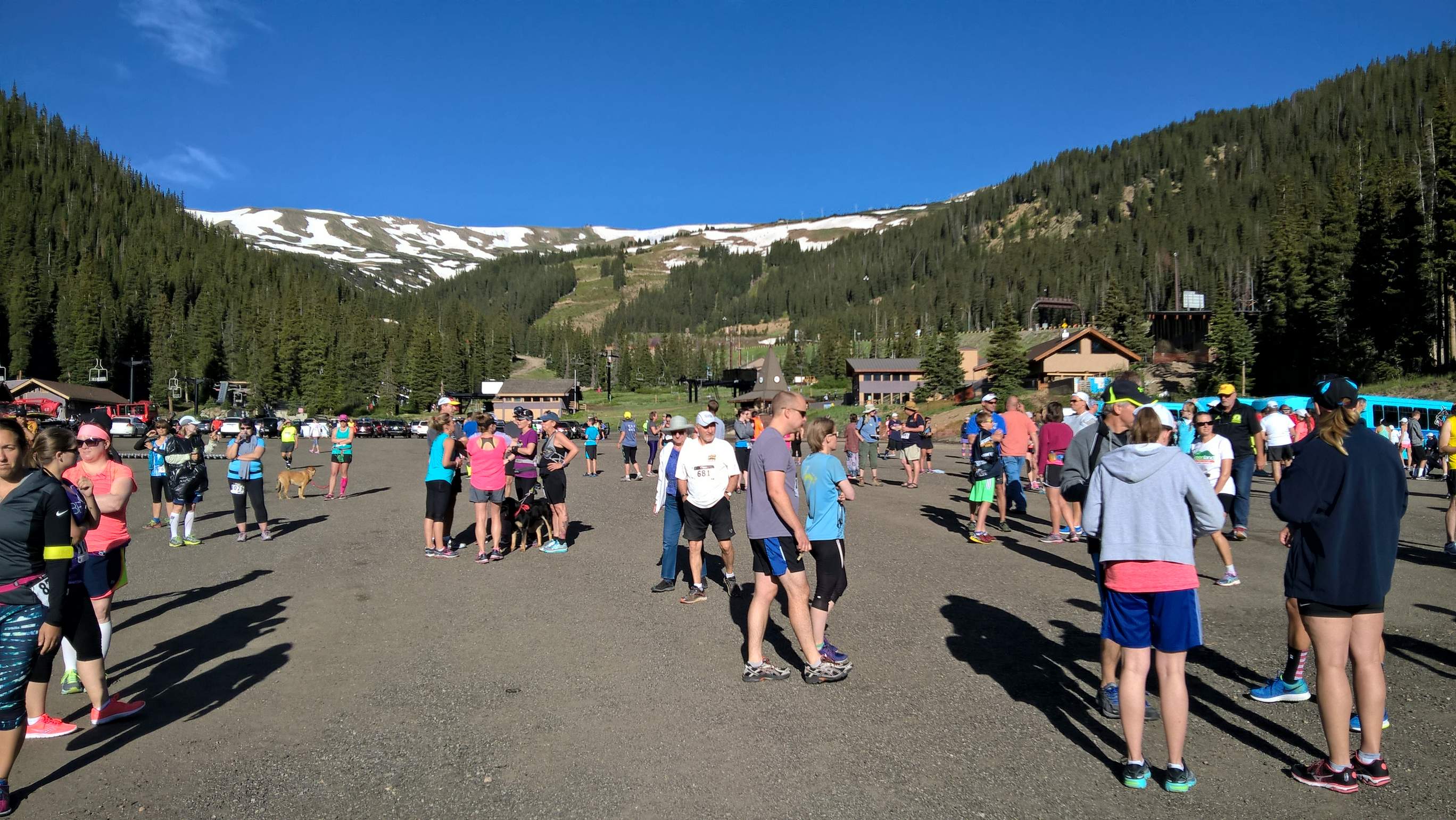 I was optimistic. A 12-mile training run from the weekend before went ok, and then on a five-mile Strawberry Full Moon night run with the Fort Collins Running Club I felt like I hardly needed to breathe even though we were running at 7:30/mile pace at times. A Tuesday Night Track workout also went pretty well and I got sufficient rest afterwards. So for the Slacker Half Marathon—a hugely downhill 13.1-miler—my goal was to run it in under 1.5 hours. Maybe even do a PR (personal record)! Heh.

That plan went out the window after the fourth mile.

For some reason, despite the great downhill, I was struggling to maintain the sub-seven minute pace I needed to for a 1:29:xx half marathon. By the fifth mile my calves were already quite sore. My breathing was not comfortable, either. Maybe it was the altitude? The race did begin at Loveland Ski Resort at an altitude of 10,800 feet. That is nearly 6,000 feet higher than what I am used to in Fort Collins.

Then towards the end of the race the ambient air temperature was feeling a bit warm. Any uphill (or flat?) sections were giving me trouble too. The last quarter mile especially seemed brutal and I struggled to run at sub-eight minute pace. My sprint by this time was weak but there was a time clock that showed I would make it in before 1:40:00 would elapse with about half a minute to spare.

It was a disappointing effort considering I have run the first half of many full marathons faster, even ones that were hilly or flat! And that was while conserving energy.

The good thing about doing races, however, is that it shows where you stand during the season. In my case this should motivate me to run more and train harder.