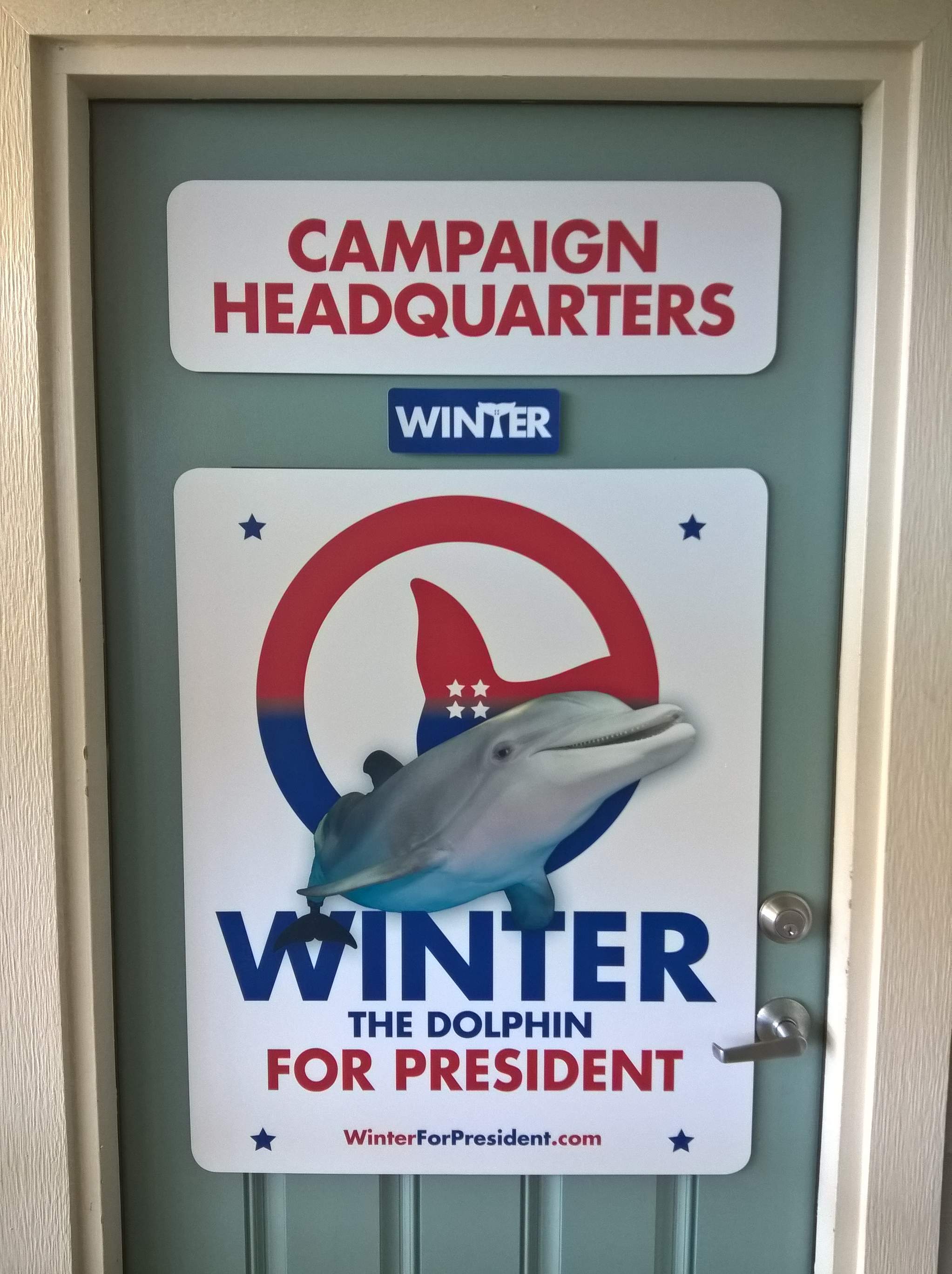 About four or five years ago, during a week I heard allusions to the Florida town of Clearwater from my neighbors and the news, I watched the movie Dolphin Tale. It was a heart-tugging film based on an inspiring, true story (with Hollywood embellishments, of course) about a courageous dolphin named Winter and her human saviors. The warm-blooded vertebrate had lost her tail due to an entanglement with a crab trap, but despite this disability had learned to swim again.

After watching the movie, I thought, “One day when I am in western Florida, I should go visit the aquarium where Winter lives.” I promptly forgot about that idea until running in the East Park Fire Rescue 5k in Palm Harbor, Florida—and realized that Clearwater was a mere 10-mile drive down the Floridian gulf coast. I had the whole afternoon before my return flight out of Tampa to do so. Perfect.

There were other animals at the Clearwater Marine Aquarium including Rufus—a harassing roof-dwelling pelican that had an appearance in the movie—and Nicolas, an Atlantic bottlenose dolphin who was found stranded and severely sunburned on Christmas Eve 2002 in Gibsonton, Florida. Sea turtles and various fish such as tarpons and red drums also swam and drifted through the aquarium as permanent residents.

But the clear star attractions of the complex were Winter and her friend Hope, a dolphin who was featured in the sequel Dolphin Tale 2. They both seemed very playful and talkative as you can see in this video I took.

In addition to seeing the animals, I was particularly interested in Winter’s prosthetic tail and its design. The device is manufactured mostly out of carbon fiber (with a little bit of velcro) and was engineered by the Hanger Clinic—a prosthetic company that was founded during the American Civil War. In order to reduce discomfort and chafing between the dolphin’s skin and the prosthetic, the Hanger Clinic developed a waterproof gel they have since dubbed “Winter’s Gel,” which is now used in human applications too. The first prototype of the artificial tale was initially white, but Winter’s latest prosthetic—now on its twenty-something iteration—is black as it is easier to see underwater in that color.

Winter actually only uses the carbon tail six or so times a day for 5 minutes as a means of physical therapy to help preserve her spine. Otherwise, she had learned how to swim adeptly without the tail using a side-to-side motion.

I loved watching these elegant, loveable creatures swimming in the water, so happy and free. Clearly, I am going have to watch Dolphin Tale 2 sometime to learn Hope’s story.