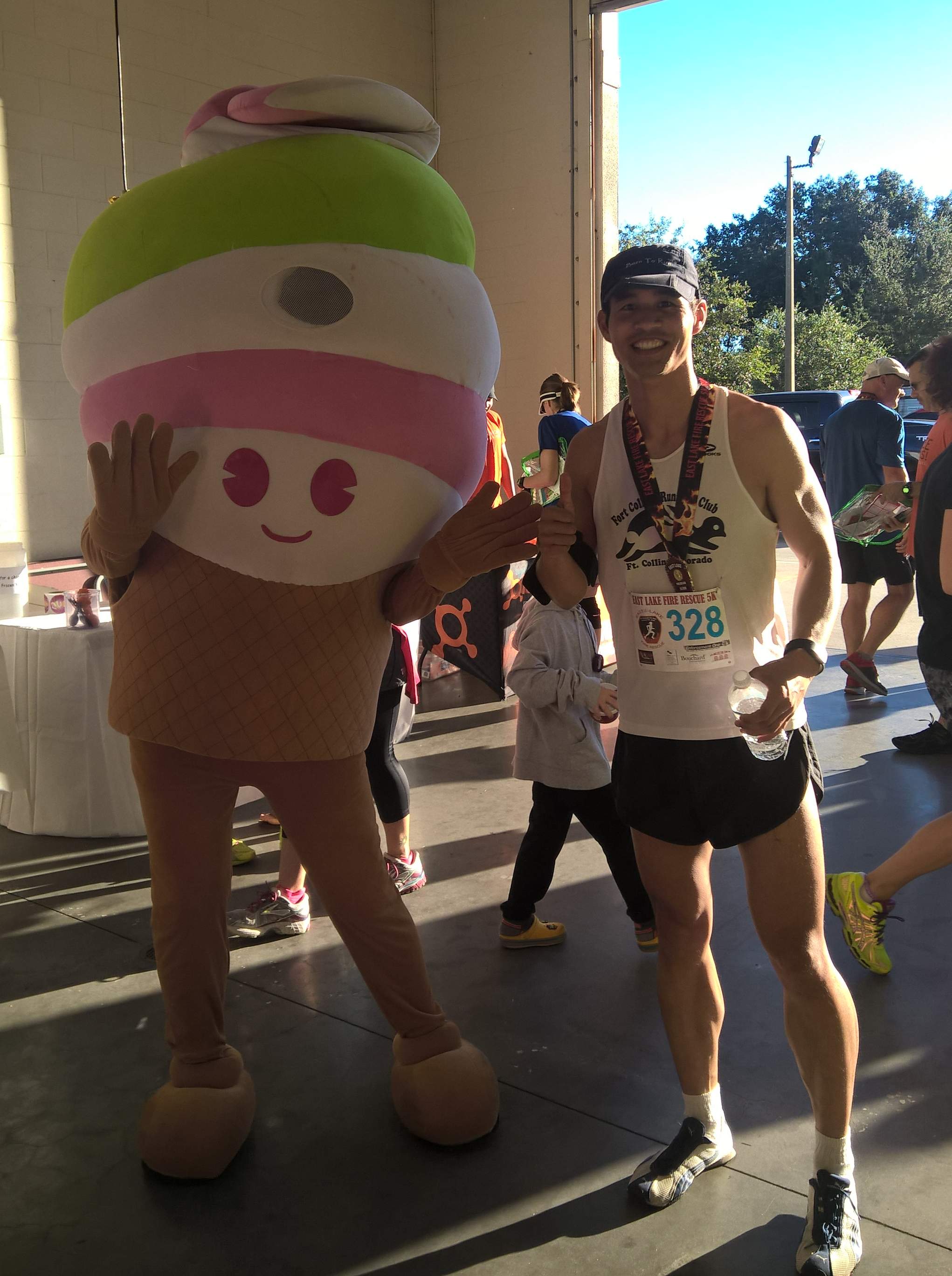 I was eager to run a five kilometer race during my week in Tampa since I have been feeling fit and fast lately and Florida’s air—which carried more oxygen molecules than Colorado’s—was likely to augment those sensations. So there I was lining up at the front of a 300+ field of mostly local runners waiting for the five second countdown at 8:00 a.m. in the town of Crystal Lake.

Right off the bat there were some jackrabbits which of course included whippersnappers who looked like they were of middle school age, but also included a man that looked to be in his 50s and was super eager to start. At first I thought he would be a threat for the masters awards, but then I saw how he ran: with a very forward lean, slow cadence, and heavy breathing. I passed him after a quarter-mile and think I got a pretty significant gap on him from that point on.

So then I ran with some younger dudes. The first mile had a headwind and initially I thought it would be a good idea to draft off one of the taller folks, but he fell slightly off the pace after another 400 meters so then I was running side by side with another guy until the Mile 2 marker.

He was starting to breathe harder than I was—I was still inhaling and exhaling every three steps at that point—so then I made a move and established a gap while taking the shortest line around a long curve in the road. I felt like I was having good leg turnover and stride length. As my breathing transitioned to a two-count I set my sights on the runner ahead of me, another tall fellow whom I estimated to be in his 20s.

Turns out he was only 14. With half a mile to go I made a half-hearted effort to bridge the gap, but gained only a few meters on him. According to the Strava data I did pick up the pace enough that my final tenth of a mile was at 5:10/mile pace, but I think so did the kid and he successfully held off my late charge.

No matter. I crossed the finish line very happy with my effort, especially when I saw the time clock had one and nine as the first two digits. I went 19:46, my first time going sub-20 in two years! My final overall position was seventh.

I was also hoping that I got first masters, but it turns out a 48-year-old beat me by 49 seconds. While I felt like I probably could have run a little harder, that is a substantial enough difference that I do not think I could have challenged him regardless of how tip-top the effort I put in today.

Three fifty-somethings managed to finish within 90 seconds after me. This gives me hope that I can maintain my current speed pretty well even as I age over the next decade.

The East Lake Fire Rescue 5k was a charity run for the Children’s Burn Foundation of Florida and Joshua House, and according to a volunteer during the pre-race announcements, over $20,000 was raised for this case. The post-race festivities also included a pancake breakfast, a goodie bag that included a hat and a two-serving bag of brown rice, and frozen yogurt for those lucky enough to pick up a carton before there were none left.

The awards also included really cool trophies of a runner in gold which were given to the top three overall, masters, and age group runners. Unfortunately, they forgot to order trophies for the masters winners! So I did not get to carry home my second-place masters trophy back to Colorado with me. That is ok as they said they would mail it to me. If they do, I’ll post a photo here.