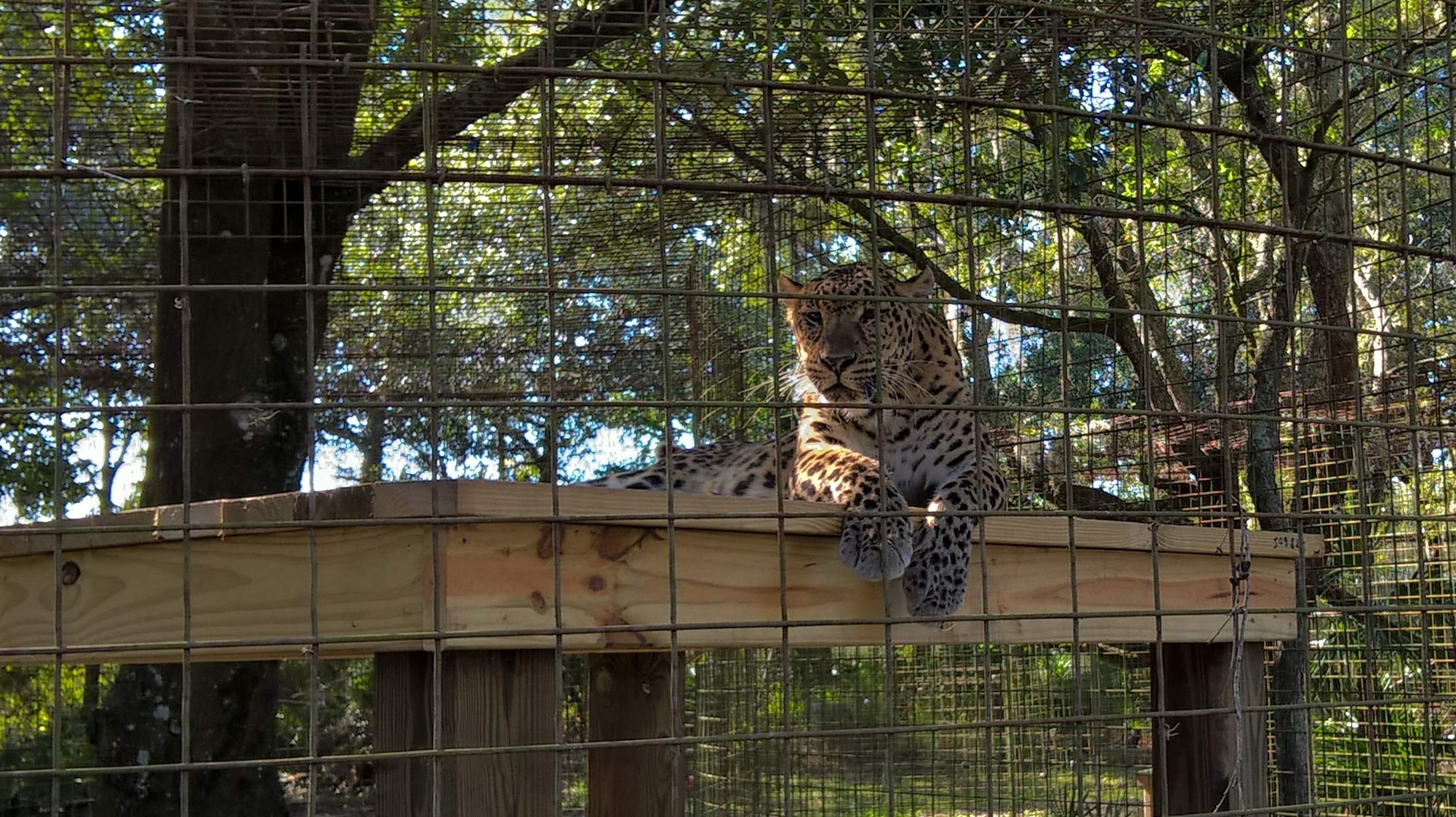 While in the Tampa area and seeking venues to visit, my eyes fixated upon a listing for the Big Cat Rescue. After all, I love cats—having two rather rambunctious household ones of my own—and also had fond memories of visiting the Jaguar Rescue Center in Costa Rica years ago. So one afternoon I made a point of stopping by.

Big Cat Rescue, one of the world’s largest accredited sanctuaries for exotic cats, is a leading advocate in ending the abuse of captive big cats and saving wild cats from extinction. Â We are the most hated, feared and lied about by circuses, back yard breeders, roadside zoos, cub petting pimps and pseudo sanctuaries because we are the most effective at ending the abuse of big cats. Â We wear that as a badge of honor.

In other words, it is an organization that shelters big cats who had been “abandoned, abused, orphaned, saved from being turned into fur coats, or retired from performing acts.”

There I participated in a guided tour lasting 90 minutes. That might seem like quite a bit of time, but actually felt a little rushed. This is because there were a few dozen animals to visit. These included:

I learned a few things from the 90-minute guided tour, including:

The narrator of the recorded audio tour was a political fellow with a tendency to use rhetoric (words like “liars,” “despicable,” etc.) that would have made Donald Trump proud.

He railed against inbreeding, declawing, cub petting, tiger taming, and big cat performing. Accordingly, he urged visitors not to patronize any events that encouraged those practices.

I guess I should feel lucky, then, to have seen many of these animals on this day since the audio tour discouraged me from visiting zoos or circus acts in the future. I suppose there is always Bing Images and YouTube, and of course my daily visits with my little cats.