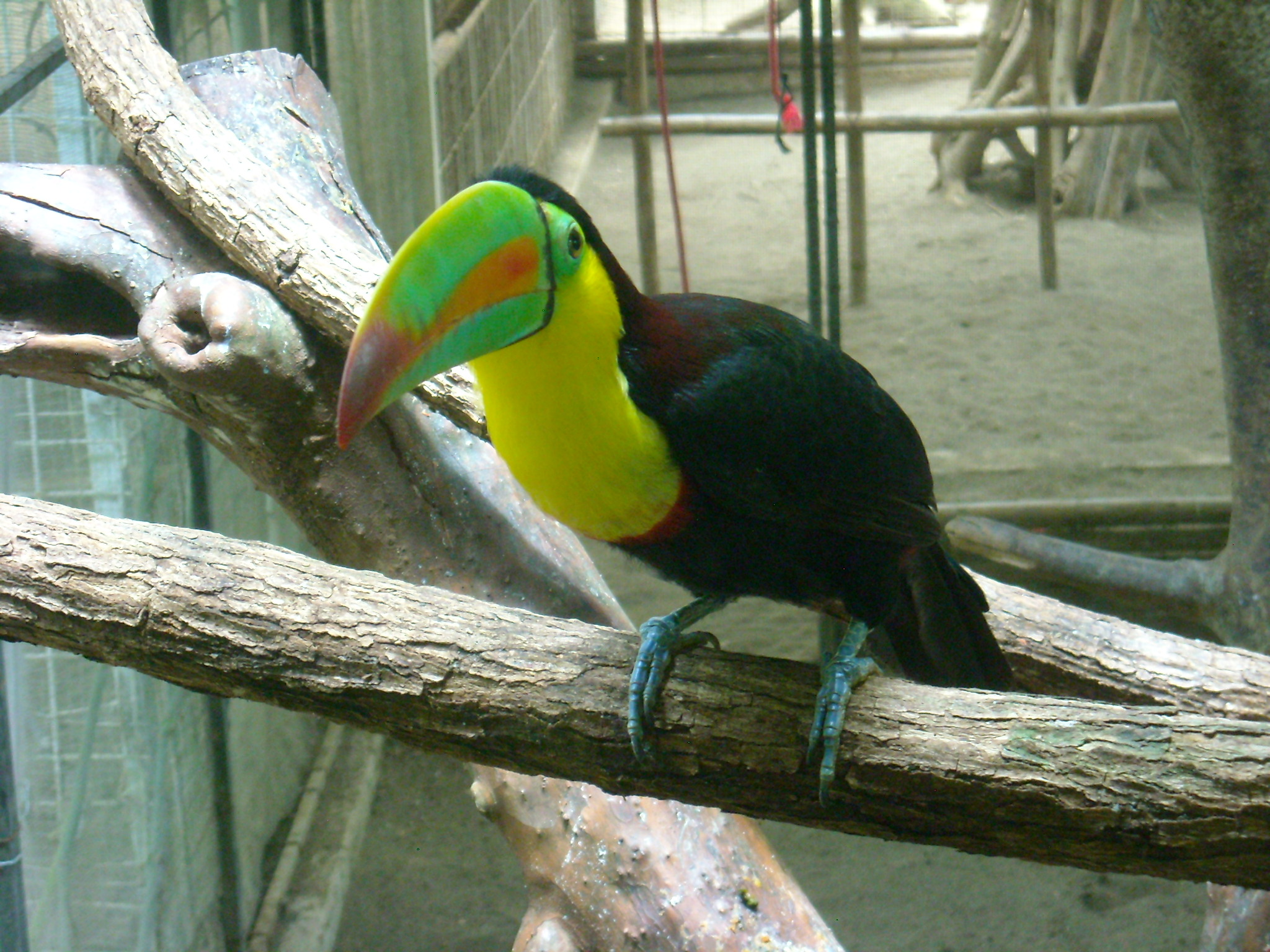 “Sí,” I replied to a friend who was wondering if we intended to see any sloths in Costa Rica. “And we are also going to see jaguars!”

This turned out to be wishful thinking as there turned out to be none of the animals that are the namesake of the famous English sporty-luxury carmaker (at least for the tour) at the Jaguar Rescue Center in Playa Chiquita near Puerto Viejo de Limón, Costa Rica. But the short drive down there from our temporary base of Cahuita was worth it. Well worth it. Tori said she enjoyed it even more than the Sloth Sanctuary.

For $14, we were allowed to jump into an 11:30 a.m. tour led by a young American woman, who was an articulate and encyclopedic tour guide. She first showed us a dozen aquariums of snakes from the area, including coral snakes, pythons, and one of the most dangerous of them all, the bushmaster. We were not allowed to touch any of with these but I did not mind as I enjoyed not having highly lethal venom circulating through my veins, thank you.

We did, however, get to play with a bunch of howler monkeys. Or rather, they got to play with us, leaping from human shoulder to shoulder, caressing our heads, and strangling our necks with their robust tails:

“You have a monkey on your back,” Raquel pointed out. Soon after, I had not one but three.

After the monkeys we got to say hello to a toucan that looked just like the one in the Fruit Loops commercial (“follow your nose!”) before visiting a couple of sloths. One sloth kept trying to wander away (and despite their reputation, they can actually move pretty quickly when they want to) while another one would not let go of his teddy bear.

The tour guide then showed us a red-eyed tree frog before leading us to a margay cat. With its spots and lithe body, it was almost like seeing an actual jaguar.

The Jaguar Rescue Center rehabilitates mistreated, injured and/or confiscated animals before re-releasing them into their natural habitats. So despite not seeing any animals the two-year-old rescue center was named after, I’d highly recommend a visit to it if you are in the area.