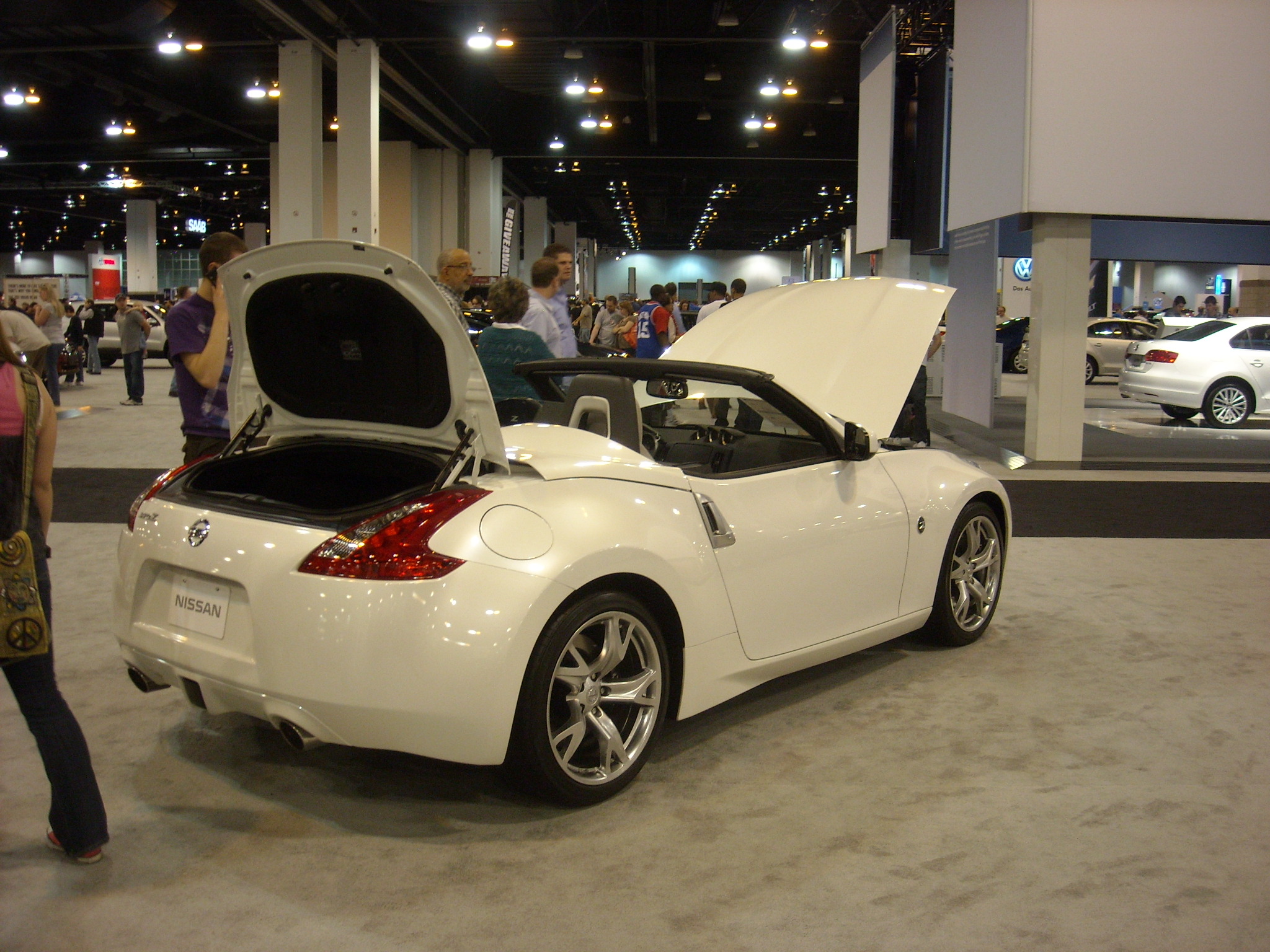 I even dragged Leah along, for whom cars is just a notch more interesting than football. She even declared her favorite auto of the show—“the red Maaaaserati?” (she meant Miata, or officially the Mazda MX-5)—which I had no objections to, being the sports car fanatic that I am. (Indeed, it could be that my Audi TT Roadster has corrupted her.)

For me, I picked out a white Nissan 370Z Roadster as this year’s favorite, which goes on my short list of future possible cars to own. But there were plenty of other exciting cars that I am looking forward to seeing on the roadways.

Take the compact car segment, for example. I used to envy all the offerings people in Europe had available to them, but now Americans are getting little B- and C-segment vehicles I suspect most would be thrilled to own.

Standouts include the Fiat 500, Ford Fiesta, Ford Focus, Hyundai Elantra, Chevrolet Cruze, and Mazda 3. And of course any of the Mini offerings. For something a little taller and hence more capacious, I’d put the Nissan Juke here whose controversial frog-like face, muscular body and motorcycle-inspired center console I really dig.

To show how competitive the marketplace has become, even Buick, Chrysler and Kia have started producing desirable vehicles. The Buick LaCrosse and Regal were revelations last year, and the Chrysler 200 (a.k.a. Sebring Refresh) that Eminem drove in the two-minute “Imported from Detroit” Super Bowl commercial is at least respectable. Kia has been on a roll with their Soul and new Optima.

Any of these vehicles I’d love to get as a rental car, something to supplement my one-car, two-seat roadster habits on the infrequent occasions I need something more practical or for a long, high wear-and-tear road trip.

Lucky show-goers were able to test drive Jeep Wranglers and Grand Cherokees over lumpy simulated terrain and steep inclines inside the Denver Convention Center. Leah and I weren’t patient enough to stand in line and sign up, but we did watch the other people demonstrating the Jeeps’ capabilities.

It’s also testimony to how low emissions are from internal combustion engines nowadays when it is completely acceptable to the local authorities for there to be three vehicles running inside an enclosed building.

Glad you found my review of the show. I enjoyed seeing yours too!

I also was amazed that they let those Jeeps run inside the building. I wouldn't want to be one of the demo drivers - they might get a bit of carbon monoxide poisoning. ↩ Reply