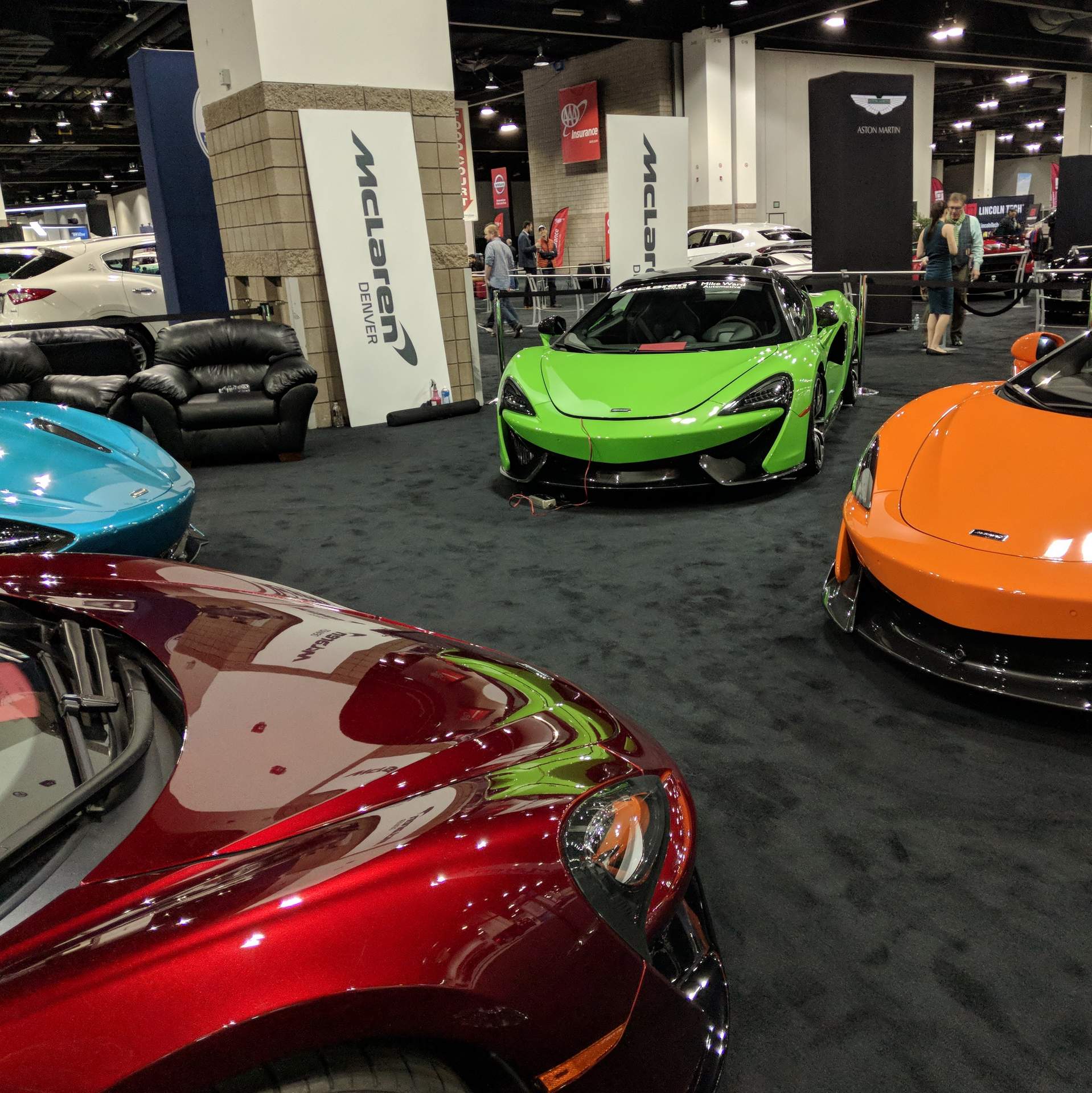 “If you are still up for picking me up,” I wrote my buddy Manuel shortly before returning to Colorado from Europe, “here’s an idea for something we could do afterwards which could make your trip to Denver even more worth it. The Denver International Auto Show!”

“Totally down for it!” he replied. I figured he might be. After all, he of all my friends is the most enthusiastic about cars.

As usual, the automobiles I was most looking forward to seeing were the sporty ones. Especially the sports cars and convertibles. The one I was most excited about seeing in its metallic glory? The Fiat 124 Spider. This would be the first auto show I’d actually get to see it in person, despite it being on the market for over two years now.

Why this roadster by Fix It Again Tony? Well, for one thing, I love its style. It incorporates the nostalgic elements of the original Pininfarina-designed 124 Spider—“one of the most beautiful cars ever made,” Fiat boasted in one of its recent promotional materials—including round headlines, a stretched hexagonal grill, twin “engine bumps” on the hood, and a upward character line on the side profile to clear the exterior door handles. One thing that Italians have always been top-notch at, at least during the last century, has been sculpting sheetmetal over motors and wheels.

But ah, the new 124 Spider is not purely Italian, you say. It is based on the Mazda MX-5 Miata, after all, only with a turbocharged Fiat-provided motor, the last generation MX-5 gearbox, and an Italian suit. Even the interiors are virtually identical, save for a Fiat badge on the steering wheel.

Fine with me, I say. The Miata is universally acclaimed to be one of the most fun, best handling cars on the road. I have test driven the first, second, and fourth generation of the car, and can confirm their “funness,” possibly being more engaging and amusing to drive than any of the vehicles I have owned except for the James Bond BMW Z3. Considering that every car I’ve had (with the exception of a Chrysler PT Cruiser GT Turbo) has been an iconic sports car, I think that is saying something.

That Mazdas are typically way more reliable than purebred Fiat is another plus in my book. There’s a reason for that repair-it-another-time-Antonio joke.

Granted, Mazda interiors were never the most inspiring. But Mazda has stepped up its game recently. Gone are the hard plastics and bland, austere interior style. Fiat even upped the appearance slightly with faux leather stitching on the dash.

Still, the interior is the dead giveaway that the car is not on the same level as, say, a Porsche Boxster. In fact, I couldn’t help remark to Manuel after sitting in the driver’s seat for a minute, “You know, my Audi TT might be 18 years older, but yet I think its interior is nicer.” The Fiat’s is more interconnected with a touch-screen “tablet” sprouting from the dash though, I’ll give it that.

Elsewhere on the auto show floor were other interesting cars. The rear-wheel-drive Kia Stinger was a hit among show goers. So were the exotics, including the Aston Martins, Ferraris and Lamborghinis.

But perhaps the most intriguing were a whole fleet of three-wheelers that resembled grown-up vintage derby cars. Or bobsleds. They were made by a company called Vanderhall Motor Works, based out of Salt Lake City.

All but one of the cars were powered by internal combustion engines. The exception was the Edison, which you can guess from the name was electric. I really hope this company succeeds and prospers. The more boutique, off-the-beaten path car manufacturers, the more interesting the interstate.

Manuel digged the Vanderhalls, exotics, and Hondas. (He is so much of a fan of Honda that he’s owned two Acuras and a Honda Accord coupe before.) He retains a soft spot for Volkswagen GTIs, though—-another car he has previously had. And why not? Even Mark Zuckerberg owned one.

The main disappointment of the show was that Porsche declined to show up at the event. They were there in 2006 and 2016 but absent during many of the years in between, and it seems like they opted to skip the show again. Pity. I suppose their cars don’t change very much anyhow, at least from a visual perspective.