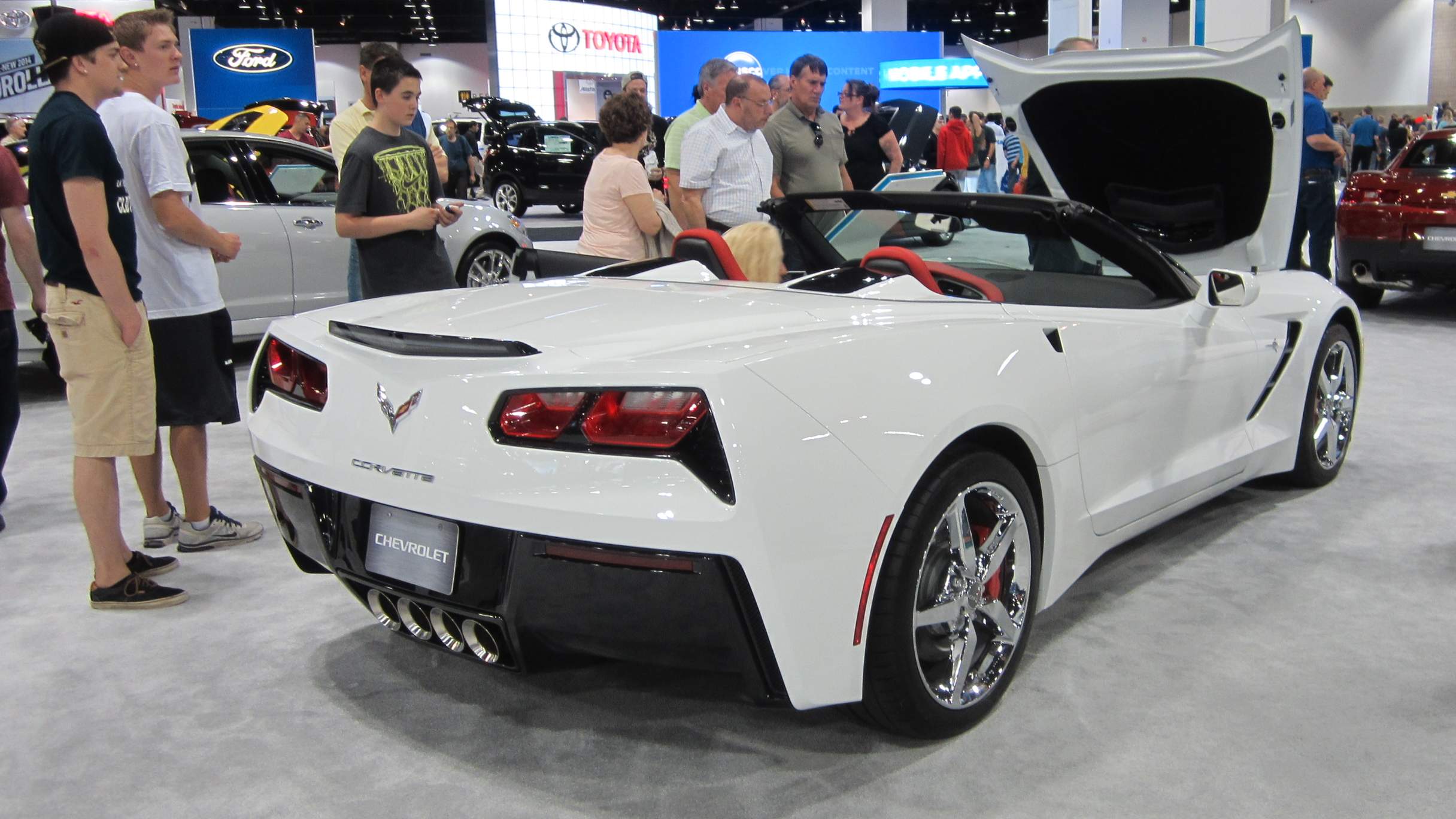 This was one of the best Denver International Auto Shows in years. This is not only because Porsche decided to return to the showroom floor after a two year hiatus, but because the show had every new car I wanted to see! Well, almost. The third generation Audi TT was not here, but as it was unveiled at Geneva for the first time only a few weeks ago, the four-ringed marque can be forgiven. But the other vehicles I anxiously awaited to see in the metal (and carbon fiber) were there, including the 2015 Ford Mustang, Chevrolet Corvette and Jaguar F-Type.

The Mustang was cordoned off and shown in a gun-metal shade of grey that didn’t help show off the pony car’s lines, so I will still reserve judgment as to whether I like its styling more than the current Stang’s. One thing I did appreciate is the lack of fake side scoops or faux gas cap that has adorned the 2005-2014s.

The Jaguar F-Type Roadster was at last year’s show and was my favorite car at that time, almost by default. This year Jaguar brought a dark grey and red convertible and also the new coupé. As much as I like roadsters, the coupé might be even more gorgeous. The red one of the show might have been my favorite car this year.

I say “might” because I was equally struck by the C7 Corvette Stingray in both roadster and coupé configurations. Both the ‘Vette and F-Type are beautiful, immensely powerful cars featuring wonderful exhaust soundtracks and high quality interior materials, but the Chevy is supposed to be the superior sports car with a far lower price and greater technology. This is not a knock on the Jag, but rather a testament to the incredible job General Motors did with its all-American sports car.

I did not have much time to check out other vehicles due to seeing a Chelsea Handler comedy show with a few friends on the other side of the Colorado Convention Center at 8:00 p.m., but below are a few more photos. Sports cars ruled this day if my pictures are any indication.