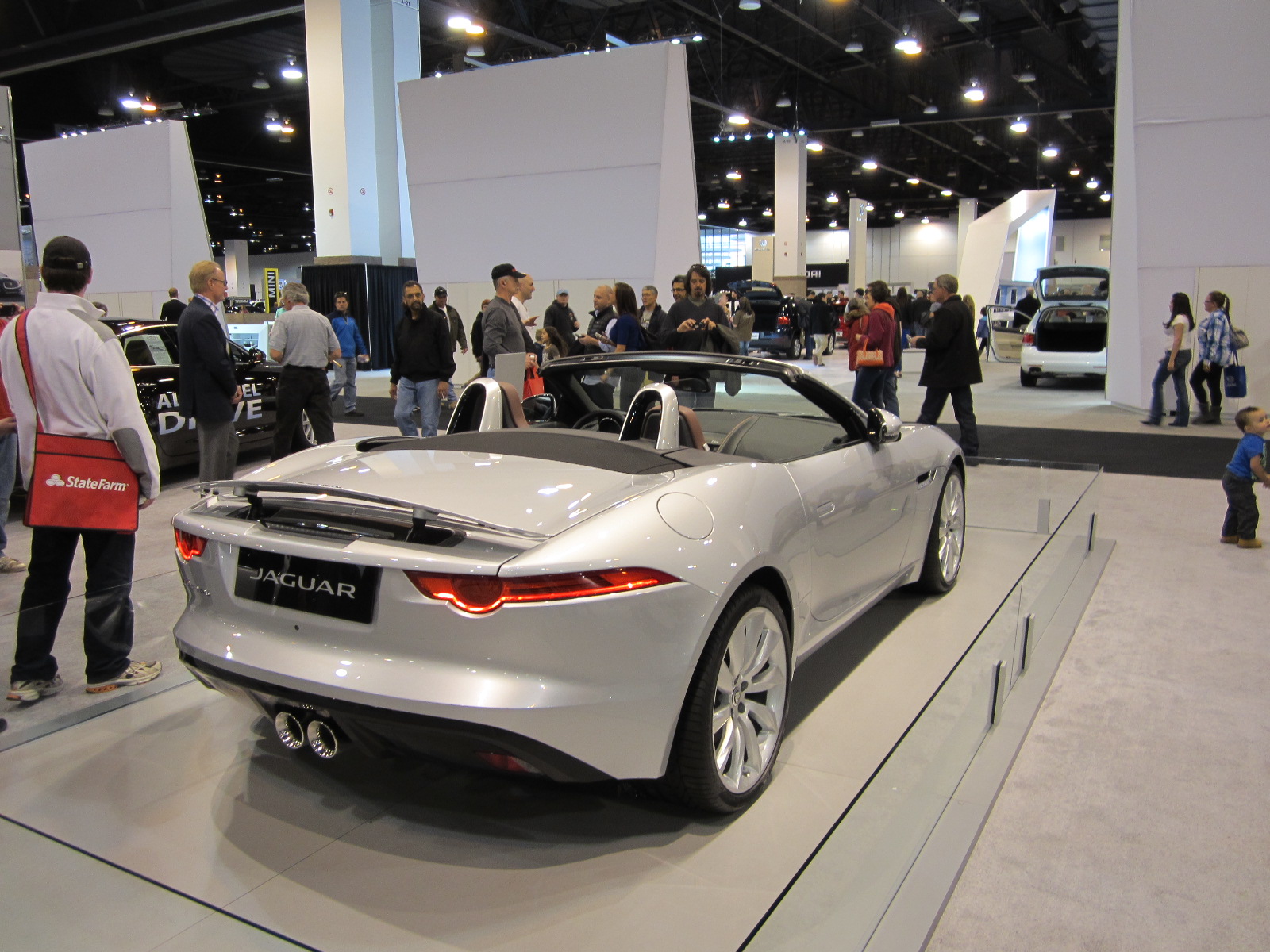 Considering that we live in the Golden Age of Automobiles—at least when it comes to modern aesthetic and ridiculous amounts of horsepower—just about any car show today is worth at least its ticket’s weight in silver. But a gold medal-worthy show would have a had an example of the recently unveiled next-generation iteration of an American icon, especially when its name rhymes with “whet.” So while no promises were made, I kept both my fingers and toes crossed that the tech- and carbon-laden 2014 Corvette could be viewed from the Denver Convention Center floor.

But it was not to be. Lame. My disappointment about that was on par with how I felt last year when I learned that Porsche had not brought any cars to the show.

Chevy did bring out the 2013 ZR1, the C6 version. While nice, I couldn’t help take note that this top-level model had an MSRP of double that of a 2014 C7 Stingray. More horsepower, yes, but 0-60 in 3.9 seconds as per the next-gen Vette base model is really good enough for me. And by all indications, the C7 is more refined in every other way, particularly the interior.

$127K for a top-flight C6 ZR1! That dough could also buy three Hot Wheels editions of Chevrolet’s own Camaro Convertible, by which I mean real Camaros with Hot Wheels insignias, not the two-dollar matchbox cars found in the toy aisle of the local King Soopers.

But while the C7 was nowhere to be seen, the other car I really wanted to see—the new Jaguar F-Type—was at the show. It looked even better in person than in photos; a worthy spiritual successor of the legendary E-Type. Both the interior and exterior were stunning. And while its $67K base price is way more than I’d like to spend on a depreciating asset, my mental calculator took note of how $70K year 2000 Jaguar XK8 convertibles now sell for $7k. So maybe in 13 years I could pick up one of these for less than the cost of a new Chevy Spark, assuming the F-Types don’t follow the price projectory of the E, which are actually worth ten times more now than when brand new.

Speaking of beauty, Hannah Porter—this year’s Miss Colorado—was in the Cadillac section to promote America’s premiere luxury cars so I stopped by to say hello. She was friendly so we chatted for a little bit. Before I left I asked her what was her favorite car of the show. “The ATS,” she replied after a second’s hesitation. “Good answer,” I replied.

While the ATS is a very nice BMW 3-Series contender, my favorite required zero milliseconds of thinking: the new Jag, even if it was by default since no new C7s were present. But hopefully next year a Stingray or two will be able to be ogled.