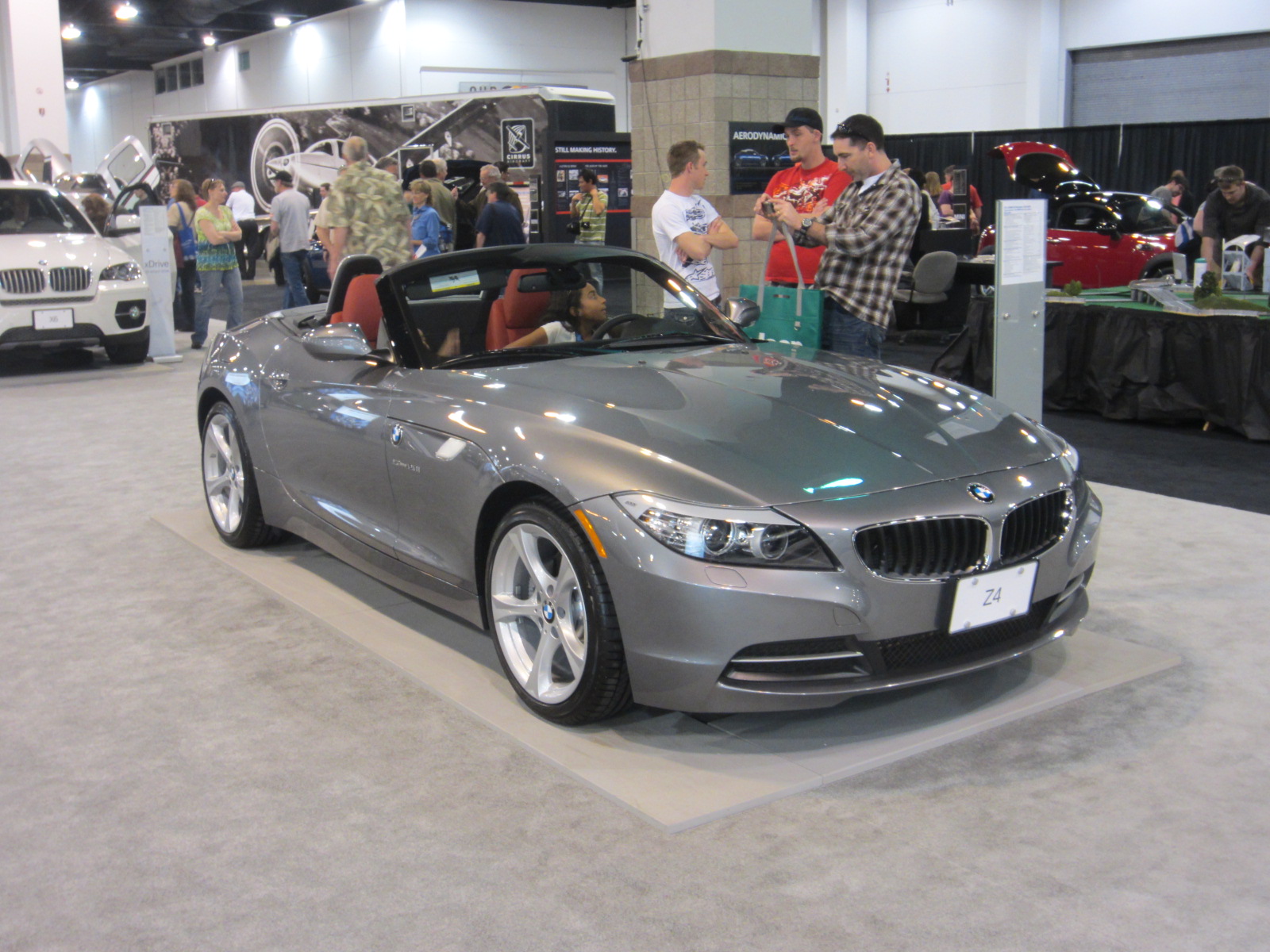 “I’ve been looking forward to this for weeks now,” I told Kelly. “This is going to be the best Denver Auto Show ever!”

Or so I thought. After all, car companies like General Motors and Chrysler had emerged from bankruptcy and the Great Recession on all cylinders firing, and even once-scorned manufacturers like Kia and Hyundai have been designing vehicles worthy of occupying spots in enthusiasts’ garages. We live in the Golden Age of Automobiles where buyers have a choice between compacts that can achieve 40+ miles per gallon or virtual jets-on-wheels with over 500 horsepower.

But my excitement lasted all the way into the Denver Convention Center where it took me a few minutes to realize that Porsche—the guardian of what was my favorite area on the floor of the 2006 Denver Auto Show—had decided not to attend the event. This was a letdown not only to myself but also to Kelly, who wants to own a Boxster someday.

Fortunately, there were other mini-events to look forward to other than sports cars from Stuttgart. Take for example, the Cadillac Test Drive.

When we first entered the Denver Convention Center, a young Cadillac representative asked us if we’d like to take a car or two from America’s premier luxury brand for a spin. Kelly demurred but I immediately said to her, “I think we should!”

We actually ended up test-driving two: a CTS coupe with the 318-hp direct-injected V6 shared with the Chevrolet Camaro, and a CTS-V coupe with Superman-like 556-hp. This would be the first time I’d drive a car with the power output of over half-a-thousand ponies.

Downtown Denver is congested enough that I couldn’t floor the throttle of either vehicle for more than the blink of an eye without fear of mowing down pedestrians or incurring the wrath of the police (and other drivers). But the difference that 238 horsepower between the base model and the V made was immediately obvious. The base model—especially with its slush box—actually seemed timid in the half-second I could open up the throttle fully, whereas the V’s massive torque was instantaneous from the get-go.

Back inside the Convention Center, there were a depressing dearth of concept cars, but a number of all-new vehicles I had looked forward to seeing. These included the Dodge Dart (based off an Alfa Romeo), Hyundai Veloster., Mini Coupe, Mini Coupe Convertible, and Volkswagen Beetle.

There also was even a five-seat personal airplane on hand by Cirrus Aircraft, which featured an emergency airframe parachute system.

Sadly, I had a brain fart and didn’t look for or see the Scion FR-S and Subaru BRZ twins. I am not titillated by Scions and Subarus in general, so it didn’t occur to me to look for these new lightweight, low-center-of-gravity offerings and missed a grand opportunity to see them for the first time in the flesh.

Other vehicles that aren’t all-new but were favorites of mine included the Audi TT Roadster, BMW Z4, Chevrolet Camaro Transformer Edition, Dodge Challenger, Nissan 370Z, and Nissan Juke. Of course, I like the Ford Mustang too, but considering how much time I already spent driving one a couple months ago, I didn’t feel a need to visit the hallowed pony car this time.

I also appreciated the Jeeps, especially the Wrangler. We were actually taken on an indoor Jeep tour that very effectively demonstrated its off-road prowess.

Kelly’s favorite vehicles included the Cadillac Escalade, Nissan Xterra, and any of the Ferraris and Lamborghinis. The rationale for the Escalade was that it could tow her sailboat or race car and carry an extra set of tires to the race track.

Any of the Porsche sports models would have been on her list of favorites too, but again, none of them were present at the show. Maybe next year.