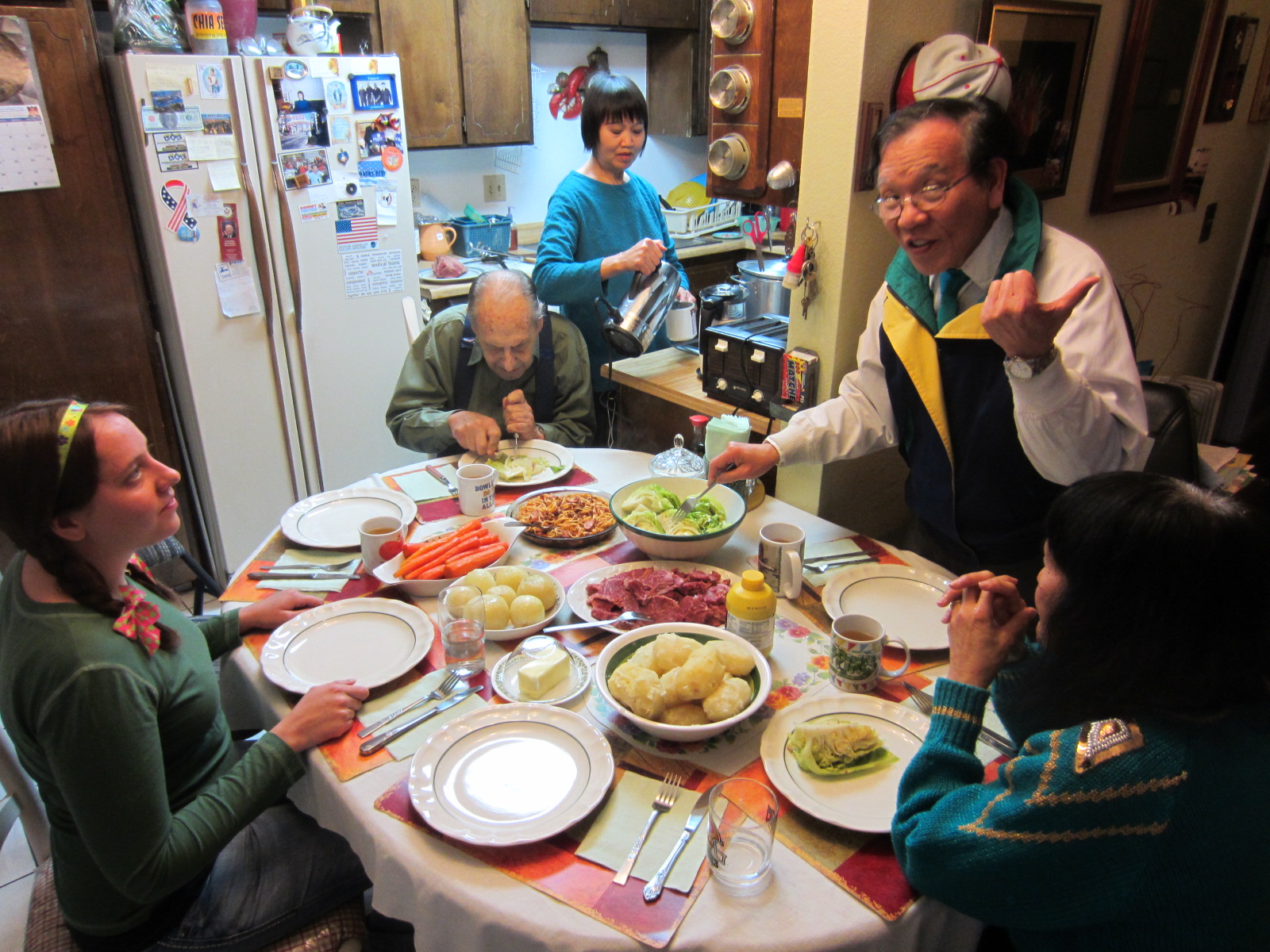 “I’ll be inviting your mom and dad for a St. Patrick’s Day dinner on Saturday,” said my friend Frank through the earpiece of my cellular phone. “Mila and I will be making corned beef and cabbage. Maybe you and your girlfriend could come?”

Frank made it sound like walking across the street to a neighbor’s home for dinner. In fact, he lived 1150 miles away in the bankrupt city of Stockton, California, and the invitation was definitely last-minute. But Frank is like a close uncle to me—actually, a dear family friend for 25 years—and is now suffering from bone cancer. This very well could be his last St. Patrick’s Day dinner ever, so it only took a few ticks of the clock hand for me to decide that attendance was a no-brainer. “Sure, see you on Saturday,” I told him.

Unfortunately, impromptu airfare was exorbitant: about $600, not including airport parking, California rental car and gas, which would have pushed the cost upwards of $750. So I ended up driving a Chevrolet HHR rental car from Fort Collins instead, provided to me free of charge by Enterprise as compensation for vehicle issues incurred during last year’s Furnace Creek 508 trip. This would also allow Kelly to come—if only she’d come along.

Happily, she did—surprisingly so, considering how she detests road trips. Her presence turned out to be most welcome not just because I love her company, but because she could share in the 38+ hour driving duties!

Some memories of the trip:

But of course, the best part of the trip was seeing Frank and his wife Mila along with my mom and dad. My folks actually didn’t know Kelly and I were coming because Frank wanted it to be a surprise. He even had us come half-an-hour early and hide away in the garage when the doorbell rang.

When Mila had us come back into the house and I said nǐ hăo, the look on my dad’s face was priceless. “My dad doesn’t like surprises,” I explained to Kelly as Frank gave out a hearty laugh and said, “We did it, man!” (“This will be the last surprise, please,” my dad pleaded in response.)

We then had a simple dinner of the promised corned beef and cabbage in addition to steamed carrots, steamed yellow onions, and spaghetti. Dessert was the key lime pie Kelly and I brought over from Trader Joe’s. Unfortunately, Frank was not well enough to eat without getting nauseous, so shortly after he went over to rest in his leather easy chair. My dad, a sympathetic oncologist, went over to comfort him and they discussed cancer for a little bit while listening to a CD that my dad burned for Frank consisting of about a hundred MP3 files of classical music.

Meanwhile, Kelly and I continued to chat (or try to) with my mom in broken Mandarin, even though she is perfectly fluent in English. My mom was very animated and Frank later mentioned that he never had seen my mom so happy before.

I was in a joyous mood too. Although Frank’s health had nosedived tremendously in the last couple years, he was of perfectly sound mind and can remember most everything—including the great times we had as shown in a photo album I gave him. I think his condition is preferable to, say, having a healthy body but also dementia.

Frank has a tremendously positive attitude, knowing full well that he has had a happy, successful life and that he already has exceeded the average lifespan of an American male by a whole decade. “I can’t complain about my condition to other people my age,” he likes to joke, “because they’re all dead!”

I’m not sure how much longer he will be around, but I’m glad that we got to have at least one more St. Patrick’s Day dinner together. Xièxie nǐ!

Felix, I hope you realize what a wonderful gift you gave to Frank. You are awesome! ↩ Reply