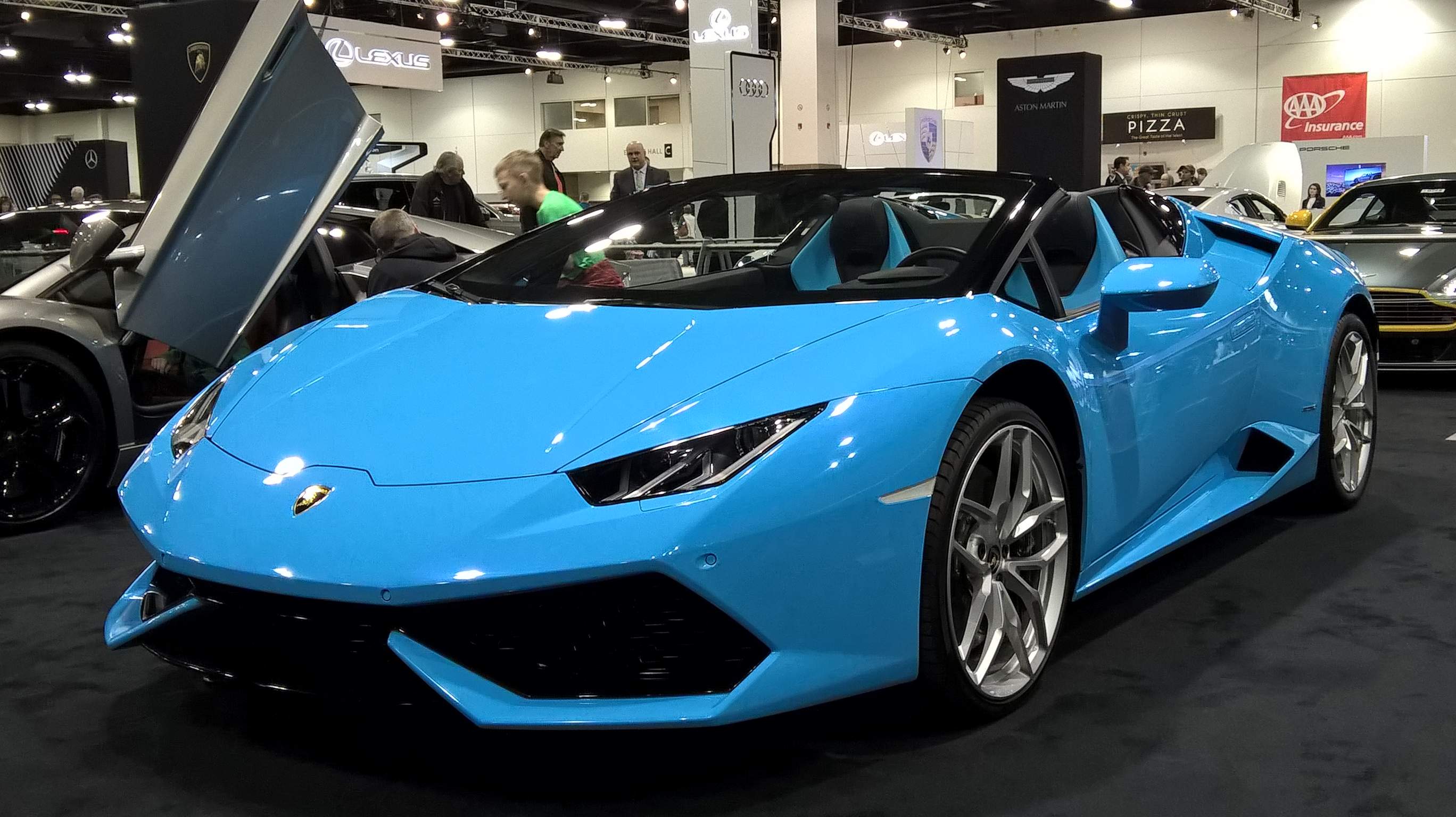 “I’ve been coming here almost every year for the last 10 years,” I mentioned to a friendly guy who—like myself—was standing in line to test drive a 2016 Ford Mustang. “I think I’ve only missed a couple years. It never gets old.”

It truly doesn’t when every year there are shiny, new and intriguing car models to grace the Colorado Convention Center. As I realized a couple weeks ago when renting a 2015 Chevy Spark that was simply brilliant (even making the top 5 of my Favorite Rental Cars list), even vehicles starting out at $13,000 have a lot to get excited about nowadays with fun styling, decent materials, smartphone connectivity, and high overall quality and safety.

One nice thing about the Denver Auto Show is that there are manufacturer representatives present who basically beg you to test drive some of their vehicles and are willing to bribe you with gift cards to do so. I test drove three, including the new Mazda MX-5/Miata, a Ford Fusion and a Ford Mustang.

Being a traditional roadster aficionado, the Miata has always caught my eye. I’ve test driven both the first and second generations in the past and always had a hoot driving them. The latest fourth generation further pulls heart strings with curves that harken back to my former BMW Z3 and—finally—good interior material quality to match. Unfortunately, the urban test-drive course with lots of stop-and-go traffic that circumnavigated the Convention Center afforded few opportunities to get a good sense of the car’s handling, and the automatic transmission (albeit with paddle shifters) did not seem right in a back-to-basics sports car. Still, I liked it and was given a $5 Starbucks gift card for taking the car for a spin around the block.

In the case of the Fords, there was only one Mustang which, unsurprisingly, was so popular that the Ford folks had to implement a policy that you had to drive one of their other vehicles first before graduating to the pony car. Having driven several Fiestas and Foci as rental cars before, I chose the Fusion. The one I drove was impressive: solid, smooth, stylish and luxurious. Family sedans are usually not my cup of tea, but I would rather have this than a meh Camry.

The Stang had many of the Fusion’s positive attributes but in a more soul-stirring package, rear-wheel drive and a more powerful engine. The one I drove had a V6. Despite being the base model, it still featured a built-in G-force app, selectable dynamic modes (something like track, sport, and comfort) that altered settings such as the electric steering response, cloth Recaro seats and soft-touch pleather surfaces that were nearly as supple as a cow’s hide.

Maureen rode in the back seat of the Mustang (the co-pilot was a Ford rep), and she reported that there was even ample leg room back there. Granted, she is petite, but I am sure she would not have said the same of the 2016 Audi TT coupé on the convention floor I comically tried to sit in the back of, where my head hit the roof and my knees would not allow the driver’s seat to be snapped back into place.

For test driving a Ford vehicle at the Denver Auto Show, you get a $10 Amazon gift card. Good deal.

There were lots of other cars at the show, of course, and below are photos of some of my favorites. My favorite car of the show was the baby blue Lamborghini Huracán Spyder that was in the area with Ferraris, Aston Martins, and Bentleys.

It was Maureen’s favorite too, although in her case, part of the reason was the color which spilled into the interior seats. “It even matches my phone!” she said. Cyan is one of her favorite colors.