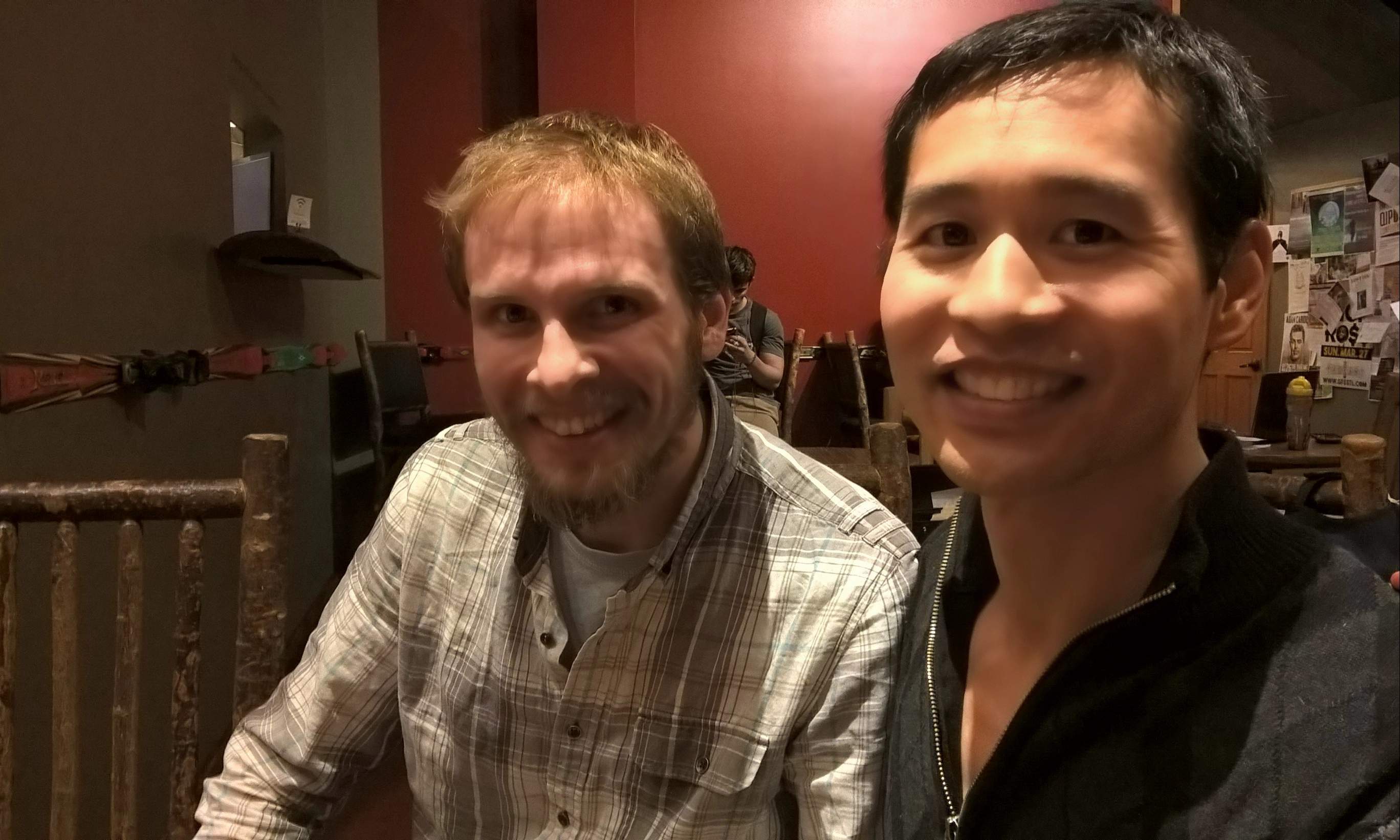 “Do you remember Jeremy?” wrote my friend Eli one day about a former Fort Collinser who used to attend my weekly Spanish conversation meetings. “He is in grad school in St. Louis. Just so you know, you may have a friend there.”

That was back in January, a month after my St. Louis apartment lease ended. But I wrote him saying that I would drop him a line in the upcoming months during my frequent St. Louis visits, and in late March I informed him that I would be attending the St. Louis Spanish Meetup. He had class that night but said he would try to stop by, and it was a happy reunion for us when he did. We gleefully told the rest of the group that we knew each other from Fort Collins. “Small world, yes?” we said in español.

Moments later, a young lady named Alicea sat down to me wearing an Ecuador shirt. She explained she had just returned from Peace Corps in Ecuador and now was back in St. Louis where she has family.

This made me think of a friend I haven’t seen in a little while. “I have a friend from Fort Collins Spanish who had left fifteen months ago, also to join Peace Corps in Ecuador,” I replied. “Her name is Nora [last name omitted for privacy]. Do you know her?”

I threw her name out there mainly for conversational purposes, fully expecting that the answer would be “no” like the many times I have been asked if I knew someone that someone else knew in California, or an old company I worked for. (“No, but it’s a large state,” I’d reply, or “no, but it’s kind of a large company.”)

So I was taken for surprise when Alicea said ¡sí! and even explained what Nora was doing in Peace Corps. in Ecuador (teaching teachers there English so they could pass the TOEFL).