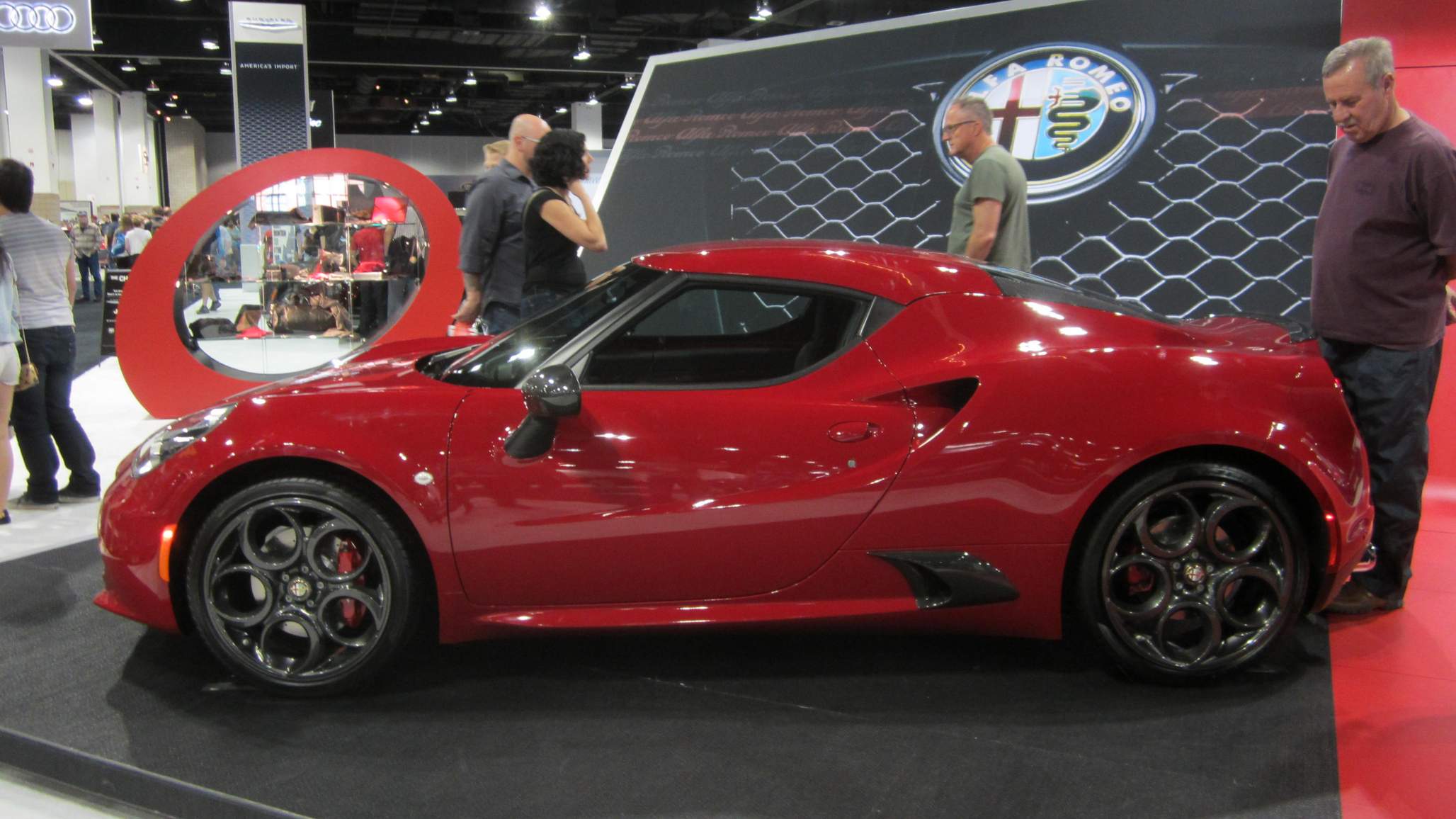 The first thing we did upon arrival at the Denver Convention Center was commence a search inside the main exhibition hall. But even though this was the Denver Auto Show, we were not looking for a particular vehicle. Indeed, we walked by a white Ford Mustang Shelby GT350 prototype, a 707-horsepower Dodge Challenger Hellcat, and an iconic, blood red Ferrari F40 from the 1980s without giving so much a passing glance. No, we were looking for a football player before he left the car show. Which one? TJ Ward, the Denver Broncos’ Pro Bowl safety.

Happily, after about 15 minutes, we found him. If his orange-topped shirt did not give him away, then the queue about a dozen people deep to getting his autograph did. After shaking his hand and getting his autograph myself, I asked him what was his favorite car at the show. “The BMW i8,” he replied. “It’s near the Bentleys back there. If you haven’t seen it yet, you should check it out.” Advice noted.

The BMW i8—and TJ Ward of course—were a couple of the stars at the show. Another one was situated just 15 feet across from where TJ was sitting. It was a deep red Alfa Romeo 4C reminiscent of a Lotus Elise in both size and spirit, but infused with Italian style. This was a brilliant surprise to me, as Alfa still does not have a significant dealership network in the U.S. since abandoning the Yankee market in the mid-1990s.

This year’s edition of the Denver Auto Show, then, had the making of being its best in years. Other notable vehicles included the dune-buggy-and-motorcycle-inspired Nissan Juke, the wild looking Nissan Murano, the seriously powerful Dodge Charger Hellcat, and the third and latest generation Honda Fit. I also appreciated seeing the good-looking second-generation Kia Soul, Hyundai Veloster, Mazda 3 and 6, Fiat 500 and 500X, Subaru BR-Z, and Volkswagen Beetle. A few electric vehicles were there including the aforementioned i8, BMW i3, Nissan Leaf, Cadillac ELR, and the second-generation, 2016 Chevrolet Volt.

Jeep, as usual, had its obstacle course set up. A Jeep Wrangler, Grand Cherokee, odd-looking Cherokee, and the cute new Renegade were making rounds through it. After a 20-minute wait, we rode in the back seat of the Wrangler.

On the sports car front, there were Porsches, Maseratis, Lamborghinis, Aston Martins, and Ferraris, along with the Chevrolet Corvette, Jaguar F-Type, and crowd-favorite Nissan GTR.

Basically, then, all my favorite cars that are currently in production were at the show. Well, almost. Three cars I would have loved to have seen were absent: the 2016 Mazda Miata, 2016 Audi TT, and BMW Z4. It was particularly a shame that the first two were not there since I have yet to see those cars in the flesh yet.

Maureen’s favorite car of the show? It was the BMW i8 in an apparent nod to TJ’s preference. For me, it was the Alfa Romeo 4C. BMW has some of the greatest engineering, but Alfa still knows best how to stir the soul.

One trend, thankfully, that has not seemed to pick up steam yet is matte car finishes. There were two cars at the show—a Hyundai Veloster and an otherwise forgettable Lexus—with non-glossy paint, and several years after my eyes first laid sight on such a finish, I still think it looks too much like primer. Not to mention, matte car finishes require hand washing only. They seem like one of the easiest options one can pay a lot of money for to ruin a five-figure automobile.

“I like cars shiny,” I heard another showgoer comment upon walking by the matte Veloster. Nice to know I am not the only one.