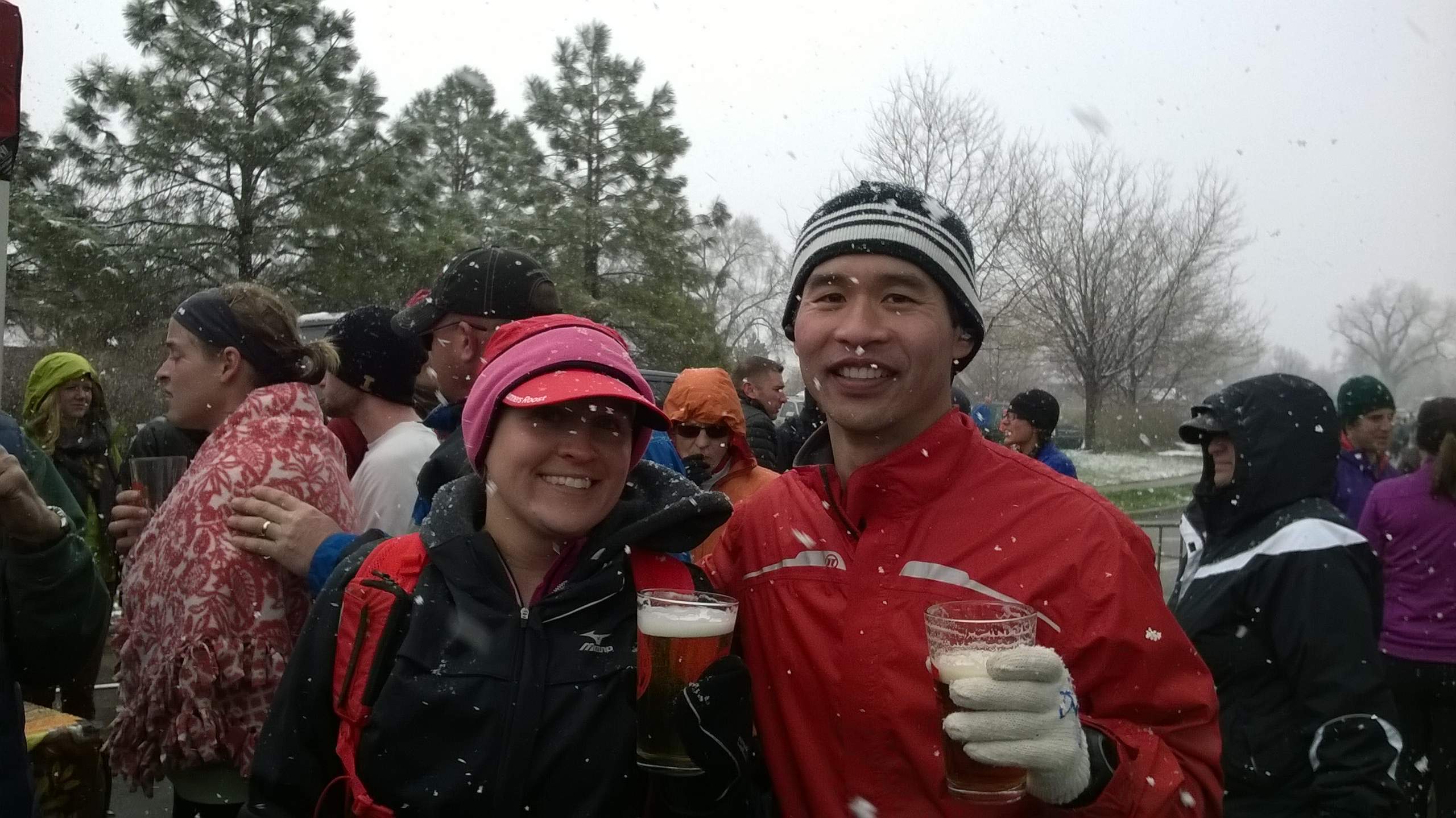 It looks as if the weather forecasters were right: after an entire week of high temperatures in the 60s or 70s (Fahrenheit), the morning of the Horsetooth Half would be around the freezing point of water. “Well, I can’t let a little bit of a chill slow me down,” I thought.

At least there wasn’t a northeast wind giving us a headwind the entire way. Or snow and freezing rain to pelt us in the face that my eyes would be half-closed during three-quarters of the race. Or wooden bridges featuring enough ice that people around me would slip and fall. Or all-mud sections off the Poudre Trail that were already something of a quagmire by the time I got through it.

Oh wait, there was all of that.

My legs and breathing were actually feeling pretty good, but by the time I made it over the last major hill—Bingham Hill—I was dismayed to see that my mile splits were hovering around 7:40. And despite not breathing overly hard I couldn’t seem to pick it up even though my stride rate was at 183 steps/minute, enforced by the phone metronome beating in my ears. I just didn’t have enough spring in my step.

At least until the last 300 meters. Then I finally was able to turn on the juice (sub-5:00/mile pace), but it was way too late and my finish time was 1:40:36—a bit over my pre-race goal of sub-1:40 (adjusted from sub-1:37 just days before until I saw what the conditions would be like). Or my slowest half-marathon race since 2003, unless you count the 2011 Horsetooth Half Marathon in which I was pushing a 125-pound man in a stroller.

Oh well. At least I got to see my friends Dave, Hector, Kathy and Megan (top-most photo) who were also running the race, and Dan and Kiri who came out to cheer (below). Bob was also there serving beer (also below). There was plenty of hot dogs and beer at the end.

Also coach buses to take us back to the start. Initially I had envisioned running back to Hughes Stadium to get in the extra miles, but this was another plan changed by the gloomy weather.