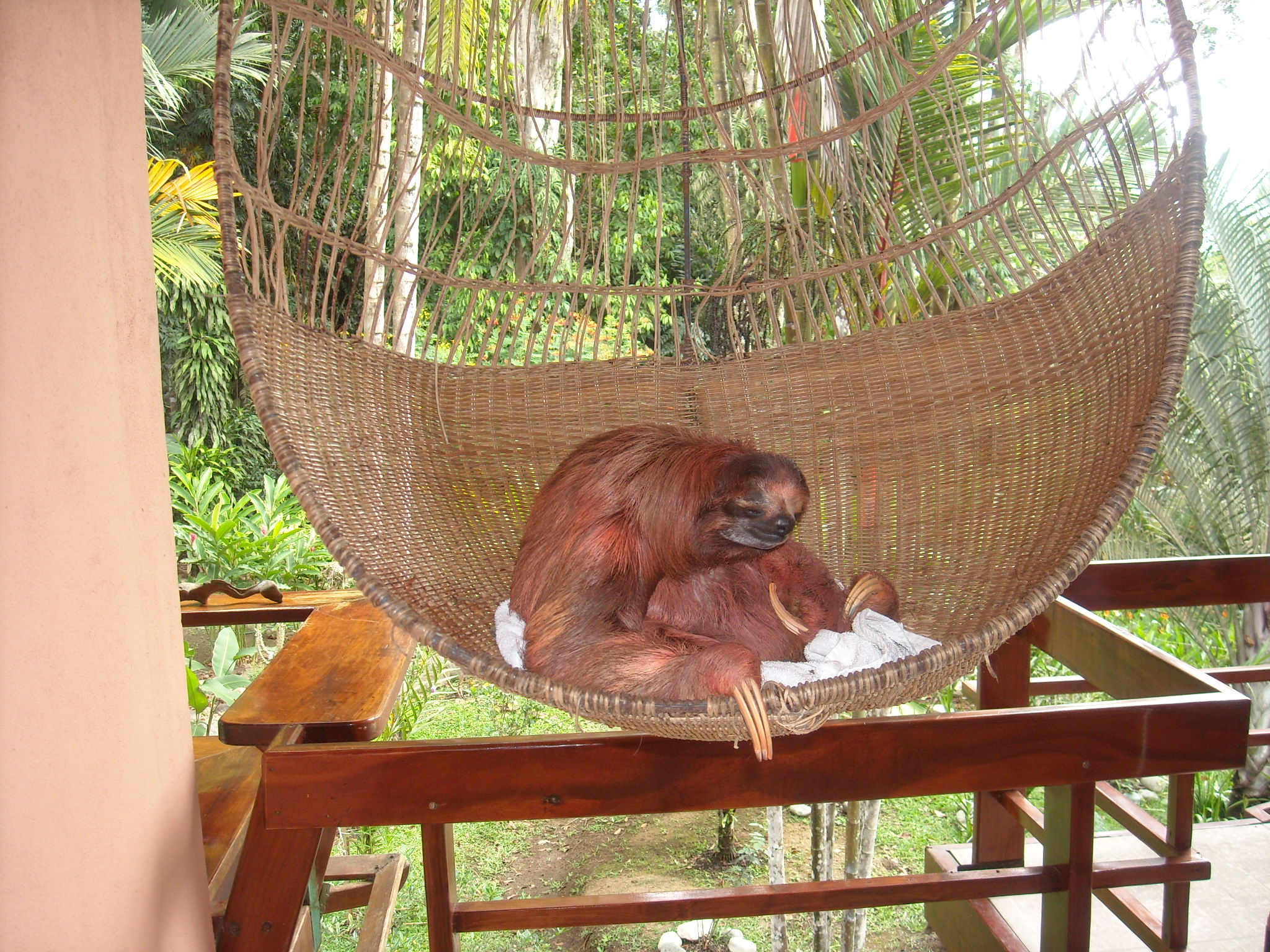 Yes, somehow an e-mail thread initiated by Tori delved from Facebook to an opossum to sloths. While neither of the two animals have a huge amount in common with each other—or Mark Zuckerberg for that matter—we probably would not have heard of (much less gone to) the Sloth Sanctuary of Costa Rica were it not for them.

ok – maybe I should start to worry a bit when an expat crossed-eyed opossum has a facebook page …and I don’t.
Am I truly the last one standing that is facebookless?!

This is the video she was referring to:

In response, a friend of Tori and mine forwarded the following:

Yes, an opossum has more virtual friends than you. Hmmm… is that a good or a bad thing is really the question?

Now here are some critters without a Facebook page who are definitely cuter—or as one of my Facebook AND real life friends said, “Get out your insulin shots, this is so damn cute.”

along with the following Meet the Sloths video clip:

(I suppose now is a good time to give some credit to You Tube, Vimeo and Facebookless’ friend too.)

Anyhow, seeing how cute the sloths were in the last video—and that they were living in Costa Rica—Tori decided that we must add the Sloth Sanctuary to the list of places we were going to visit on our Costa Rican vacation.

It turns out this was a good addition. The Sloth Sanctuary (a.k.a. Sloth Center, Sloth Orphanage, Sloth Rescue)—located in Aviaros del Caribe north of Cahuita on the Caribbean coast—rescues and rehabilitates ill and injured sloths before releasing them back out to the wild. For $25, we were given a tour of their center including an informative (but often inaccurate, according to the tour guide) video about two- and three-toed sloths, a visit with the resident adult sloths, a tour of the sloth nursery, and lastly, a canoe tour of wildlife on the Estrella River.

Of course, the main reason to come here was to say hello to the sloths. Here was one of them:

But we also saw other wildlife, including this garceta nivosa (snowy egret):

and this tree-climbing monkey:

We also saw bats, butterflies, lizards, crabs, and even an underwater cayman.

Unfortunately, we did not see any opossums. I don’t even know if they exist in Costa Rica, although according to Wikipedia they do habitat the Caribbean, Mexico, and other parts of South America.

Still, I bet Heidi the cross-eyed opossum would be happy to know that she was responsible for some of the love imparted to those cute Costa Rican sloths.

Hey Felix! After I saw your comment on my blog, came over here to see your experience! We went to The Sloth Sanctuary in Monteverde, so we were further apart than you thought! Plus I am about a month behind in slowly boring my family with my minute by minute re-cap of our two weeks in CR. Wasn't this a great place though? The daughter of the woman who accidently started this was our guide and she was just great. Now as I drink my coffee on this lazy gray Sunday morning, will read your other Costa Rica adventures! Thanks - nice to "meet" you. ↩Reply