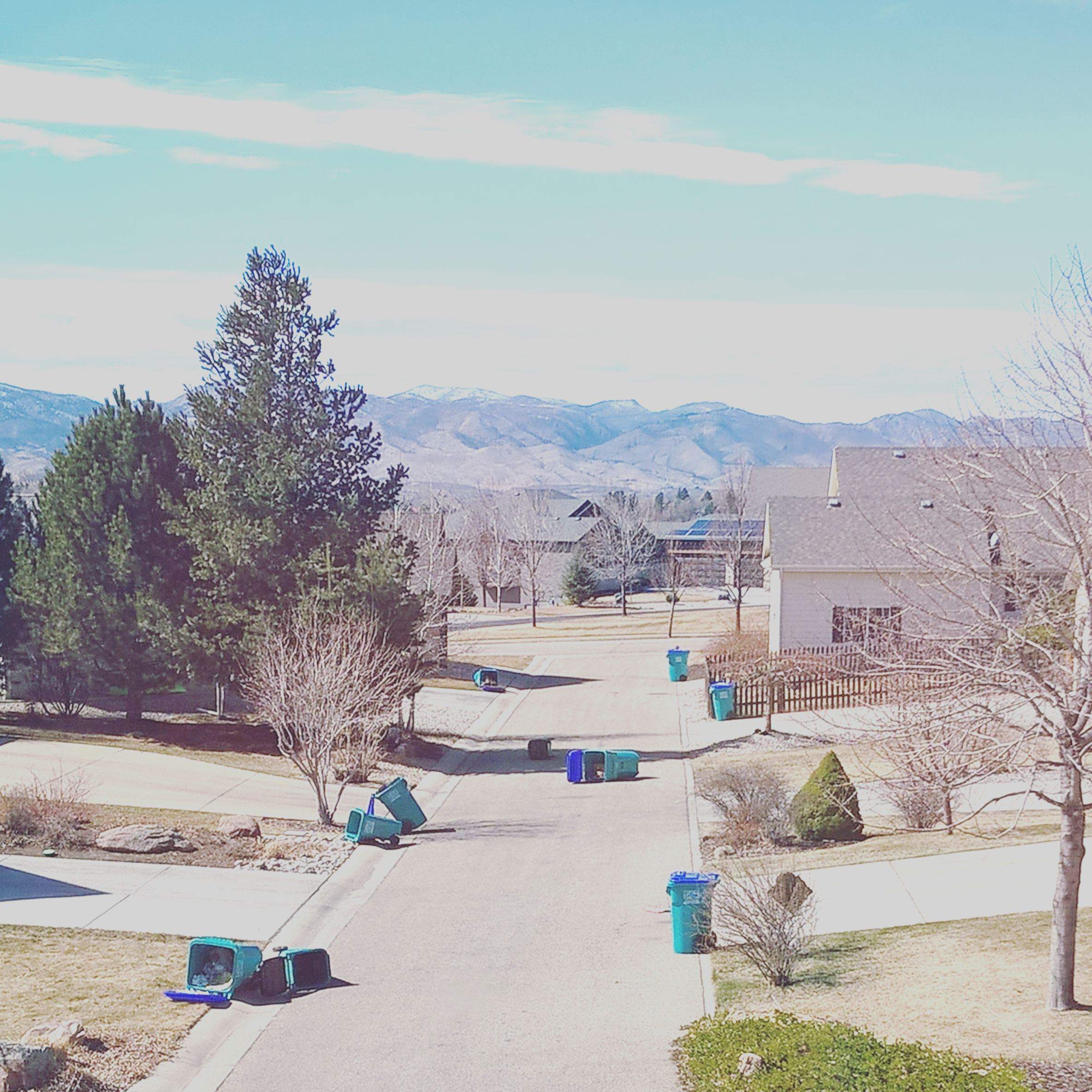 The other day a heard a noise outside that sounded like a drum being banged upon in rapid succession. Intrigued by the noise, I went over to the second floor window and realized that there was no marching band on the street. Instead, the rumble was caused by a sea-turquoise plastic object dragging along the dry blacktop at a rather rapid clip like it was in a derby car race. My recycle bin! Stop!

Apparently my bin was not the only one that had suddenly become alive. A quick glance down the alleyway revealed that whole garbage cans had tipped over like frat boys after an all-night tequila fest.

“Guess it’s a bit windy out there,” I thought. Again.

This month has been a little unusual for Fort Collins because normally March is by far the snowiest month of the year, and yet we have gotten zilch. While even drought-stricken California has been getting pummeled by rain the last few months, northern Colorado has seen more frozen flakes on an ice cream cone than in the skies.

What has remained constant for March in the Fort, however, is that there has been plenty of sunlight, several running-in-T-shirt-and-shorts days, and… wind! If I had not heard my microwave-sized recycle bin sail down the street and then chased after it like a pass rusher going after a quarterback, it may have ended up in a field a block away.

At least I didn’t have to take out the garbage that day. That’s one of the nice things about not generating enough waste to need to take out the trash more than once every three months.

Also, I was fortunate that a lot of unwanted debris did not blow into my yard. In contrast, Tori reported that on her side of town, there was a “huge collection of tumbleweed at my house.”

Unfortunately, the wind did not let up for a semi-long training run a few days later. This was clearly illustrated in my time splits in this flattish 10-miler. The pronounced V shape in the pace data was caused by Mother Nature blowing air at my face and then towards my back.

I suppose it could be worse. A day after that run, my friends Adam and Diana independently sent me a video of a bicycle tour in Cape Town, South Africa. The ride ended up being canceled, poor lads.

Hmmm, maybe it hasn’t been too windy in Fort Collins after all.