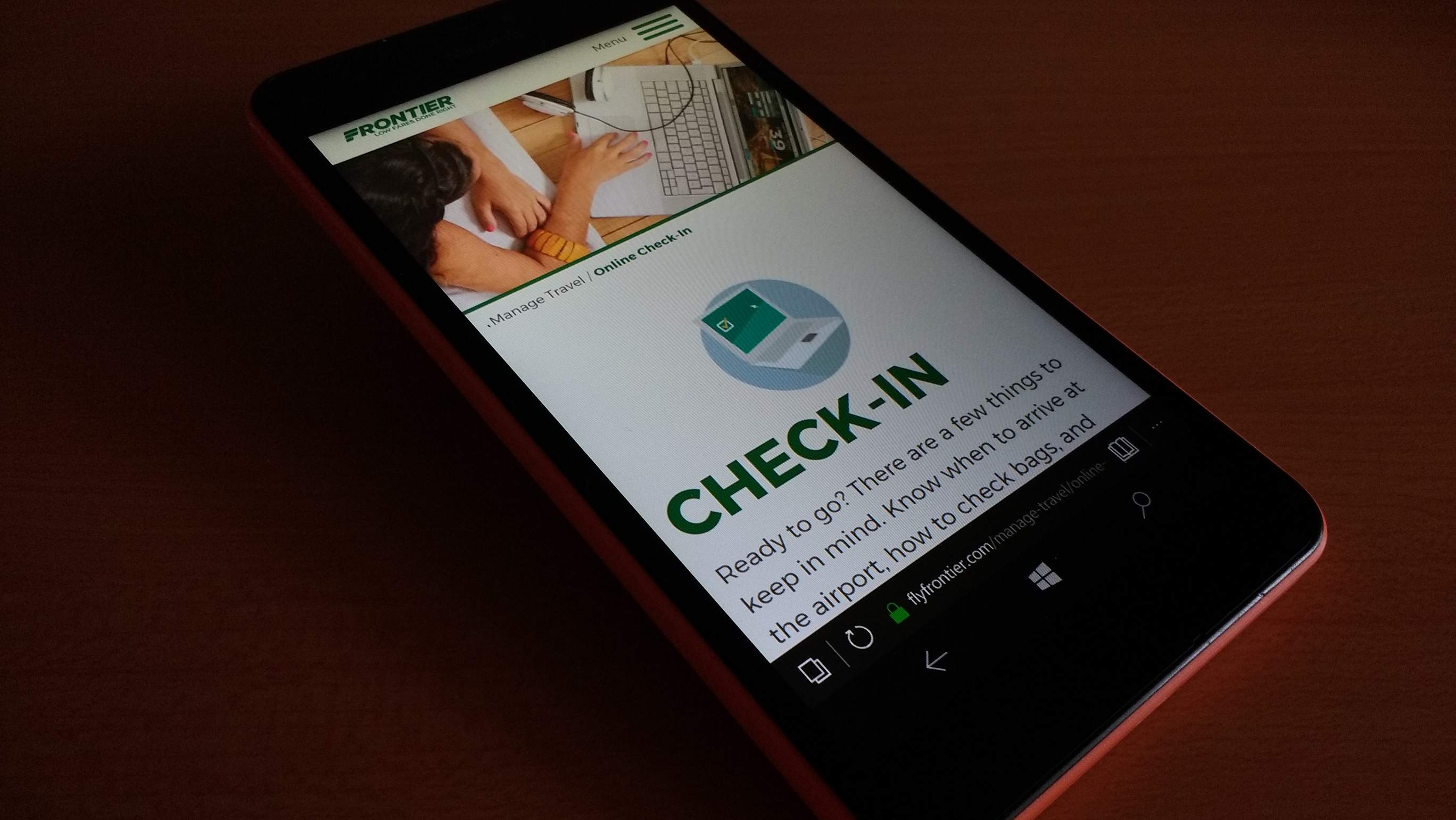 If you’re still rocking a Windows phone like I was from October 2012 to March 2017, then you are well aware that there are a few apps that are “missing.”

Windows phone detractors have often pointed to the lack of banking and airline apps. Personally, I’ve never done enough mobile banking to complain about the dearth of check-scanning software, but I do travel quite a bit. Having to print out boarding passes definitely goes against my zero-waste, paperless philosophy.

Happily, despite the lack of airline apps on Windows phones, I figured out a way to check in AND produce electronic boarding passes on the go. The solution was simple: check into the airlines’ mobile websites, and then take a screenshot of the boarding passes they tell you to print.

Below is a video I made describing this process:

I’ve been doing this for the last couple years and never had a problem at any airport, with any TSA agent, or any flight attendant doing the final boarding call. Both QR and rectangular barcodes saved via screenshots on my Lumia 640 XL have been easily read by the airport scanners.

I’ve also done this for downloadable coupons on the go too.

Yes, it would be nice if Windows phone had greater developer support. But at least in the case of boarding passes, there is a good workaround that allows Microsoft fanboys like myself to not sweat the lack of airline apps.