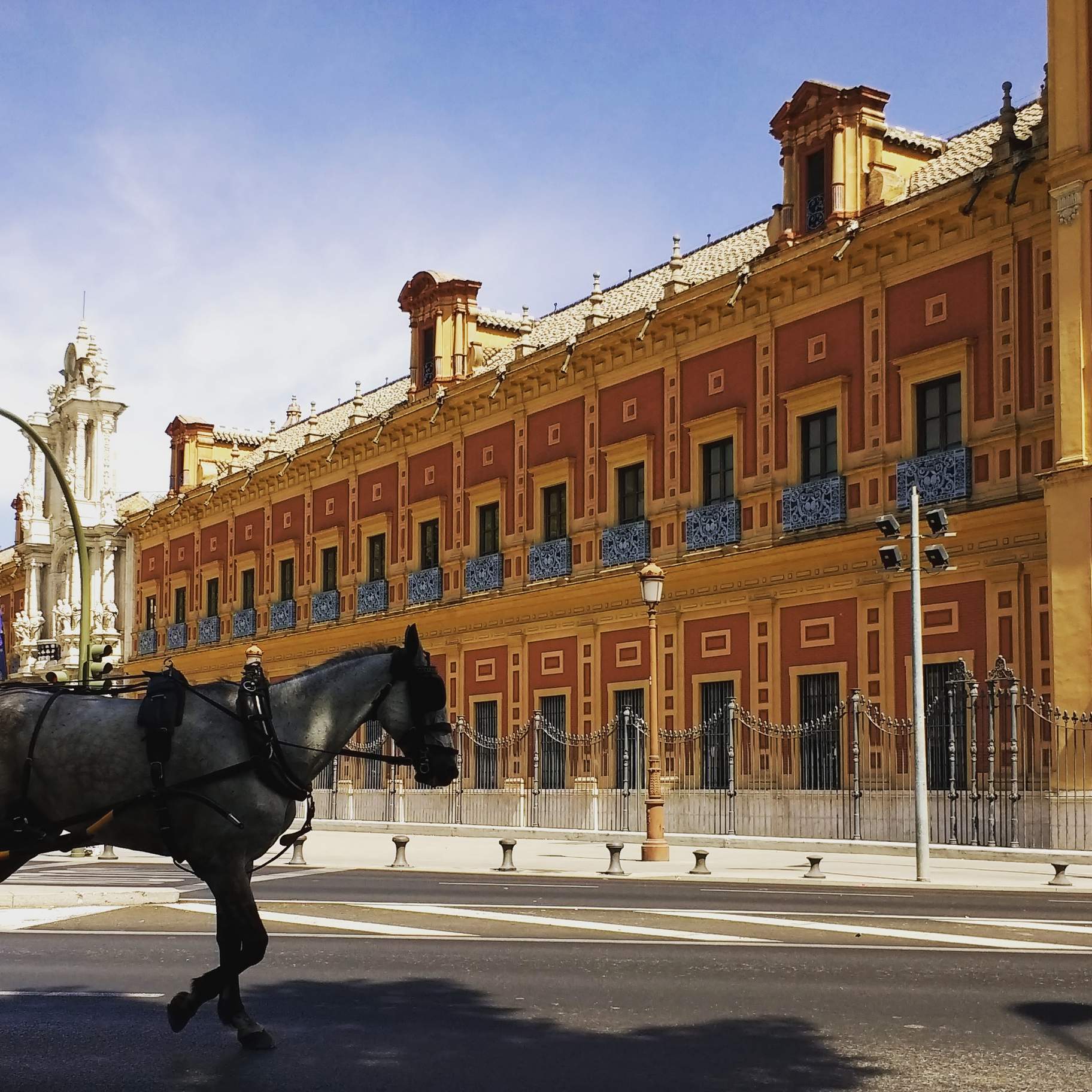 From Lisbon, we took an overnight bus into Seville and then checked into a beautifully modern AirBnB that was only two blocks away from the bus station. After a quick nap, we went to explore the city entirely on foot.

One of the first stops we made was at a Vodaphone shop, where I purchased a pre-pagado, rechargeable SIM card with 1.2 gigabytes worth of data and 15 phone calls for 10 euro. From this point on, I’d be able to connect to the Internet in virtually any place at any time, as cell coverage all over Spain is excellent.

We had only about 24 hours to spend in Seville, but we still managed to see the following:

The last 75% of our walking route is shown here in a Strava map. I forgot to start the Garmin watch for the first 25%, including when I went to get the SIM card on the other side of the canal.

At the end of the day, we dined near the Alcázar. Despite the restaurant being in kind of a touristy area due to the royal palace, the muy rico dinner of four or five tapas with bread for three people cost less than 20 euros. Qué ganga (what a deal)!