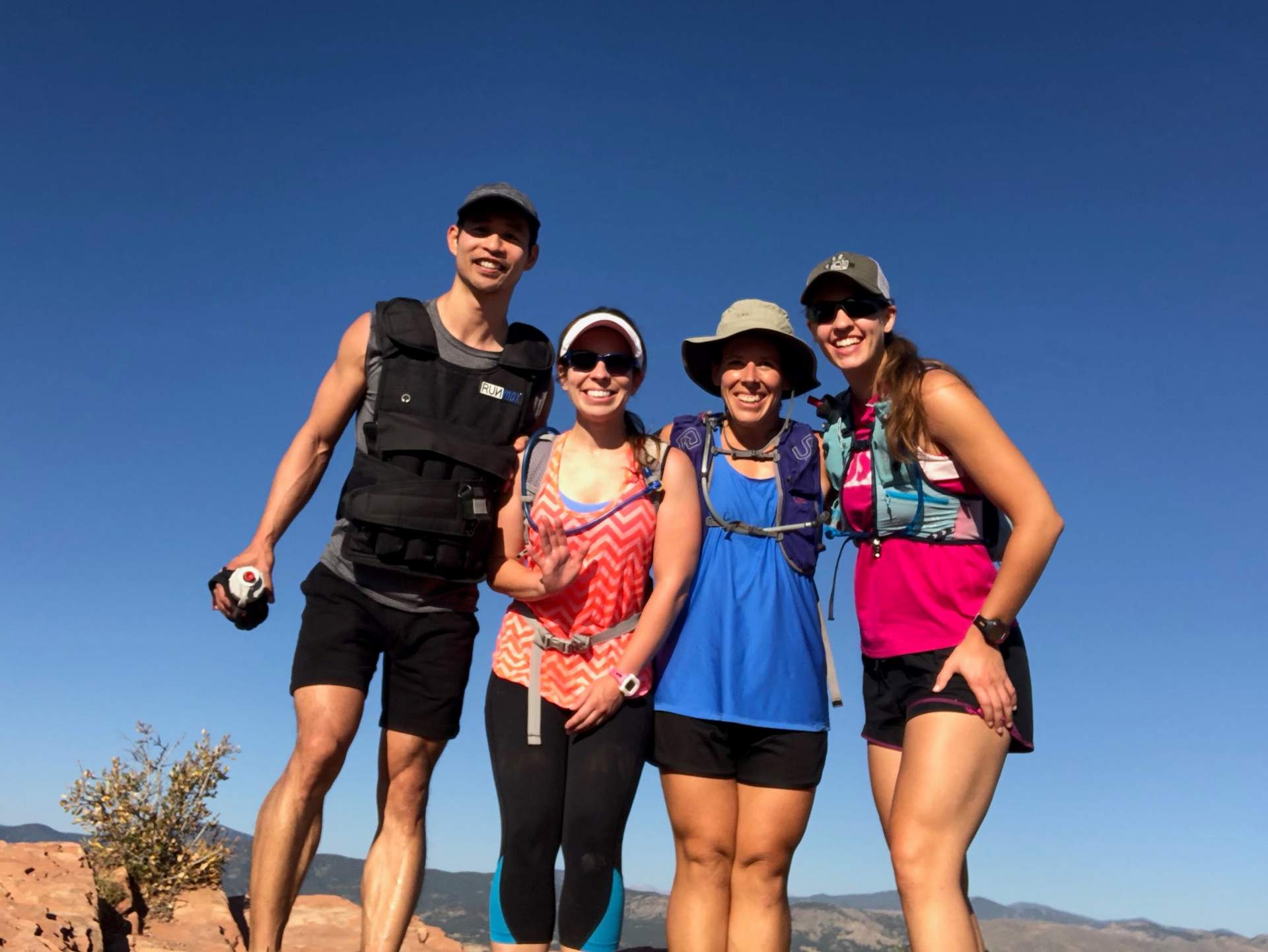 Since July 2018, I’ve been doing many of my usual workouts… but wearing a vest weighing between 24 and 40 pounds.

You can guess some of the reasons for doing so. First, it’s a way to increase training resistance.  Imagine doing a lot of your runs being loaded down by 24 pounds—and then doing them without the extra weight. If you did this enough, you’d probably be running faster than you ever were before due to the harder training wearing the vest entails. At the very least, once you took off the weight and tried running again, you’d feel like flying. It’s the same idea why many professional cyclists used to train on a heavier bicycles, saving the lightweight weaponry for race days.

Second, a weighted vest can help equalize two people’s running pace when there would be otherwise a big difference. For example, one of my favorite running partners generally runs 12 to 13-minute miles on trails, whereas I might be running more like 8 to 9.  The extra load helps keep the workout be higher quality.

Third, I wanted to see how much extra weight would slow me down. This would surely give additional motivation for not becoming overweight! While I haven’t done a very controlled study, a few runs on a local 5-km training route was telling. Usually while running the route at tempo (say, 10-km race pace), I’d average around 7:10/mile.  Wearing 24 pounds at similar intensity, the average pace increased to 8:10/mile.  This meant that by increasing my weight by 16%, the pace became slower by 12%. We can then deduce that each 1% increase in weight, you may slow down by nearly 1%. (Of course, this is assuming the extra weight is not due to additional leg muscle. If your legs became stronger and bulkier, you may actually become faster despite the extra mass!)

Finally, there’s a Memorial Day event called the Murph Challenge that I want to do in 2019. It involves the following:

Amber and Jennifer did Murph in May 2018, and I was so impressed that they completed the challenge, albeit with modification (e.g., no vest). I am fairly certain I could complete the feat without weight, but to do it as Lieutenant Michael P. Murphy did, it requires the extra load.

The pull-ups, I believe, would be the hardest part of the challenge. One hundred pull-ups in an hour without weight is a lot, even without the other exercises involved. It will be difficult to do them with 20 pounds and having to run and do so many push-ups and squats.

Better start practicing now, then. Doing 10 pull-ups wearing 40 pounds was a good start like below. Never mind that my arms and back muscles were sore the whole weekend afterward!

The Vest I Am Using

I use a RUNmax weighted vest with padded shoulder pads, which was a best-seller on Amazon. The one I got has 10 removable sandbags of 4 lbs. each, which effectively allows you to wear 0-40 lbs. of extra weight. (The vest weighs about a pound by itself.) It has a water bottle loop and an upper compartment for a cell phone. It cost about $60.

With the shoulder pads it has been very comfortable. I am very happy with the product and recommend it.