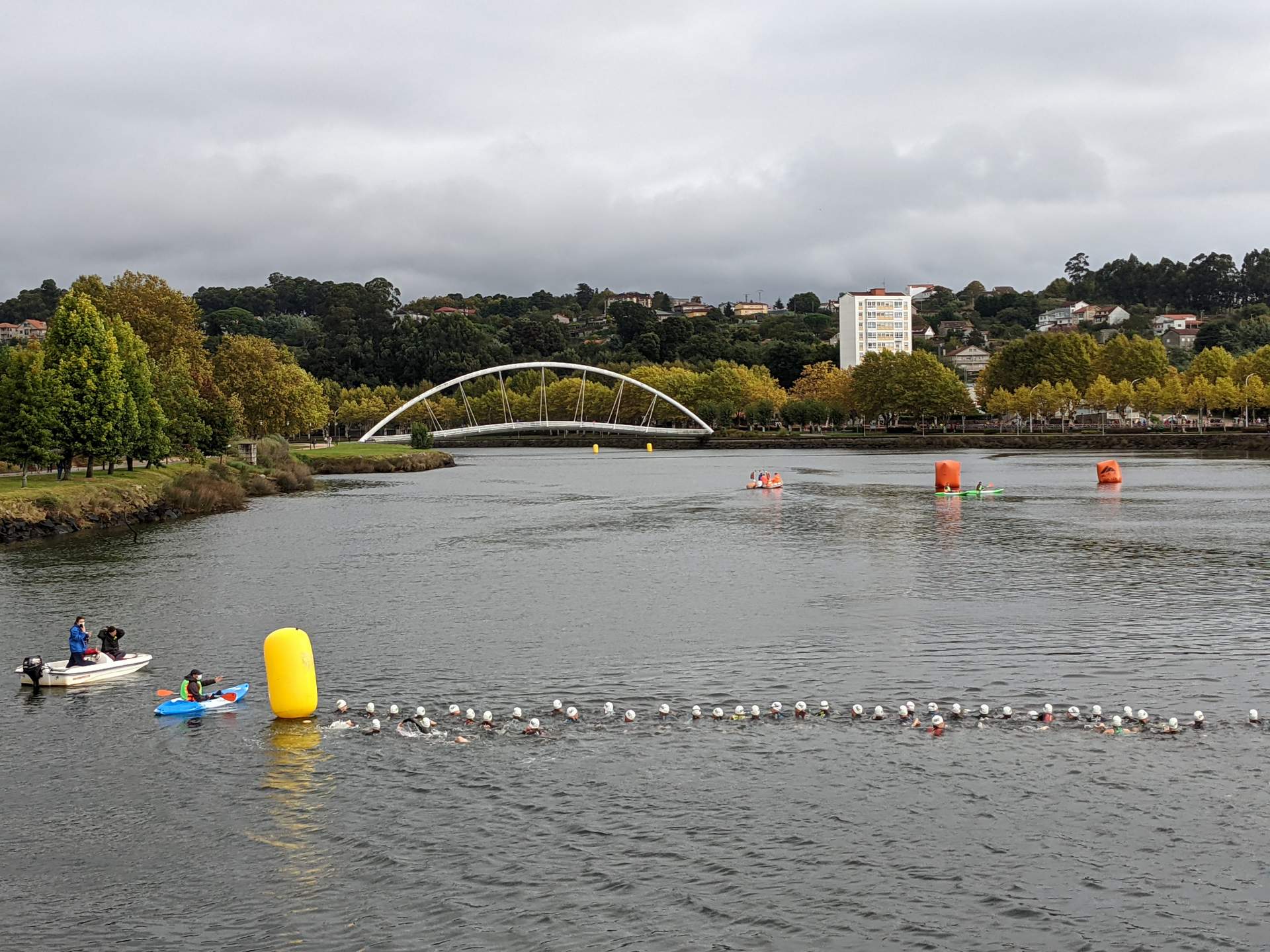 I already thought that Andrea had bought a home in the nicest part of Pontevedra. But that belief was strengthened even more a couple of days after the move-in date while there was unusual organizational activity on the street out front, next to the Lérez river.

“Maybe a festival,” she suggested.

We took a closer look. There were a few folks rolling around the newly set up tents on carbon fiber bicycles and deep-rimmed wheels. There was also a giant inverted ‘U’ that looked suspiciously like the finish line of a race. It had a logo on it. I read what it said.

Campeonato de España de Triatlón Sprint. The national sprint-distance triathlon championship was right here in Pontevedra. The finish line was a mere 50 meters from our windows. What a pleasant surprise!

There were races being held all morning and afternoon on Saturday, and all morning on Sunday. The morning races on Saturday were the juvenile and junior divisions competing in the SuperSprint distance, or 250 meters of swimming, 6.5 kilometers of cycling, and 1.5 kilometers of running. Those distances were so short that most of the athletes had finished the swim in less than four minutes. I found it interesting that all of them still wore wetsuits. Stripping off the wetsuits could easily take one or two minutes, and I imagine the water was warm enough to endure four minutes of swimming without wearing insulating neoprene.

Later races, including the Sunday morning ones, had elites, age groupers, and para-athletes doing the Sprint distance, or 750 meters of swimming, 20 kilometers of biking and 5 kilometers of running.

Andrea asked me if I would have done the event if I knew about it. Maybe if I had a bicycle here? There is also the question of whether I’d need to qualify or not since these were supposed to be the national championships. My speed is nowhere near championship level for any discipline—particularly swimming. Never mind that I have done quite a few laps in the pool this summer and have newfound confidence that I could hold my own in the water for at least a third of the 750-meter swim!

More information about the event is at triathlon.org in Spanish.