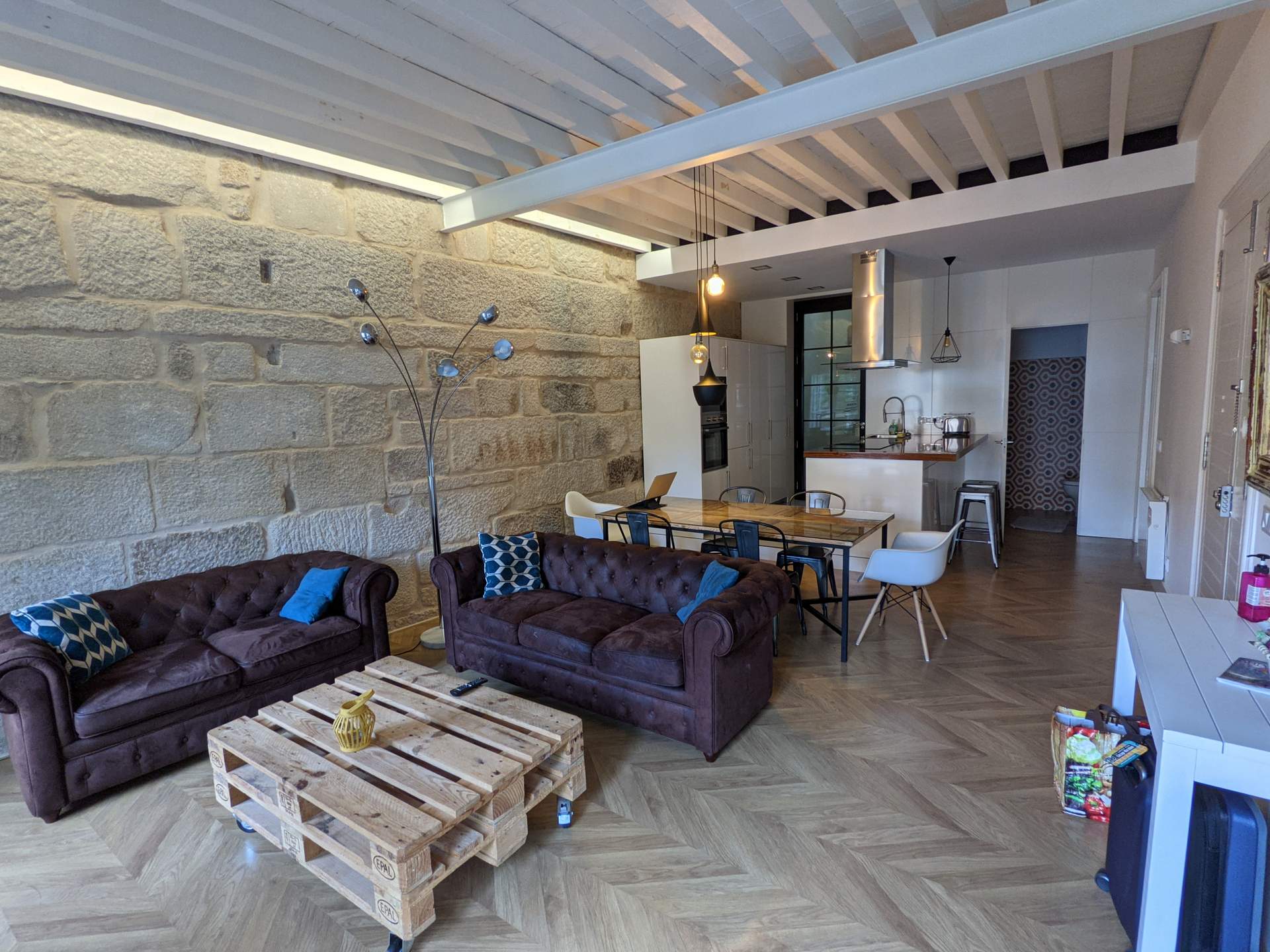 Not long after returning to the town of Pontevedra in Galicia, Spain, a friend in the States asked me how Spanish homes are similar/different from those in the U.S. After replying, I thought “this would make a good post.”

In general, these are the differences between homes in Spain and the U.S.:

Otherwise, I think apartments in the US and Spain are similar. Ours even has a gym and indoor pool like many of the high-end ones in the States. We are also lucky to have two parking spots in an underground garage below our apartment building.

Uber Eats also can deliver food from many restaurants and I have used that service on occasion. (In Pontevedra, many of the Uber Eats workers ride bicycles or motorcycles.) Interestingly, however, Uber Trips—the taxi-like service—is not available in Pontevedra. From what I understand, this is not due to regulations but lack of demand.

Note: the picture below is not of our current home. Instead, it’s a photo of a cool apartment in central Pontevedra that I rented for a few days as it was a better value than nearby hotels. I enjoyed staying in it.