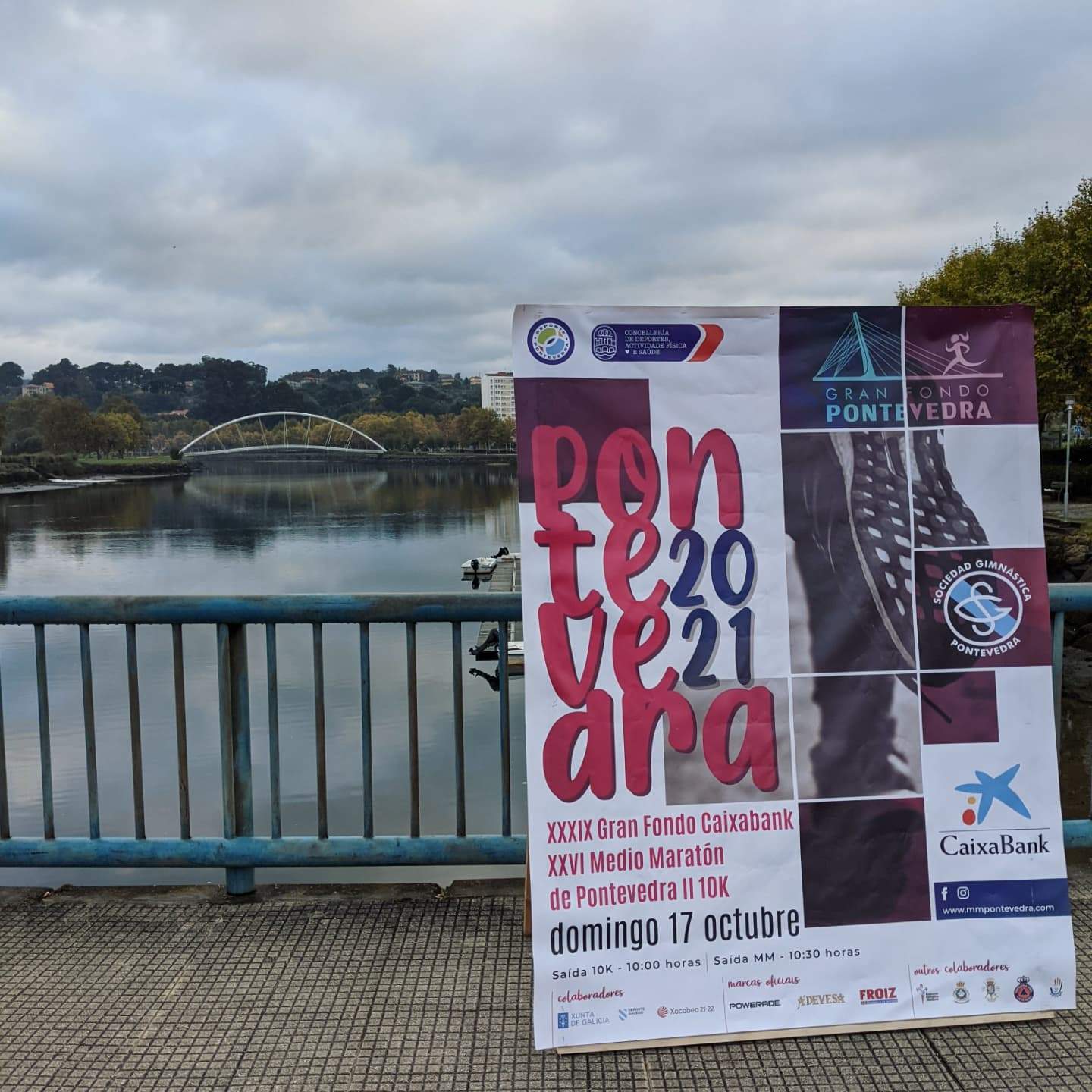 It was only a few days after the National Sprint Triathlon Championship when Marta, the pole-vaulting doctor friend of Andrea, had sent her a message about another exciting event in Galicia, Spain.

“The Pontevedra Half Marathon will be in a couple weeks,” to paraphrase her Spanish text. “Online registration ends tomorrow!”

As luck would have it, the race would start on the street in front of our apartment, just like the triathlon. I still had a reasonable amount of running fitness from doing the Rock ‘n’ Roll Madrid Marathon a couple weeks prior. Therefore, there was no hesitancy to enter the race once I learned about it.

Some other perks of the race included:

What did the protocol entail? These are the steps the organizers took to ensure a safe race:

Were these requirements overkill? Probably. Nevertheless, the race still sold out, and nothing but the COVID test seemed like an inconvenience. I think the general feeling among the athletes was that these were good measures that helped them avoid performance-killing disease.

As it turned out, these runners had good reason to not want to get sick. The entrants here were serious athletes.

I say this because I set the Garmin’s target finish time of 1h37m, which corresponds to a 7:24/mile (4:36/kilometer) pace. I was running faster than that and yet lots of people were passing me. Not just young ones, but many elders with full heads of grey hair.

“What is going on,” I thought at one point. “This is like the Boston Marathon.”

In fact, when I ran Boston in an underperforming (relative to my 3h03m qualifying time) 3h28m in 2008, I still finished 71st percentile in a field where everyone except charity entries had exceeded a rigorous qualifying standard to enter.

In contrast, here in Pontevedra, I ended up running my fastest official half-marathon in 12 years with a final time of 1:36:09. Yet it was only good enough for 207th place out of 475 entrants, or 56th percentile!

More impressively, the last place runner finished in 2h07m. This wasn’t a particularly fast course either: there were lots of turns, a one-kilometer ascent into the city center that the route went up twice, and the course ended up being a half-kilometer too long.

Marta later explained that the athleticism here is abnormally good, in part due to the existence of the Centro Gallego de Tecnificación Deportiva, the Pabellon Municipal dos Deportes, and the Campus de Pontevedra and its sports program, which all cater to elite athletes and performance-oriented folk.

Another striking thing about the race was the heavily skewed male-to-female ratio among the entrants.

In the half-marathon distance, 85% of the runners were guys. In comparison, races in Colorado usually have more women to men. For example, in the 2019 Horsetooth Half Marathon, 53% of finishers identified as female.

The runners were also older experienced. Forty-one percent were masters (age 40+). Of that field, I finished 100th of 194, or 48th percentile.

A wonderful thing was that the competition got me to try harder. I ran the first ten kilometers in 43 minutes flat, and although I slowed some in the second half as the legs fatigued and breathing became more uncomfortable, I maintained focus and intensity.

When I entered stadium of the Centro Gallego de Tecnificación Deportiva for the second and final time, I commenced a sprint, running at 5:50/mile despite already feeling gassed. Most of the runners around me also sped up considerably so I only passed two others after entering the track.

It was nice that the race organizers uploaded a video of the finish onto YouTube. I would love it if more races did that.

Times and statistics aside, this was a unique way to tour the most iconic parts of Pontevedra, a town I have quickly become very fond of.