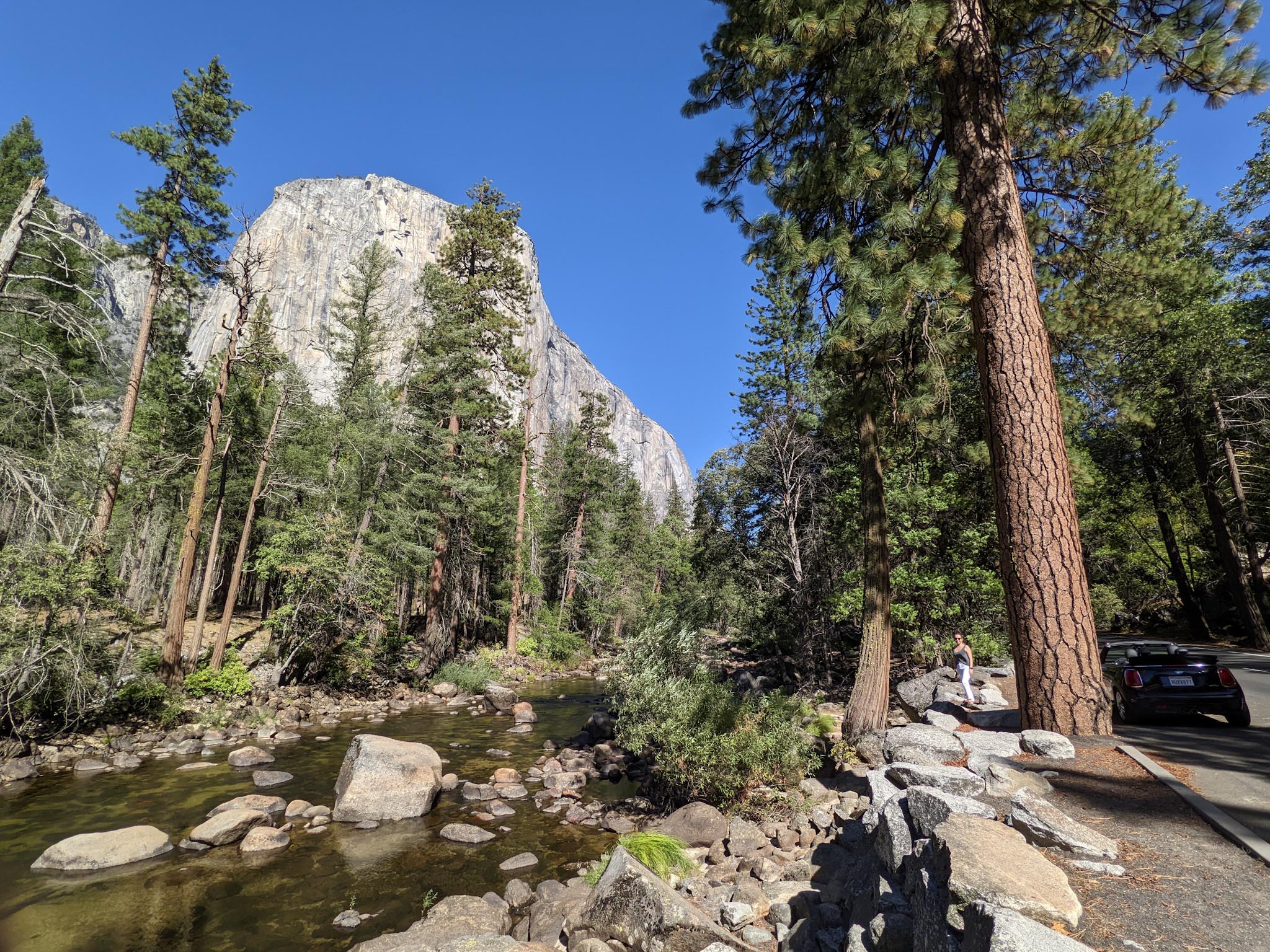 “Tomorrow,” my dad suggested late Wednesday night, “you should take Andrea to Yosemite.”

That idea had never crossed my mind because I always assumed it would be too far. But a quick Maps search revealed that Yosemite was a not too-unreasonable 2h40m drive away. Moreover, in the garage was the perfect vehicle for the road trip: a John Cooper Works edition MINI Convertible that I had rented from SIXT Rent-A-Car at the San Francisco airport.

More internet searching revealed that motorists would need a reservation to drive through Yosemite until after September 30th. But there would be some reservations up for the taking at 8:00 a.m. At that hour, I logged on to recreation.gov and paid $3 for a spot. Then, less than two hours later, we were on the road headed to what is perhaps California’s favorite National Park.

Both Andrea and I initially had reservations about such a day trip. This would be our last full day in California, and we would rumble down pavement for most of it.

But when we arrived in Yosemite Valley, we quickly case aside any notion that this trip was not worth it.

“Be sure to thank your dad for the idea,” Andrea said as we gazed toward El Capitán. I was thrilled that Andrea could see the 2000-foot rock that Alex Honnold mind-blowingly climbed without a rope. Almost exactly a year ago, we watched the movie Free Solo which documented this feat, a movie that got my vote for best film of 2019.

We spent the rest of the afternoon checking out the major attractions of the Yosemite Valley loop, including the Merced River, Merced Beach, Three Brothers, Swinging Bridge, Half Dome, and Yosemite Falls. The drive was splendid and not overly trafficked. The landscape and granite rock formations were every much as beautiful as Ansel Adams’ photos made them out to be.

Thanks, Dad, for the suggestion.