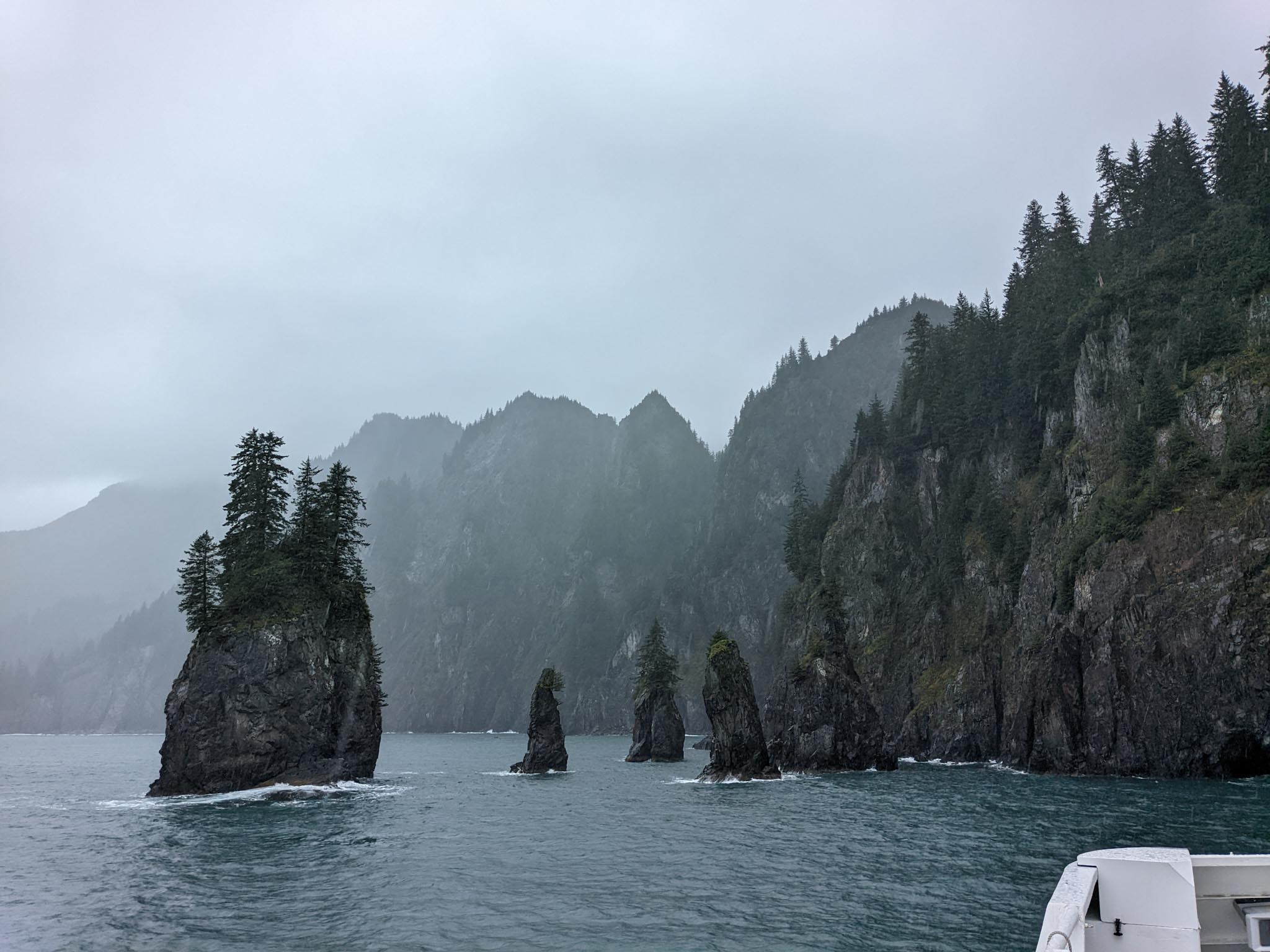 The Alaskan Wildlife Conservation Center trip was such a delight that we wondered if we should partake in another journey to see the animals. In particular, a cruise by the Kenai Fjords. Was it worth the three-hour drive (each way) to Seward?

We were still undecided when I struck up a conversation with a local at the Kenai River Brewing Company in Soldotna.

“Yes, I’d recommend it,” said the man who had lived on the Kenai Peninsula for the last several decades. “I usually take visitors to see the Fjords.”

Thus, I ended up booking a four-hour cruise by Major Marine. It was one that Barack Obama had done, claimed the website.

Only minutes into the cruise, we saw this delightful sea otter relaxing on its back in the bay:

That was a good sign that we saw a cute animal so quickly. However, there were not many more for the rest of the trip. The ones we could see through the rain included a porpoise, a couple of bald eagles, and some seals. The cruise ship guide also mentioned that there was a white jellyfish in the water.

Aside from the animals, we saw glaciers and Spire Cove. And of course, the Fjords.

Did the cruise end up being worth the drive and cost? I think so. But if you end up trying to decide between the Fjords Tour or the Alaska Wildlife Conservation Center, pick the latter. It is more conveniently located to Anchorage, much less expensive, and more fun too.