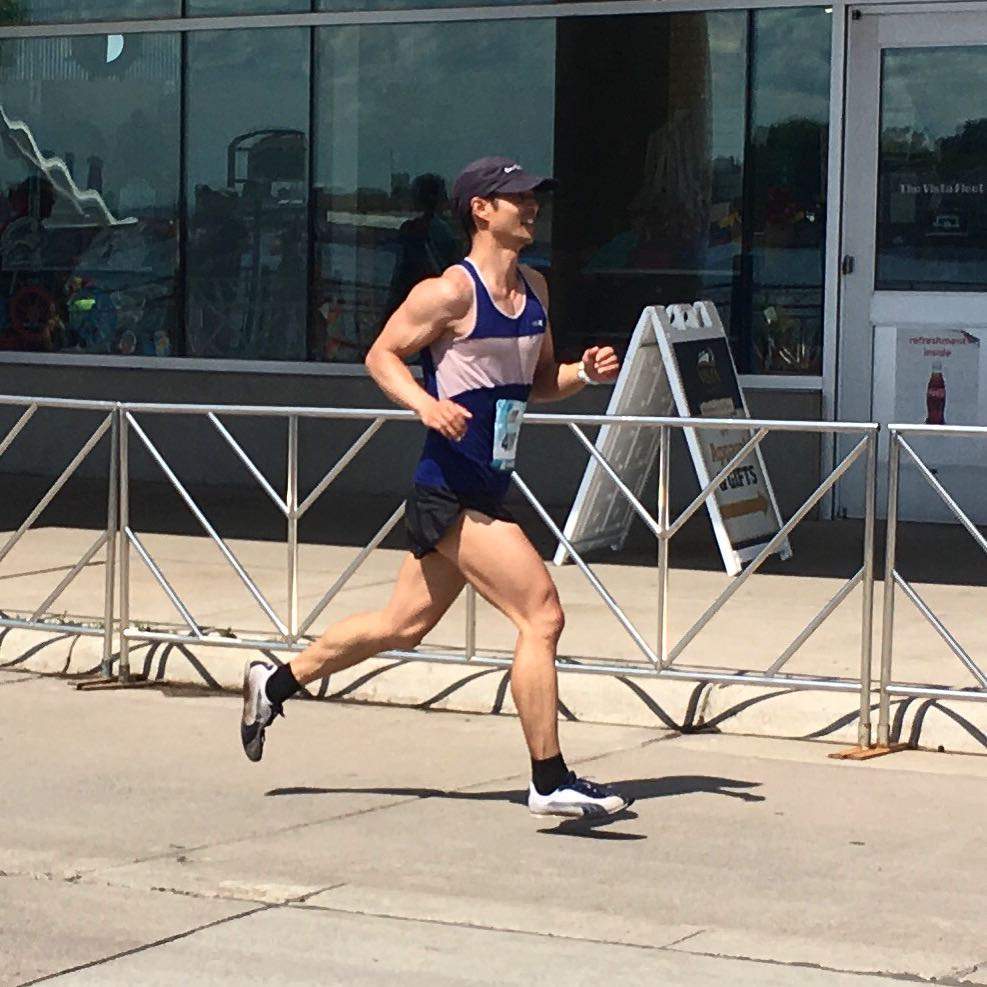 This is a record of the running races I have done so I can chart my progress over the years. Click the headers in the table below to sort by date, distance, pace, etc.

Felix has run 228 races in his lifetime.

So I finally scoured my hard drive, records, and web for the results of all the races I have ever done. (Many thanks goes to Peter Zinsli of zinsli.com who had aggregated much of the data from the last six years.) From the data it is easy to observe some trends.

First off, until recently, I have not gotten any faster at all at short distances over the last decade. It was rather shocking to discover that my fastest 5k race ever, until April 2005 (in the Stockton Great Spear-It Run), occurred in 1995 (coincidentally, also in Stockton--the Delicato Grape Stomp Romp). That was the very first one I did, with no training whatsoever aside from bicycling! Recently, it took six months, run technique refinement, some speedwork training, better race strategy, and four 5k races just to beat that. It just comes to show that focusing solely on long-distance running, as I have over the last few years, does nothing for top-end speed. If anything it made me a slower runner by getting me in the habit of running at a slower, more sustainable pace.

Until January 2005 I also think my run technique had regressed. During longer runs I had a habit of settling into an overstriding, low-cadence rhythm. It took conscious effort to correct that. A big part of solving the problem was reading up on optimal running technique and keeping aware of my form at all times. The best running technique advice I read was an e-book by the late British world-record holder Gordon Pirie. There's quite a bit of boasting in his book but there's a lot of wonderful information. I highly recommend reading it; good running technique is not only critical for speed but for preventing injury.

Better running technique helped my speed improve for longer runs. And I don't get nearly as sore after runs anymore, unlike those first 5ks where I literally could not walk down stairs for days after those 20-minute runs.

That said, I do have some short- and long-term goals which will require me to improve. I will put them below so I can look at this page and be constantly reminded of them.

The following goals, except for the first one, were set in January 2005. I achieved them all by May 25, 2008 after barely completing the Sulphur Springs 100.

The main outstanding goal I have now is to run a marathon in every state in the USA by 2025.