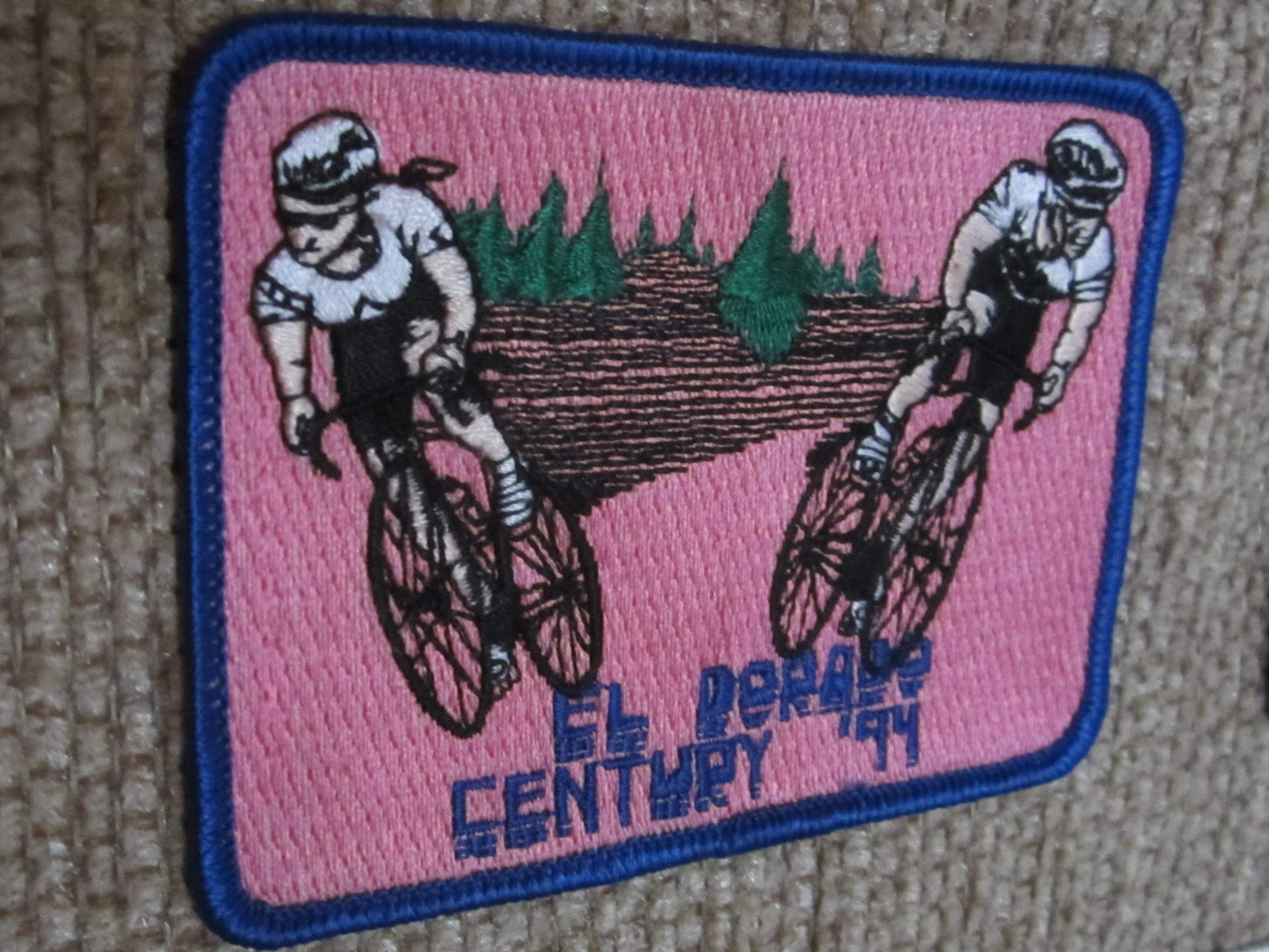 Having done two 100-milers and the 70-mile El Dorado route in the past year, Ken Loo and I now had the guts to attempt the leg-breaking, pain-inducing, 100-mile route with over 7000 feet of climbing. Actually, the ride was a blast.

Ken had recently acquired his uncle’s Colnago racing bike, which was almost 10 pounds lighter than the Motiv mountain bike he used last year. I rode my beloved little red Cannondale. Yesterday was Canny’s one-year anniversary with me. What could be a better way to celebrate?

We left the start at 6:45 a.m., early enough that I turned on the Vistalight rear flasher. The first few miles were rolling, and then we hit some serious climbs. I was feeling good, and Ken appeared to be too, especially for a guy that had few opportunities to ride hills in pancake-flat Stockton.

But after 20 miles, Ken got a flat. No problem; we had the necessary flat-repair equipment. It also occurred in front of a gas station that even had an air hose and a big tub of water. How fortuitous.

When we got to the first rest stop we heard remarks about how the second stage would be the most difficult part of the ride. Some riders were in disbelief as the first leg was plenty hilly already. But they weren’t kidding, as we got to The Hill.

A third of the riders seem to be walking, and others who chose to stay on the bike were grimacing. I was taking full advantage of my granny gear at three miles per hour. Ken had dropped back quite a bit, but I wasn’t stopping as it would only prolong the agony.

“This is impossible,” I muttered to a lady walking up her bike, at almost the same pace I was riding. She replied with encouragement. I was dripping salty sweat over Canny’s top tube, but I inched on.

After 30 minutes of this I finally got to the rest stop, feeling more relieved than victorious. Ken arrived 20 minutes later, muttering about how high his gearing was. We took a look at his cogs and chainrings.

“My gosh, it’s a straight 5-speed freewheel. The largest cog has only 19 teeth. And my small chainring has 42.”

Upon hearing this, some cyclists burst out laughing and slapped Ken on the back. “Good luck, my friend, good luck!”

And there was still 60 miles to go. Still feeling good, but now aware of Ken’s handicap, we continued through the picturesque hills so abundant in El Dorado Hills. Fortunately, after the long ascent, there was a wonderfully long and winding descent of about 20 minutes that afforded speeds over 40 miles per hour all the way down. Being able to keep up with cars at this speed induced euphoric feelings. It was a great reminder why in the last year or so at Stanford I was really becoming fond of hills: the downhills make the uphills worth it. I kept count of the number of instances I exceeded 40 miles per hour during the ride, and the total was 15 different times.

From miles 60-80 I joined a couple of strong riders and we traded pulls at speeds over 20mph. Ken did the same with other riders.

The scenery of the last 20 miles was a lot less verdant than the first half of the ride, but still rolling, nevertheless. I came in at around 4:00 p.m. Ken arrived half an hour later. With his incredibly high gearing, though, he once again proved to be the man of the day.

The ride was truly gorgeous; the scenery and mild temperatures were the best of any century I have gone on. It was a challenging 100-miler.