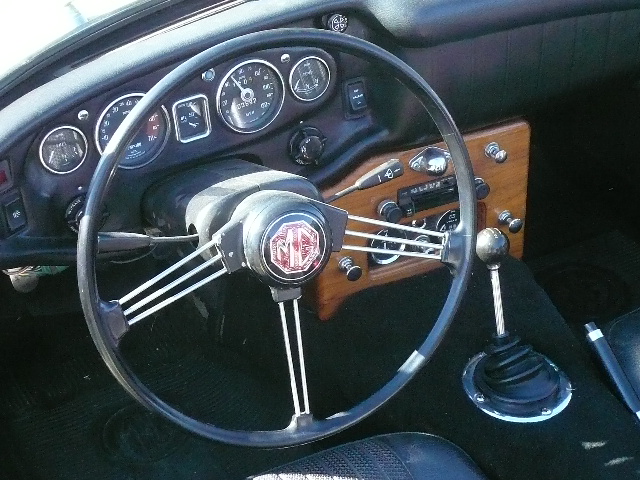 Excellent article... thanks for the read! ↩ Reply

hey...i like your thing here on double clutching.. im gonna try it.. i actually never never how to perform it though.. untill now.. my problem is that im 6 feet 2 inches tall and i drive a del sol.. but ill see what i can do...i guess about a month or so from now.. i can let you know about how my progress is coming along... thanks for the how tos... ↩ Reply

Awesome article!! Gonna try to incorporate this into my current driving techniques and hopefully save wear-n-tear and money in the long run. ↩ Reply

Nice article! Thanks for the advice. ↩ Reply

Thanks for the info. I currently drive an 06 Acura RSX-S and am trying to pursue a racing career as soon as I get out of college. I will practice as much as possible. ↩ Reply

Cool! I figured this out myself after I let out the clutch in the "normal" way, and the back end slipped out and I ended up sideways in the road at only 15km/h (I'm an aussie so excuse the metric system). I'm no idiot at driving, but it catches even the best drivers. So from now on, I always double clutch. Besides, it sounds coolio! ↩ Reply

Didn't know people still know how to, most of them can't even shift grears. ↩ Reply

I just got my manual transmission on my '92 Honda hatch and I was desperate to read about the double clutching. Thanks for this article. ↩ Reply

I'm not going to be a professional racer but it sounds good to be able to do this skillful technique. ↩ Reply

I recently had a chance to take my boss' '62 MGB for a few laps around SPA. I really struggled with the 2nd gear changes approaching the hairpin, and the Z bends. I tried the double de clutch, but forgot about blipping the throttle, creating plenty of grating of gears - hence me reading up on it. I will practice before we return this June. It is an awesome experience, although going from the safety of a modern car to a little old MG is a scary experience, but it won't put me off. Thanks for your explanation. ↩ Reply

Hey, thanks for the advice. I never knew what double clutching was until now. I tried it and it works pretty well. I have a sweet 96 Cavalier and I love it when I double clutch so thanks again... ↩ Reply

Hey, cheers for the article. I didn't know how to do the double declutch and I'd never even heard of the heel toe braking. After a day on the track with my dad's car, I'm getting the double clutch. Sweet!! ↩ Reply

Even though I do not have a car I enjoyed reading about doulble clutching. A family friend drove a clutch. She drove a front-wheel drive Chevy Nova ; she has passed . ↩ Reply

I wondered what I was doing all this time, I never knew that double clutching was the term for that, Ive been doing it since ive started driving, it just made sense to rev the engine to match the spend of car when slowing down but my question is whats the term used for poping the gear stick from 1st gear to 2nd without using the clutch and does every car have its own limit of revs you can take it up to without grinding the gears when changing, thanks. ↩ Reply

thanx for teaching i realy thank u ↩ Reply

Yup, double clutching rocks. Besides, people sometimes use it for drifting so the car at high RPMs, with the necessary counter-steering, can perform a drift. Well, I'm 14 and I love this stuff. Thanks, man. ↩ Reply

im gonna try this on live for speed. it wont make me faster but it looks good :) ↩ Reply

This is a nice article. I really apreciate the info given here. Iv'e allways driven stick shifts and used to think I was the best at it. (Obviosly I was way wrong.) Recently I put in an app to drive buses with manual transmissions. I knew double clutching was necesary but thanks to you now I kind of understand it and maybe I'll be able to pass my tests. Thank's a bunch! ↩ Reply

I have already broken the dogbox transmission not double clutching. Did not know how to do it till now, but too late. Once the rebuild is done this procedure of shifting will be applied. ↩ Reply

[...] clutch Heel and Toe and Double Clutch Techniques How to Double Clutch for Racing | eHow.com FelixWong.com How to Double-Clutch and Heel-Toe Downshifting What kind of credibility do your "racer" friends have? I'm a "racer" myself [...] ↩ Reply

Hey this is a great article. I could not believe it when the pic was a mgb because I own a 74 mgb and am in the process of restoring it. Odd little cars but really fun to drive. ↩ Reply

Hey thanks Brandon. Good luck restoring your '74 MGB. I miss my '69 a little bit. I sold it in '07 after owning it for 12 years, but still have lots of memories of the car. ↩ Reply