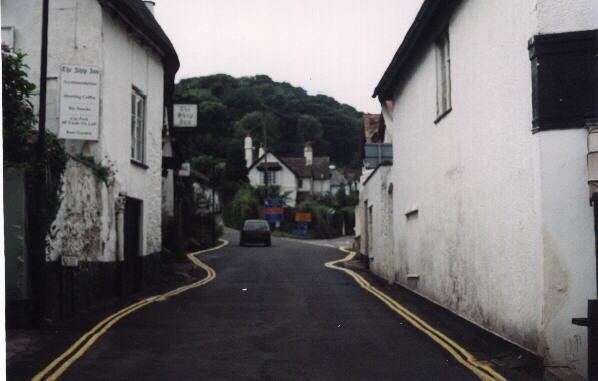 In August of 2000 I rented a little Vauxhall Corsa and did a driving tour of the southern expanse of England. In addition to visiting Carolyn, I drove to Oxford, Dover, Stonehenge, Sommerset, Exmoor, and the Lynmouth Coast. It took me about a day to get used to driving on the left; e.g., the first day I smacked a curb as I wasn’t used to the expanse of “car” to the left of me, and a few hours later made a right turn into the wrong lane. From that point on I kept having to tell myself, “remember, WIDE right turn.” Roundabouts (traffic circles) were also a little tricky; I actually spent 20 minutes just watching how cars negotiated a 3-lane roundabout in Oxford, and came to the conclusion that people just know where other cars are and don’t really have hard-and-fast rules. I actually came to really like roundabouts and their efficient flow of traffic; much less stopping than with traffic lights.

Excerpts from the only email I wrote during this trip in England:

It just so happened that I was passing by an internet cafe in the Soho district of London, and I couldn’t resist that 35 min per £1 rates even though I am supposed to be on vacation away from computers.

So far I’ve had a very relaxing time here, getting lots of rest and relaxation. So far I’ve only visited London and some parts of Oxford, although when I drove up to Oxford I could not find the university, which is why I ended up stopping at a park to eat a sandwich and read a book.

The more interesting things that have occurred so far include trying to understand how the roads here work. I’m finally getting used to this drive-on-the-left-side type of driving.