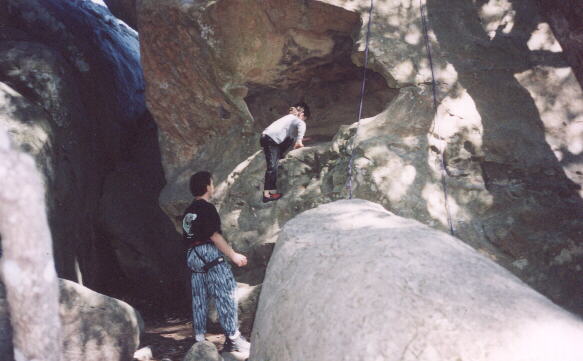 Here are some photos from rock climbing at Indian Rock with 8-year-old Josh Levin, his dad Rich Levin, and Stacey Li Collver. Indian Rock is located in Castle Rock State Park west of Saratoga, California. Stacey, a manager at Mountain View’s Twisters climbing gym who had become a good friend mine, had introduced me to Josh and Rich as she was Josh’s climbing coach.

I did not know it at the time (March 2002) but Josh would become a national speed climbing champion many years later. In 2016, he even was a national finalist on American Ninja Warrior!