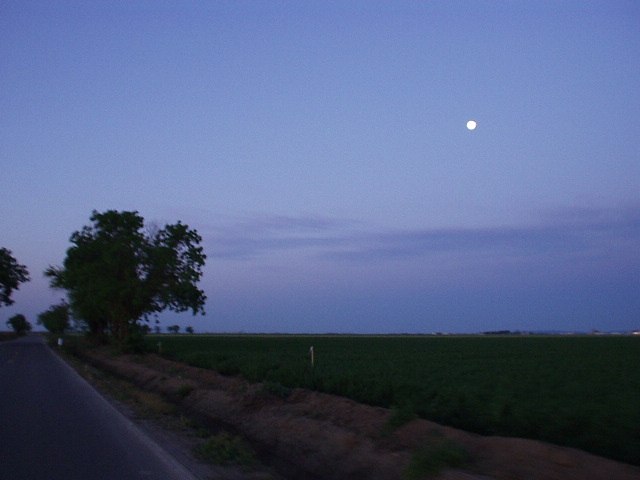 The 2003 Davis 400k Brevet was the third out of four brevets I needed to do to gain entry into the historic bicycle race, Paris-Brest-Paris. Here’s a short report I emailed out to a few friends after the ride:

Well, I’m back from Davis. (I finished at 2:19 a.m.–or 20.3 hours after I started–and then I slept in my car until 6:30 a.m., keeping with my new habit of waking up at 6:30!) The ride went really well until Mile 125. Then I went a little too hard on the first of a series of surprisingly tough climbs (I should have studied the elevation chart better… I thought there was just one major climb, so I went pretty hard on that one… and then came about 5 more “blips”…), and it took me about 40 miles to recover. Then the mounting bracket (the one I manufactured on Friday night) for my lights broke at Mile 175. Some mechanical engineer I turned out to be!! Luckily, it happened just 1 mile from the first store we passed by in about 50 miles, where I bought a roll of 3M packing tape. Then I wrapped gobs and gobs of packing tape around my lights to my handlebar… see attached picture of this.

That wasn’t the end, though (not even close!). So then it got dark… and extremely cold. I’m glad I brought my beanie cap, lobster gloves and an extra jersey (I almost didn’t), but my feet were still freezing. At the last checkpoint (Mile 208) I had the clarity of mind (barely, as I was starting to fall asleep) to take some sandwich bags, tear off the zip-lock portion of them, and put them around my socks and sandwich (ha ha) them in my shoes. That turned out to be a pretty good idea as my feet went from frigid to merely very cold during the last 42 miles after that.

However, the night went from very cold to extremely cold. I could only muster about 13mph not only due to reduced visibility (my new LED lights were really impressive, but it’s not quite like having a sun out!), but because everytime I went faster, I would get so cold I would start to shiver. The scary part is it could have been far worse. It could have rained, and then I would have died.

Well, the email excerpt from above summarized the ride pretty well, so I will leave it. Saves me some time from writing a full-fledged report.

But here are some additional comments: