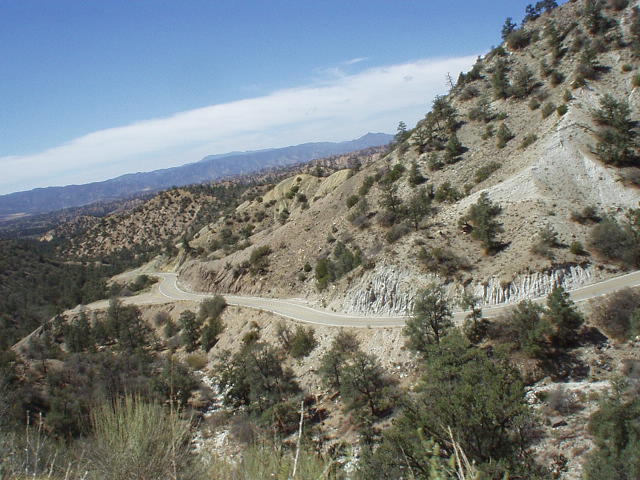 I was sick and tired. That’s right, sick and tired… but not of double centuries, but because of work! At least half-a-dozen people in the office were sick, and by the Wednesday before the Tour of Two Forests, I had a head cold. And a new project at work would require me to increase my hours, as there’s a lot to learn. Ugh.

On top of that, aside from short 5-mile bike-to-work commutes, I had only ridden my bike one time (yes, one) in the last 5 weeks (since Vineman). That was just a 21-mile training ride up and down a local hill–kind of a nice evening diversion, but probably not the most expertly done training. So it looked like this would be another double I would be undertrained, underslept, and unhealthy for.

But wait! To encourage myself, I read some reports I wrote from 7-8 years ago (including the Death Valley Double), just as a reminder that riding on little training was nothing to be daunted by. And true to form, I was recovering from my head cold really quickly (echinacea and nasal-pulsatile irrigation work wonders), so by Friday, I was feeling good except for a minor stuffy nose. And I managed to get a whopping 5 hours of sleep before the ride this time (instead of my usual 0-4… and yes, this was in the car), so and felt relatively well-rested upon waking up in the morning for the ride.

There was a mass start at 6:15 a.m. with about 150 cyclists. At this time the crisp air was in the high 50s, and wearing long tights, armwarmers, and a thin headband, I was very comfortable. The start was late enough that the sun had just broken the horizon, and no headlights were needed in the morning, just a tailight.

And maybe a tailwind? The first couple of hours were fast. Despite not drafting off of anyone and not going all out, my average speed up to Mile 32 was a whopping 22.5 mph. Likely, we also had a net elevation drop. Whatever the case, at that point I was thinking, “just three miles to the first checkpoint… wouldn’t it be something to have arrived at the first checkpoint 35 miles into the ride with an average speed of over 20 mph, without really trying.

But even as my average speed steadily declined, the road would keep on going up… seemingly, for the majority of the next 50 miles.

Nothing was super steep, but the climbs were long. A couple of times, a downhill would show up in the form of a smooth, sweeping, low-travelled road where a death grip on the brakes was completely unnecessary and one could utilize gravity without much reservation. But as the descents were so untechnical and high-speed, they didn’t last too long, at least timewise. And hence this 45 mile stretch seemed mostly up, up, and up.

At Mile 81 was the official “lunch” stop, and though I still felt fairly good, I could not resist chucking down a can of Pepsi. I did resist the plentiful Subway sandwiches on hand, which surprised one of the cheery Planet Ultra volunteers hosting the checkpoint. “Large sandwiches seem to make me fall asleep,” I explained, mentally recalling incidences in last year’s Climb to Kaiser and the 2002 Heartbreak Double. So I soldiered on with a single cookie in my mouth instead.

The next stretch looked familiar as it was the exact same stretch from Ventucopa to Gorman/Frazier Park as during the 2002 Heartbreak Double. With the same hill, named “Heartbreak.”

I chatted with another rider for a little bit. “Looks like it’s going to get a little warmer now,” he said, alluding to the sun that was in full force now. I looked down at my thermometer, however, and it was still reading mid-70s. Just about perfect. Not too hot (unlike in 2003, the other rider said), and a definite improvement over the weather from the 2002 Heartbreak Double, which at times was downright cold!

“At least Heartbreak Hill is short,” I remarked, “unlike some of the climbing we just did in the last stretch.”

“Yeah, but it’s a lot steeper than anything in that last stretch,” was the reply.

Which it was, but not too steep. I really did not think Heartbreak Hill was much deserving of its name back in 2002; this year, I felt the same. I’d guess the steepest section is about 13%. Not exactly easy, but not lung-busting or leg-breaking either.

The subsequent climbs were somewhat similar, minus the dramatic views of Heartbreak. This included the Owl Barn Summit, after which is all downhill to the next checkpoint at Mile 120 to Gorman! The descent down Frazier Park road is perhaps the most thrilling in the ride: a wide, straight shot, down to I-5 and the Good Night Inn, where the next checkpoint was located. Maximum speed: 44 mph. Almost keeping up with the cars, some of which containing passengers with a look on their faces best described as “incredulous”…

At the checkpoint were more friendly volunteers, one of which stated “there’s plenty of PB&J sandwiches and Pepsi… they are the BEST for these types of rides.” I could not agree more. PB&J has become my energy food of choice over the last couple of years, preferring them to the highly processed, sugar-laden cardboard-texture non-water-absorbing (and expensive!) “Powerbars” (generic term used here), and it has been well-documented in my ride reports that Pepsi, perhaps because of its caffeine (which I otherwise completely abstain from to keep my sensitivity high), makes a huge difference whenever I am really fatigued and feeling very much like crap.

In this case I wasn’t feeling like crap, but the suggestion of the Pepsi made me grab one, and I chucked down about half-a-can before soldiering on. Bad stuff to use as part as one’s daily diet, but great for a treat or a pick-me-up in extreme athletic events.

Less than a mile after leaving the checkpoint, I ran over something which was soon knocking against Canny’s front brake caliper with every revolution of the front wheel. I dismounted, only to see a huge 1-inch staple now partly embedded in the front tire. Which was rapidly becoming flat… doh! I quickly changed the tube, but soon determined that the tire puncture was large enough that I should use some sort of boot material. I found a paper card in my saddlebag in which I wrote down emergency contact info, tore off a piece, and sandwiched it in beneath the tire and tube underneath the tire hole. That did the trick for the rest of the ride.

The next section, to Elizabeth Lake, was about as serene and desolate as any part of California can get. For seemingly a whole hour, I did not see a single cyclist and hardly a car or a motorcycle or two.

I loved it, though it did prompt me to check my route sheet a little more often, if only to make sure that I wasn’t seeing any other cyclists because I was off course.

There was quite a bit of climbing. Again, nothing super steep or very very long, but not trivial. And finally, with just one or two climbs left before Lake Elizabeth, I saw another cyclist in my rear-view mirror which was a welcome sight as it assured me that I was not lost. He was slowly but steadily gaining on the climbs, but then came the descent, to Lake Elizabeth.

I had just dismounted from my bike at the checkpoint when the guy who was riding behind me hollered, “I was chasing you for the last one-and-a-half hours and I couldn’t catch you!” That made me smile.

“Yeah, I saw you catching up to me on the climbs, but I kept getting away on the descents,” I said.

We weren’t racing, but it was a tacit acknowledgement of the spirit and comradarie found in ultramarathon cycling events. The journey is long, the destination the same–and in the process, cyclists support their brethren in many ways, even if subtlely like motivating the other rider to carry forward, with determination and courage. In this case, the rider behind me had motivated me to pick up the pace just a little on the descent, just as the sight of me had motivated him to “chase”, to ride a little harder and arrive at the checkpoint a little faster.

The last leg: not much climbing left. Aerotime.

For the last couple of hours I was trying to assess where exactly the wind was coming, which seemed to be propelling us from behind seemingly all day! But it had to be impossible to have a tailwind 70%, or even 80% during the ride, yes? I had my apprehensions that once we turned southwest towards Santa Clarita, instead of going directly east towards Palmdale, we would finally be faced by a strong headwind.

But thankfully, it never came about except for maybe a few strong gusts for a couple of miles in just a handful of sections. The wind and terrain was favorable, I was feeling good, and the scenery… great.

The sun was soon setting however and though I knew that there was no way I would beat it to the finish this motivated to ride harder. Finally, at 7:15 or so, I had to switch on my headlamp. Mostly for safety reasons, however. By Mile 185 or so we had finally hit an urban area which had streetlamps, but unlike the rest of the ride, there was now a fair amount of traffic. Woohoo, almost there… could even see Magic Mountain in the distance.

Indeed, the final destination–the Hilton Gardens of Santa Clarita–caught me by surprise that I even overshot it by half a mile! Now recognizing the surroundings, however (“hey, isn’t that parking lot over there the one I had slept in my car at”?), I turned around and after what seemed like an eternity at a traffic light, I entered the Hilton parking lot.

I put my bike in the car, then checked in (hence my official time is about 9 minutes later than when I actually came in), and had a quick dinner at Jack and the Box. After driving a hundred miles, I slept for 5 or so hours, and woke up… and noted that there was no sign of a head cold anymore. Once again, as has happened a few other times before in my life, my head cold seemed to be entirely eradicated right after a long-distance athletic event. Long aerobic efforts like this one seems to really help clear up any congestion.

On another note: not only would this be my last double century for 2004, but it was the last one I needed to do to have done every double century currently listed on the California Triple Crown calendar. It took me long enough–8 years! (And sadly, I never got to do some now-defunct ones, like the Route 66 Double…)

Can’t think of a much better double to do as the last one. What’s up for next year? Don’t ask me yet. For now, it’s back to work.