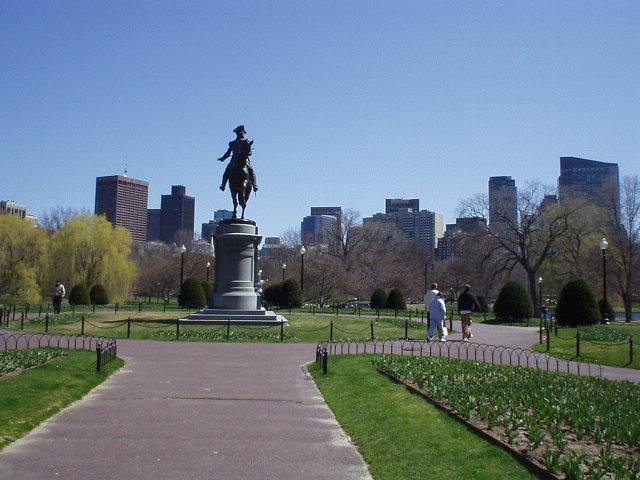 April 15, 2005 Fri 1:45 a.m.: After a full day of travel, I made it to the Hostelling International hostel in Boston, where I’ll be staying for most of the night. My main purpose here, other than to check out the city for the first time, is to offer moral support for my friends Chris, Russ, Sharon, and Steve at the Boston Marathon. Some notes:

[Days later]: I did a tour around Boston with my friends from California. The wonderful thing about Boston is it is fairly compact and easy to walk around, with an excellent mass transit system. We also did a trolley tour but honestly it would have been just as easy to go around on foot/subway and save the $25.