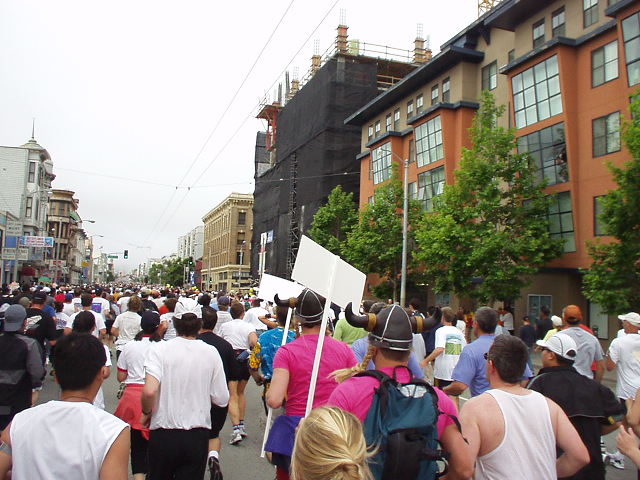 When I saw that you finished at 1:02 in B2B, I didn't think 193rd place could possibly be right. Officially, you finished 1930, according to the B2B website, which of course doesn't discount the time wasted before you got to the starting line. Couldn't you register as a seeded runner and be way in the front? ↩ Reply

Mark, you are right -- funny, a few days ago, I swear the website did not have the '0' (I checked it a few times since I didn't think it could possibly be right either!) Anyhow, that makes a lot more sense. Registering as a seeded runner would be a good idea for those serious in racing, but alas, I'm not fast enough yet. Qualifying times are here: http://baytobreakers.com/info/seeded.html#s_times . ↩ Reply