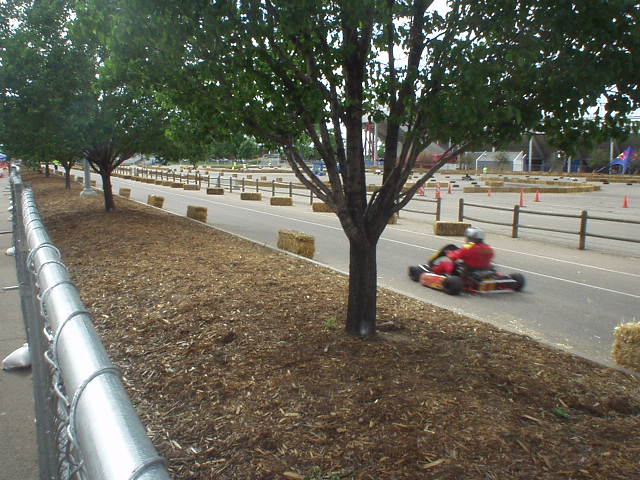 My former co-worker Ken was racing in the Greeley Grand Prix this weekend, so I went to check out the qualifying rounds. There were lots of ultra-low frames on 10-inch tires (and that’s the outside diameter) making lots of noise and enormously big heads sticking out of them. Oh wait, I mean normal-sized heads in ultra-small race cars, also known as go-karts. I never saw Ken but learned a lot about these vehicles. A few facts about them:

It was fun watching these little cars in action, and I’m sure even more fun to drive. That said, I’ve concluded I don’t really have a great interest in picking up go-karting as a hobby. Go-karts are limited to the track, and just don’t have the same aura to me as a sports car. Or a motorcycle. So for racing, I think I’ll stick with running and time-trialing instead.