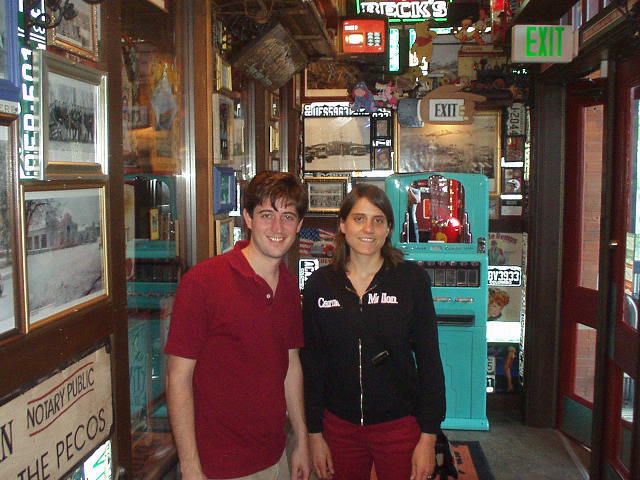 “We met 10 years ago when I was in Germany and Felix was in California… on the internet,” Kathrin replied when asked by a friendly young woman in the New Belgium Brewing Company who was sitting next to me about how we knew each other.

Ten years… wow! Who says the Internet doesn’t breed long-lasting, deep friendships. From the time I would be working in the CAD Loft at Stanford at 2:00 a.m. in the morning, to visits in California, Tennessee and Pittsburgh, we have kept in good touch over the years.

Happily, Kat is now engaged to Guy—a former labmate of hers during their time at Carnegie Mellon University, and a fun guy I met five years ago well before they even started dating!—and one day a couple of weeks ago they spontaneously decided that they wanted to see the mountains after living in the plains of Chicago, IL / Lafayette, IN for some time now. So they booked a cheap ticket to Denver (hooray for Southwest!), drove up to Fort Collins, and voila! I got to see Kat and Guy again!

Their visit was for just two days, but we managed to pack quite a few things in for them to experience “the essence” of Fort Collins and beyond. This included:

Some general people photos are here. Also, check out the posts/photos for Horsetooth Mountain Park, the Parade of Years Car Show, and the Rocky Mountain National Park. In addition, you can check out Guy’s photos.