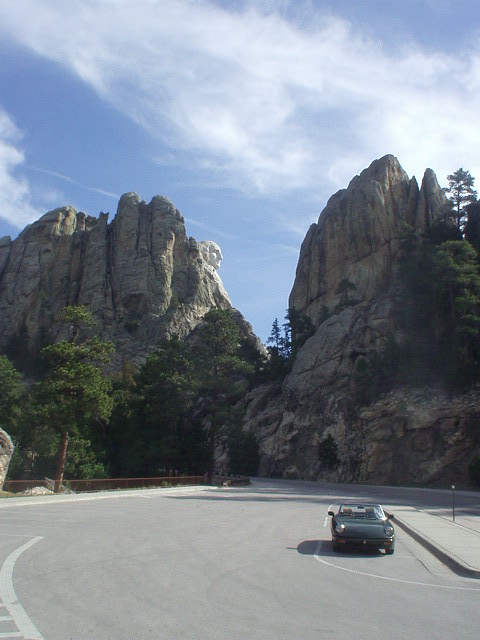 Despite its grandeur there is first something cynical about the presidential carvings overlooking the Lakota’s sacred Black Hills. After all, imagine that your ancestors had lived in one of the nation’s most beautiful areas, covered with lush grasses and ponderosa pine, and then, say, Mexico invaded the territory and quickly took it over. Then, just a few decades later, sculptors carved giant renderings of Vicente Fox and Ignacio Zaragoza into the mountains above your former house, as if to constantly remind you, “this land is OURS.”

And there you have it: Mt. Rushmore. Only that Mt. Rushmore features our former U.S. presidents, not Mexico’s, and the land taken away was not yours, but the Native Americans’.

Controversy aside, the sculptures of George Washington, Thomas Jefferson, Abraham Lincoln, and Theodore Roosevelt is remarkable. Begun in 1927 and completed in 1941 during the third term of Franklin Roosevelt (who, quite frankly, deserves to be up there too), it is a tribute of America’s first 150 years of existance.

Fittingly, the Lakota response to Mt. Rushmore is a mountain sculpture of Crazy Horse, their leader who played a vital role in the Battle of the Little Bighorn. That memorial
is an even larger project in arguably a more picturesque location, only about 10 miles away along Highway 385.

Actually, both sculptures are testaments to human courage and ingenuity, taking decades to complete (actually, the Crazy Horse Memorial is not even halfway done 60 years later), tons of dynamite, etc. Driving to them is a delight due to the splendor of the Black Hills. The Native Americans considered this sacred land. It is.