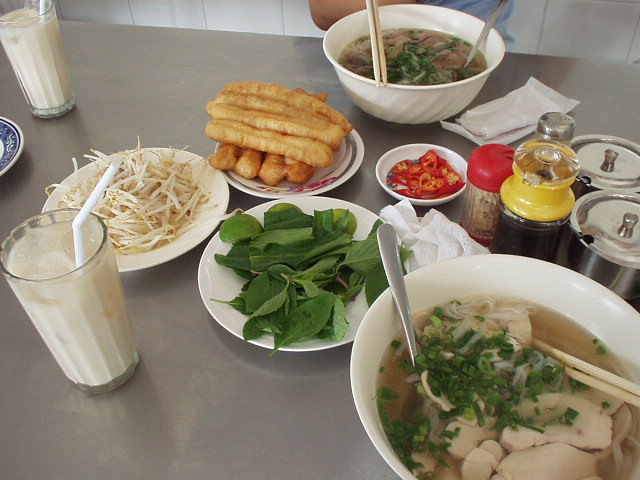 One thing I really enjoyed in Vietnam was the food. Vietnamese food is quick, delicious, and healthy. Despite eating it every day for 2.5 weeks I never reached the point where I threw up my hands and screamed, “No mas! No mas!” Anyhow, here are some more notes:

I am a Vietnamese , I searched Google and accidentally enter your page. How interesting it is to read what foreigners think about Vietnam!